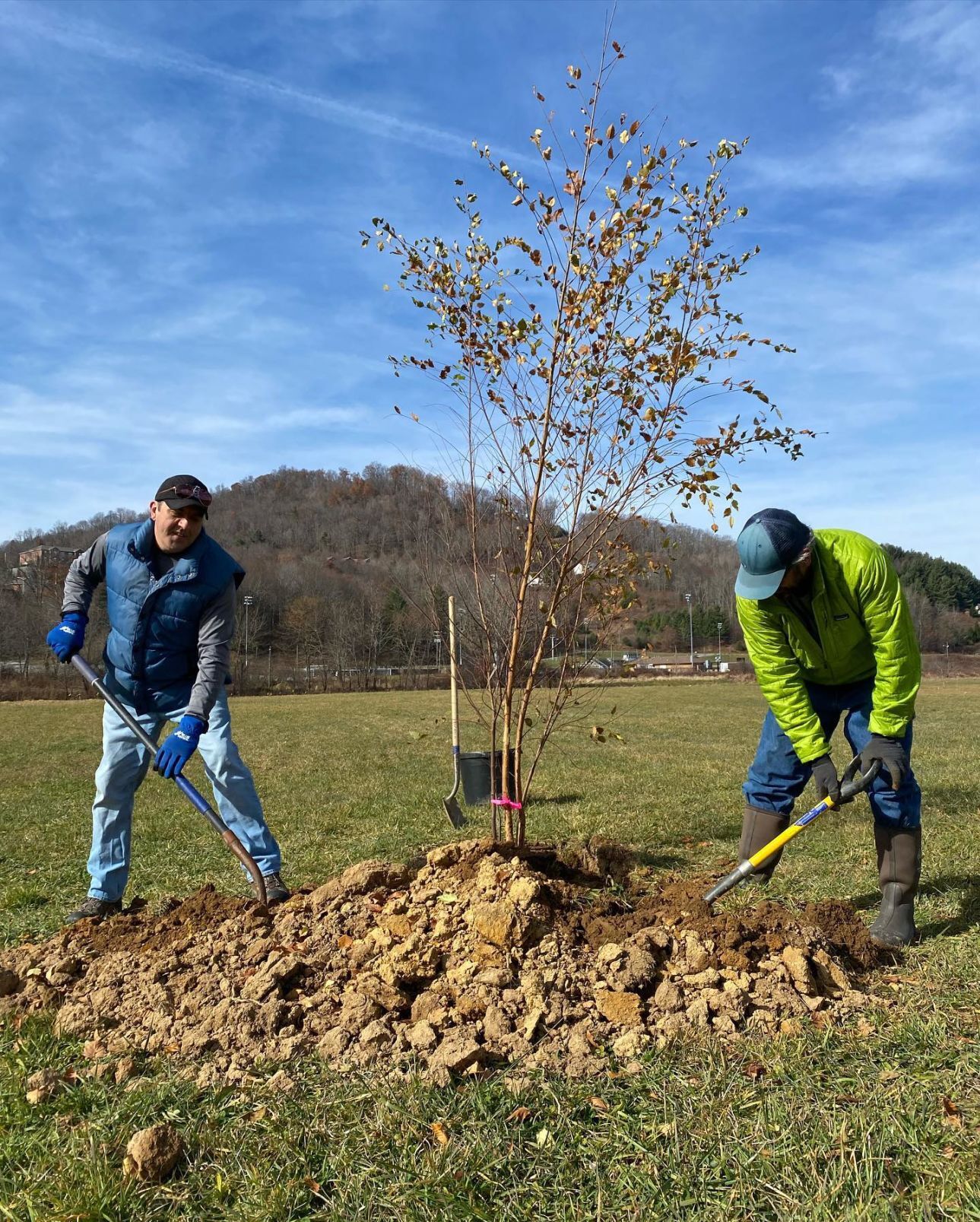 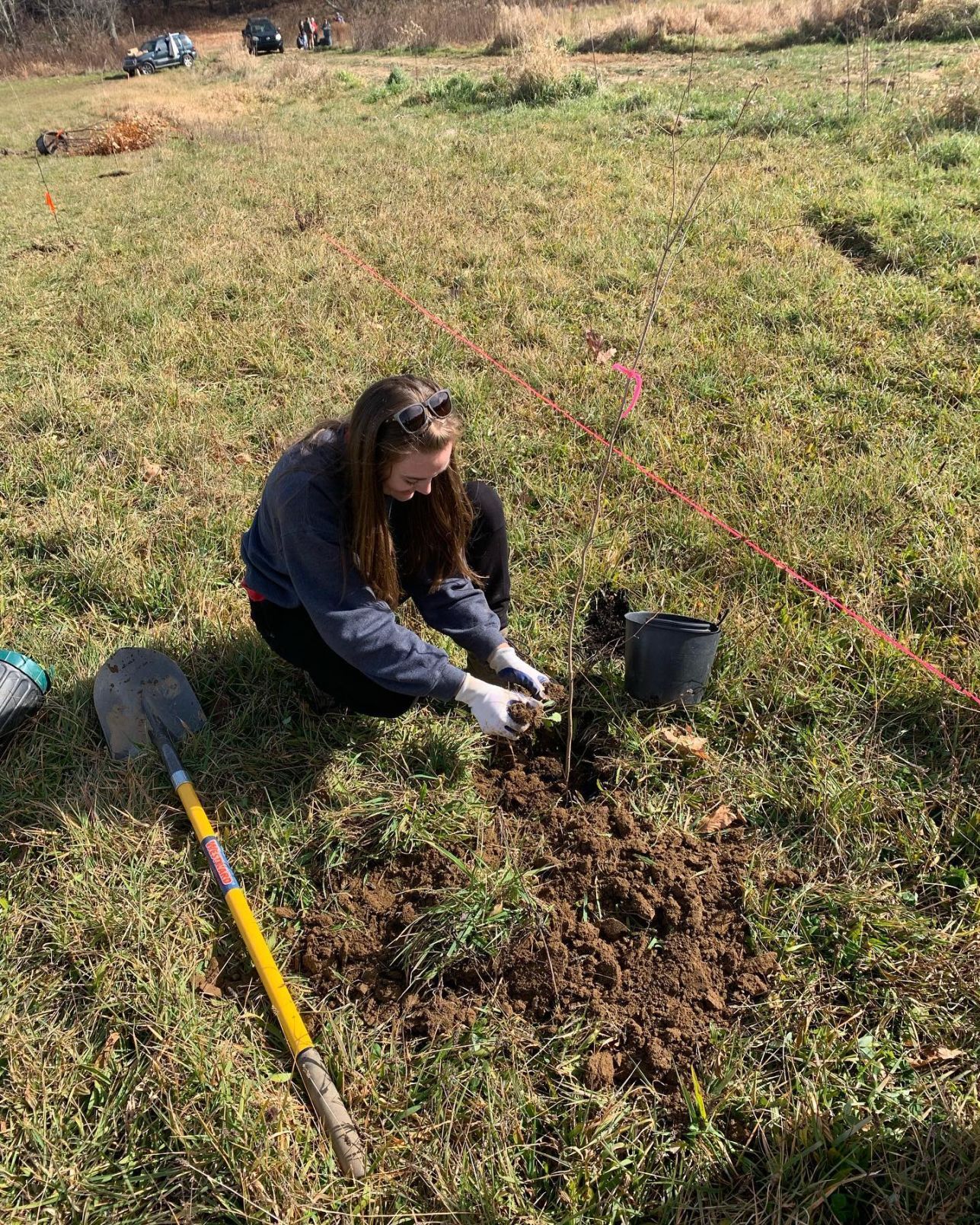 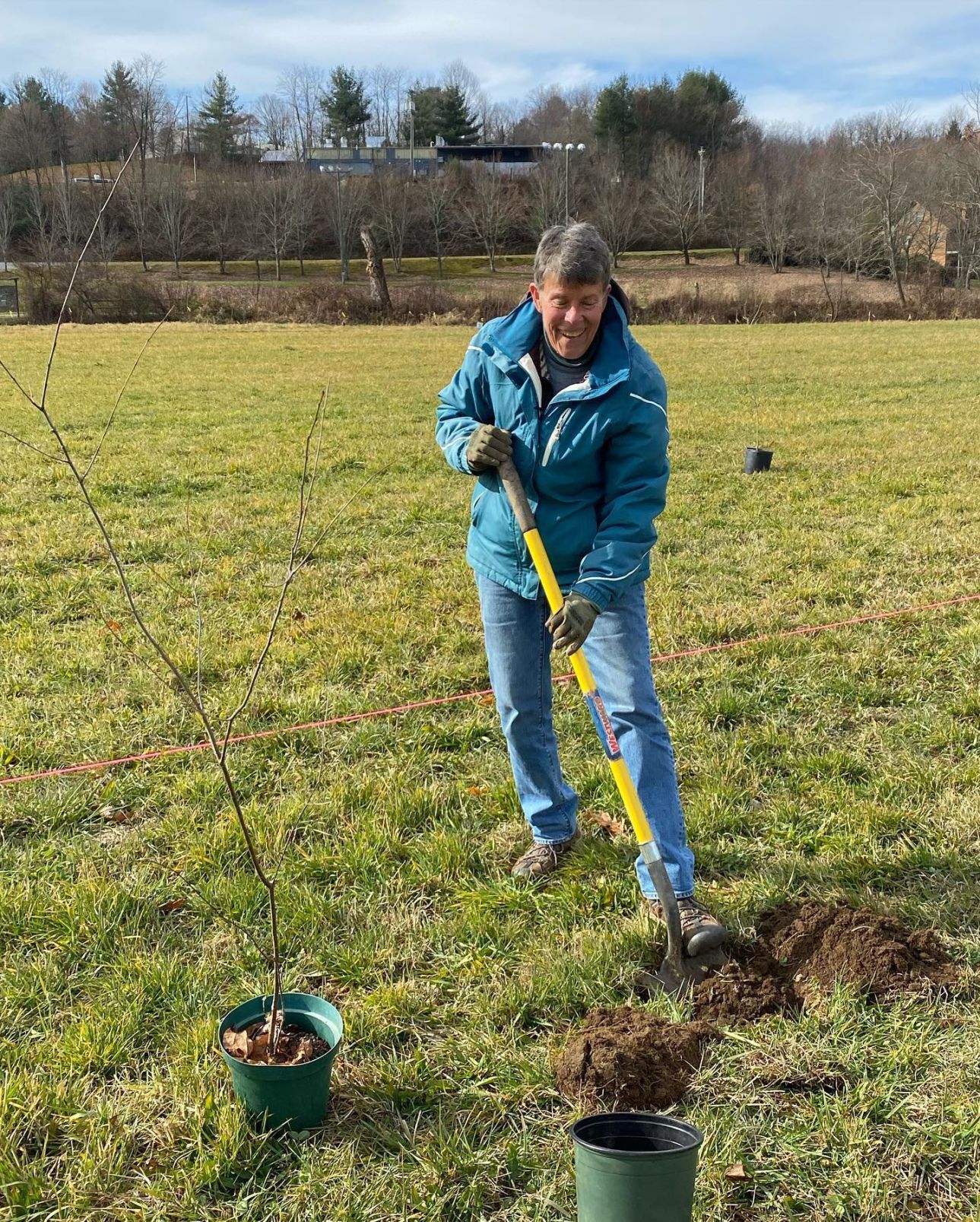 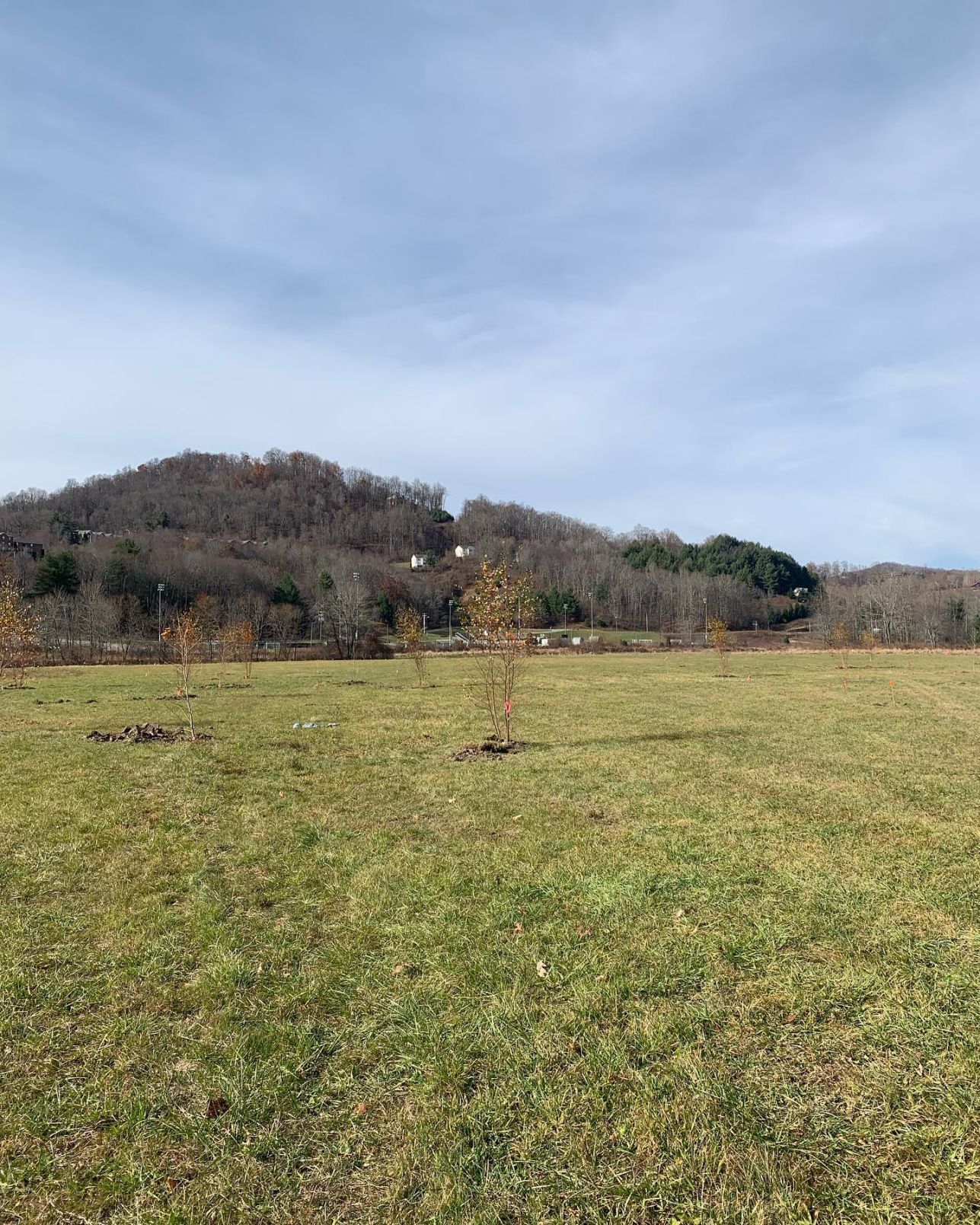 BOONE — Nearly 30 volunteers came together on Nov. 20 to plant 174 trees throughout the floodplain of the former Bolick Farm, which is now owned by the town of Boone.

Boone partnered with the New River Conservancy to plant the trees as part of a larger restoration and reforestation of the floodplain along the South Fork of the New River.

“Boone has partnered with New River Conservancy on multiple stream and river restoration projects,” Santucci said. “The recent phase of this project restored nearly 3,000 linear feet of the South Fork on both sides of the river, Bolick and Brookshire. Watauga County supported the project financially and welcomed restoration activities to the Brookshire Park side of the river.”

Tree species included sycamore (14), tulip poplar (14), black cherry (58), basswood (22), hazelnut (16), red osier dogwood (10), yellow buckeye (20) and river birch (20), which Santucci said were paid for by a grant from Audubon NC. The grant was secured by the High Country Chapter of the Audubon Society.

“(The trees) are native and well suited for frequently wet areas,” said NRC Restoration Direction Chelsea Blount. “In other words, they like to keep their feet wet. Together, they will create a diverse, forested area for native and migratory birds.”

Blount said the trees were supplied by Mellow Marsh Farm, Piedmont Carolina Nursery and Weaver’s Nursery. Blount also said the tree planting effort was an expansion of the recently completed river restoration funded in part by the NC Land & Water Fund along with financial support from both Watauga County and town of Boone.

Blount said several other organizations helped support the volunteer day, including the town of Boone for protecting 30 acres, allowing us to restore it, and for continued support of efforts like this; High Country Audubon Society for initiating the partnership, writing the grant for trees, and providing volunteers; Watauga County Cooperative Extension for providing the shuttle van to safely get everyone to the site; New River State Park for lending tools and volunteers; and Blue Ridge Energy for allowing the volunteers to gather in their parking lot while we welcomed volunteers.

The Bolick farm was purchased by Boone at the end of 2016. In addition to the restoration of the bottomland forest, Boone plans to build a municipal complex on the upland portion of the property and add to Boone’s greenway system along the river, according to Santucci.