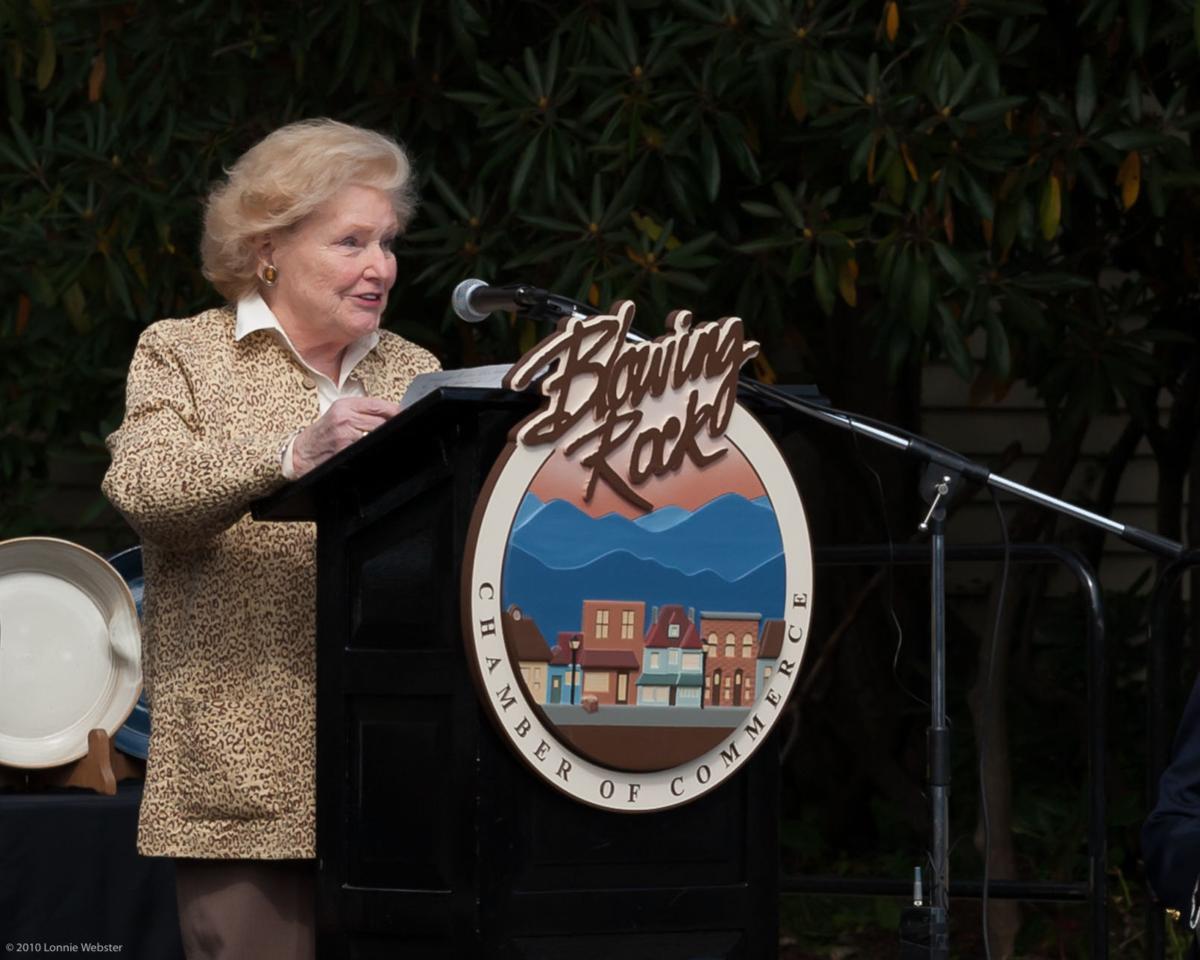 Harriet Davant speaks at the Blowing Rock celebration of the Blue Ridge Parkway 75th Anniversary in 2010. 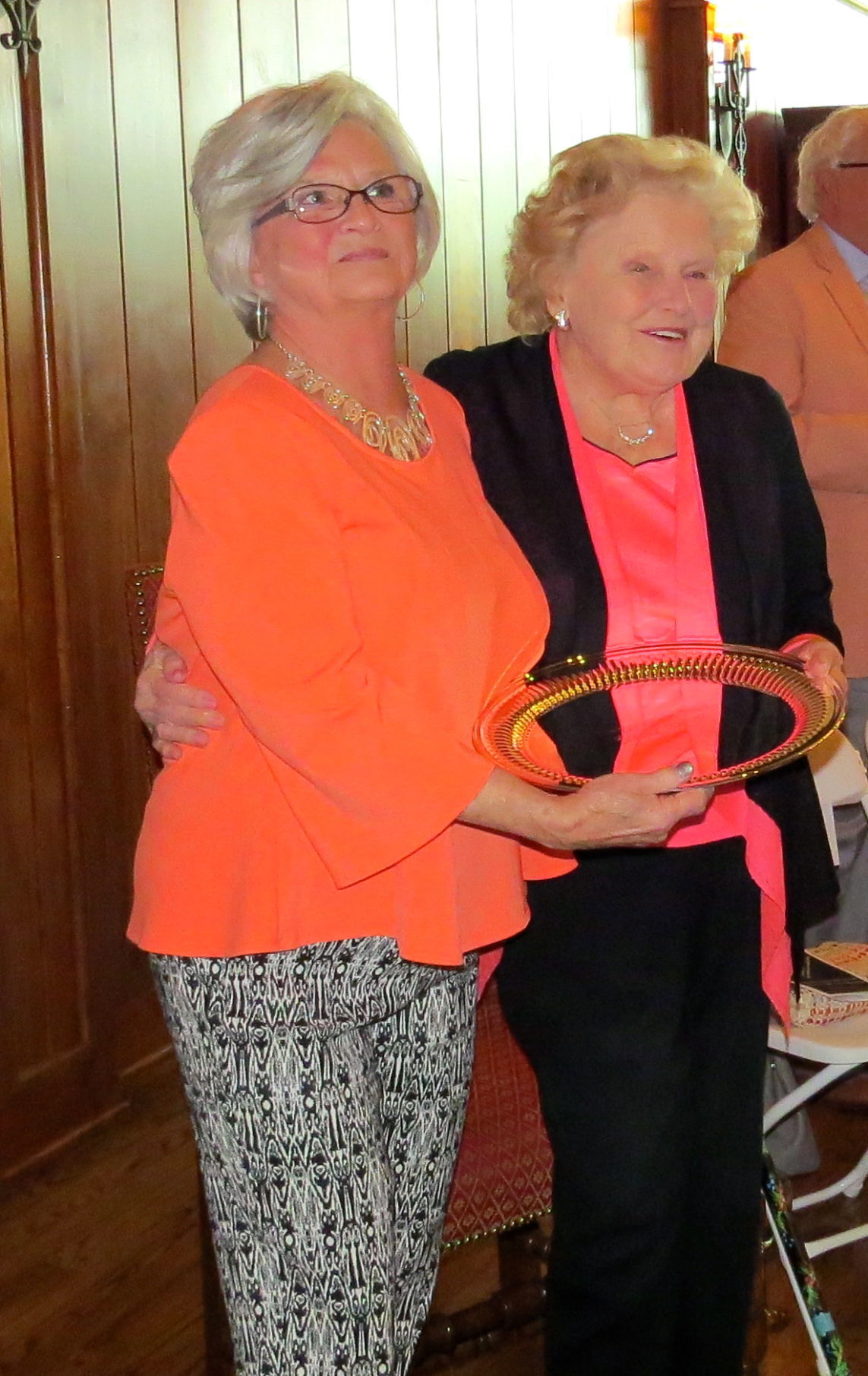 Harriet Davant speaks at the Blowing Rock celebration of the Blue Ridge Parkway 75th Anniversary in 2010.

“She was the epitome of a Southern lady,” said Lynn Lawrence, longtime Blowing Rock volunteer and “Quiet Corner” columnist for The Blowing Rocket. “She helped to shape the foundation of our town. I remember as a child, her heart was helping the kids of the town, us mountain children. It’s a real loss.”

“When I heard that she had passed, I thought at least mama will get to see her friend again,” Lawrence said, noting her mother and good friend of Davant, Betty Pitts, who died in June 2018.

“She was very well thought of in the community — the Davant family have been the real icons and supporters of Blowing Rock,” said Mayor Charlie Sellers. “She’s going to be missed. What (the Davant family) contributed to our community is second to none.”

Davant and her late husband, Charles, who died in 2003, first moved to Blowing Rock in 1948, seeking to escape the polio epidemic. The couple then opened the town’s first medical clinic in the early 1950s.

“Her husband spent many long hours working in the medical clinic, making house calls day and night, and then working in the emergency room clinic,” Suzanne Miller said of Davant in 2016.

The legacy of the Davant family continues at the Harriet and Charles Davant Jr. Medical Clinic at the Foley Center at Chestnut Ridge, which opened in 2017. Her son, Charles “Bunky” Davant III, continues the family legacy at the Blowing Rock Medical Park.

“Davant led many projects for the betterment of her beloved mountain community,” her obituary stated. “She was smart, funny, independent, loyal and dedicated to family, friends and her community. She was relentlessly cheerful. She was beloved by all who were fortunate enough to know her.”

The Blowing Rock Community Foundation named her “Woman of the Year” in 2016, describing her as a “steel magnolia” and “the ultimate Southern lady.”

“Her husband first hired me when I first started working for the town of Blowing Rock,” Councilperson Doug Matheson said. “Harriet takes over you just like a mom. ... That Southern accent of hers, when you listen to her, you think you’re in Charleston (S.C.). She was very supportive of the doc and very supportive of the things they could do. They really cared about the locals of Blowing Rock. She was just so many things to so many people in town.”

Davant was a founding member of the Watauga Medical Auxiliary, a group of physicians’ wives who were active in promoting quality medical services in Watauga County, and also served on the board of directors for the Blowing Rock Hospital. Davant also worked with Watauga County Schools and was a trustee for the Morehead Scholarship Foundation at the University of North Carolina at Chapel Hill.

Volunteering was close to Davant’s heart as she encouraged summer residents to give their time and talent to areas where they were needed, starting a tradition that has continued today through multiple charitable nonprofits in the town.

“She laid the foundations of volunteering 68 years ago for education, quality of life, a time for fun and exploring and the dedication to help bring high-quality medical care and services to our community,” Miller said in 2016.

All the while, Davant raised two children, as explained at her 2016 Blowing Rock Woman of the Year presentation by Miller, the previous year’s winner.

“She kept a pony in their front yard in downtown Blowing Rock,” Miller said. “Her daughter loved horses and was allowed to ride horses during the day all around town. One day, her daughter came home reeking of a foul odor, at which time Harriet discovered that her daughter had fallen off the horse into a horsey mess. She was undressed outside and sent straight to the bath. Her clothes went to the trash can.”

Meanwhile, Miller said, Davant’s son was in the attic building a rocket.

“And it went off early,” Miller said. “Straight through the roof.”

Funeral services for Harriet Carolyn Browning Davant were to be held Wednesday, Feb. 12, at 2 p.m. at St. Mary of the Hills Episcopal in Blowing Rock. The body will lie in state, at the church, from 1-2 p.m. Burial will follow in Woodlawn Cemetery in Blowing Rock.