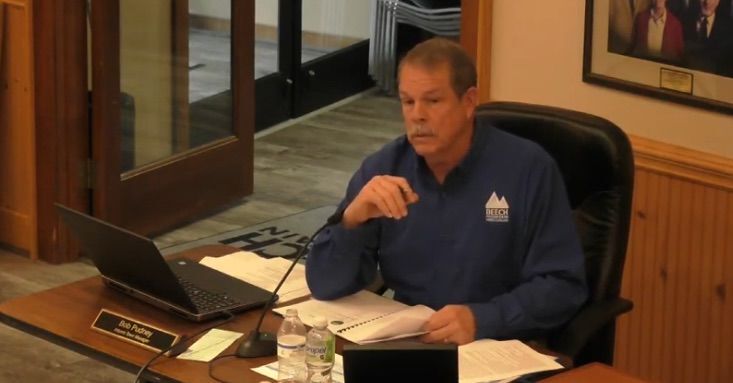 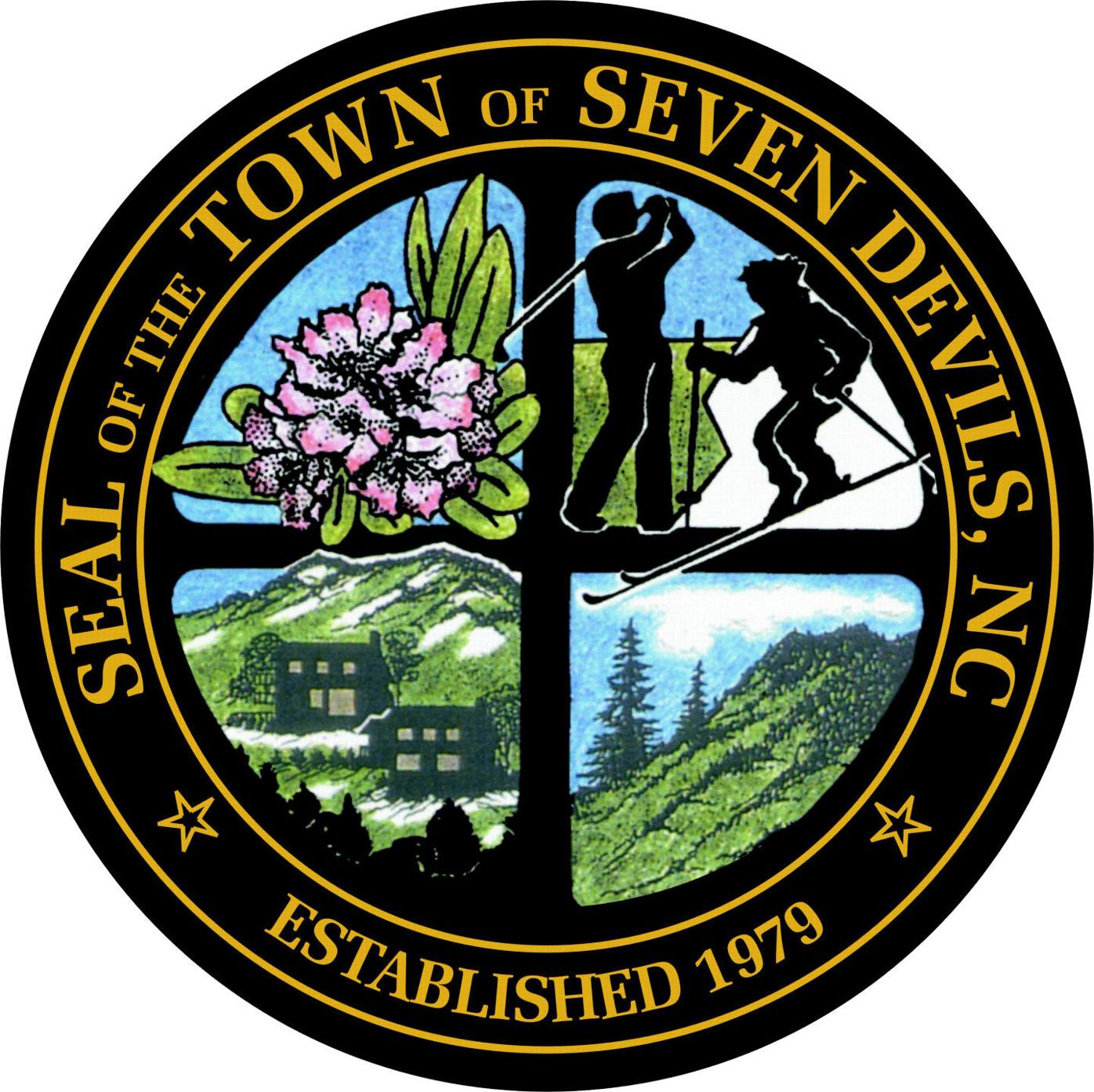 The Town of Seven Devils held its monthly meeting on Tuesday, July 14.

The town councils of Beech Mountain and Seven Devils met on Tuesday, July 14, and highlights included an ordinance to help keep bears out of Beech Mountain residents’ trash, and new officer Kent Howell was sworn in.

The Beech Mountain Town Council meeting commenced with the reading of public comments. Charles Malone of Dogwood Lane requested that the town pave the road he lives on as well as Lake Road. Malone cited that these roads were “without a doubt the most heavily traveled unpaved roads in the town of Beech Mountain.” Malone also said that these roads are frequently used by construction traffic, provide quick access to Beech Mountain Club Recreation Center, and the dust caused by the amount of traffic is “intolerable” for those who have breathing problems.

Barbara Sugerman implored the council to consider taking action to prevent people from burning fires indiscriminately. Sugerman noted that there were two properties near her residence where neighbors were causing a nuisance, including one property where the resident was having wood delivered to the home and was burning it daily. Sugerman claimed that the incessant smoke is causing smoke damage to the exterior of her home and ruining her air quality.

“This is in no way an attempt to ban fire pits. It is a plea to create a structure and an upgrade to the current ordinance to allow proper use, so as not to create toxic smoke and toxic air quality in and around the neighborhood homes,” Sugerman wrote in a letter to the council.

The council approved a motion to amend the budget to include $27,758 in funds that were provided to the town from Watauga County in compliance with the CARES Act.

The council set a public hearing for a new ordinance for the town to consider that would implement bear-resistant trash enclosures. The new garbage cans would prevent bears from accessing the inner contents and reduce the likelihood of interactions between people and in wildlife within residential areas. The public hearing is set for the next council meeting in August.

According to a report by the Tourism Development Authority, Beech Mountain has been seeing a number of visitors return despite hospitality and tourism industries reporting lost revenue due to the pandemic. Visitors frequented the Visitors Center 582 times in the the month of June, which is less than the 709 visits received in June of 2019. Most requests for information were for hiking trails, places to eat and summer lift rides.

After the Seven Devils Town Council approved motions to adopt the meeting minutes and consent agenda, Town Manager Debbie Powers presented her monthly update. Watauga County hosted testing for COVID-19 at Watauga High School on July 18. Powers said that further summer events are being evaluated weekly and cancellations will be implemented as needed.

The town received COVID-19 relief funds in the amount of $7,000 and $20,000 from Avery and Watauga counties, respectively.

Police Officer Kent Howell was introduced to the town council, and a ceremonial oath of office was given. Additionally, the council presented a proclamation of recognition to Sarah Manning for her years of service on the High Country ABC Board.

Powers also presented the town’s financial report, which included the Tourism Development Authority, the Alcohol Beverage Control Board and Sales Tax Distribution revenue reports. A graph of the revenues from the three sources reflected decreases in occupancy tax, sales tax and ABC revenues during the final quarter of the 2019-2020 fiscal year.