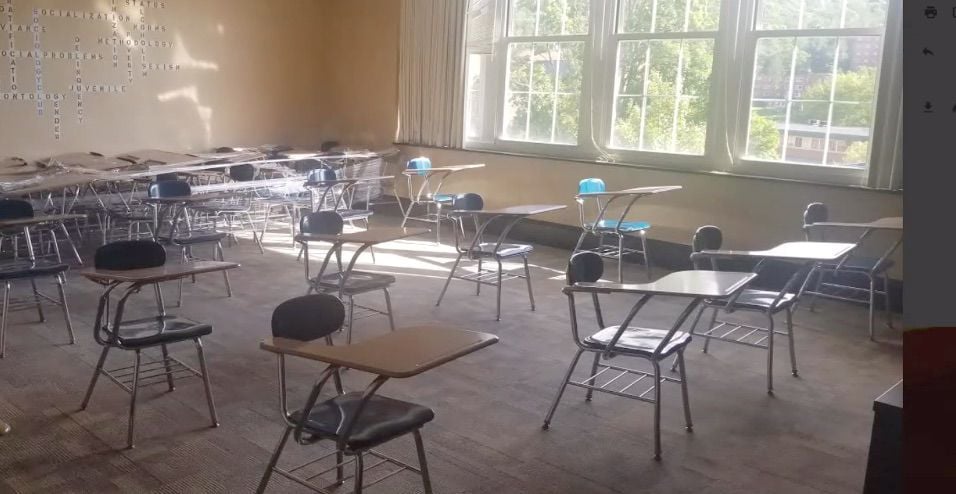 Department of Sociology Chair and professor, Cameron Lippard, shares a photo of his classroom with 15 desks that are spaced three feet apart that once sat 45 students. 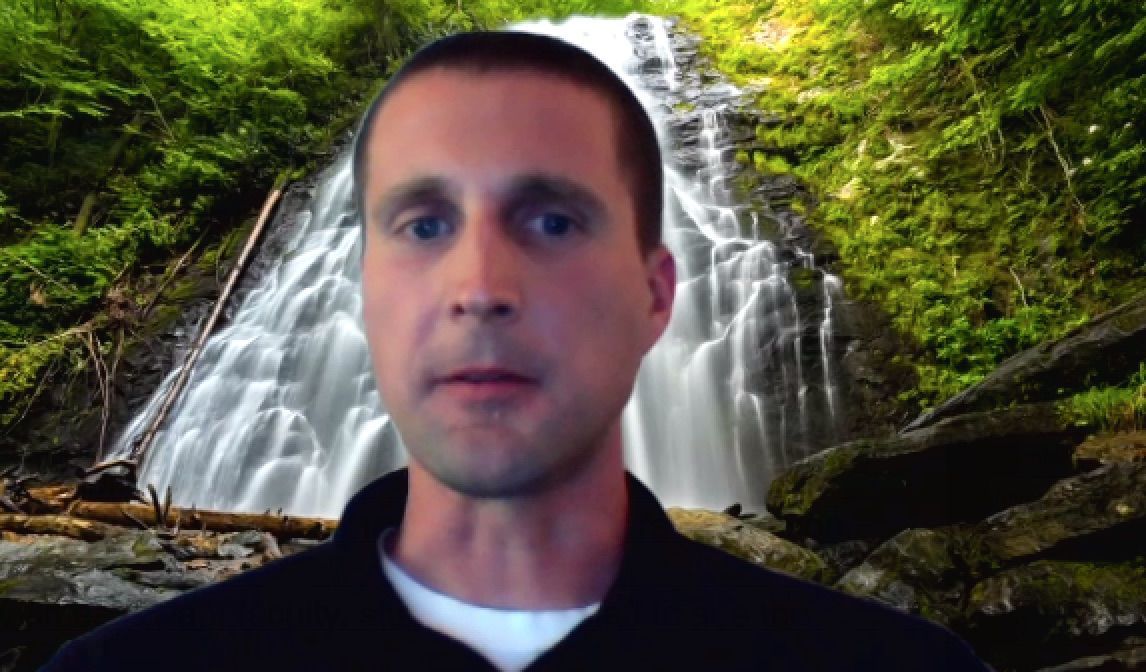 Department of Sociology Chair and professor, Cameron Lippard, shares a photo of his classroom with 15 desks that are spaced three feet apart that once sat 45 students.

BOONE — Appalachian State administrators outlined decisions about the fall 2020 semester and fielded questions during a special June 22 meeting of the Faculty Senate.

For the next few hours after information was presented to the group, faculty had various questions about the operations of the fall semester.

Some would say that the COVID-19 pandemic has created some of the “hardest times higher education have ever faced,” Norris said. She added that like many campuses across the nation, App State officials don’t yet have all of the answers for fall 2020.

Marshburn explained that planning for the fall semester has been led by the Chancellor’s Recovery Strategy Leadership Team, the Project Management and Implementation Team and the Emergency Management Task Force. Marshburn’s office plans to conduct weekly meetings with department representatives to share information about available resources and to help address any questions or concerns.

McKenzie is part of the Project Management and Implementation Team, and said the group committee is basing its recommendations on guidelines set by the Centers for Disease Control and Prevention and the University of North Carolina system. Norris said the group has worked to gather feedback from various stakeholders across campus, including faculty, staff and students.

The university plans to begin the fall semester on Aug. 17, with no fall break and final exams to be administered online. University officials have identified 53 alternative classroom spaces — such as the Plemmons Student Union and Legends — across campus to allow for social distancing, as classrooms will only be allowed to accommodate for 50 percent capacity, Norris said.

Work is ongoing to identify different modes of course delivery — including face-to-face, hybrid (both face-to-face and online), high-flex (which allows for flexibility in rotating who is in the classroom) and strictly online. Norris added that current technology capabilities for existing classrooms and new alternative classrooms have been identified, which led to an order of an additional 300 camera and microphone systems, 35 projectors and 85 OWL cameras.

App State will be implementing cleaning and disinfecting protocols with the help of 50 additional temporary custodial staff who will clean classrooms multiple times a day. Custodial staff will also be in charge of restocking hospital grade disinfectant, paper towels and refillable hand sanitizer dispensers, according to Norris. Additionally, 300 sanitizing stations will be installed at primary entrances and exits of academic buildings and high-traffic areas. McKenzie said his committee is waiting for further federal and state guidance when it comes to topics such as elevator usage.

According to Norris, university officials were working on optimizing the current heating and air systems in buildings to create fresh air exchange. This is in addition to the mandate to wear masks when on campus, and the creation of signage to direct traffic flow in buildings. To date, the Campus Emergency Operations Center has distributed 16,811 units of supplies to the university community — most of which has been face masks or face coverings, according to Marshburn.

To ensure students are aware of community expectations for the fall, Norris said officials in Academic Affairs and Student Affairs are developing a “welcome week” which would consist of students in small groups that are spaced out as much as possible.

Faculty Senator Matt Robinson — a criminal justice professor — said that the reality of a student’s social life off campus makes on-campus policies, such as wearing masks, irrelevant. Robinson said a student of his recently sent him a video of students interacting off campus who were not social distancing.

“If that’s going to come back to campus, then it doesn’t really matter what happens on campus,” Robinson said.

The university is procuring a screening application that would allow all faculty, staff and students to complete a screen each day prior to coming to campus. Testing, contract tracing and quarantine protocols would all be done in accordance with local public health officials, Norris said.

The Faculty Senate also heard from Clint Coffey, the chair-elect of Staff Senate, who said he was primarily concerned about open and frequent communication from the university as well as receiving clear guidelines. Coffey said Staff Senate really wanted to see some sort of framework for returning to work that ensures safety for staff.

Both Norris and McKenzie said the university is in the process of finalizing the scheduling for the fall semester to allow students and faculty to request accommodations. Several faculty inquired whether or not they would be “forced” to teach face-to-face in the fall. Several noted caring for elderly parents or being at risk themselves if they were to contract the COVID-19 virus. Norris said the university has “obligations” to provide face-to-face instruction, but the university wants to give faculty the opportunity to request accommodations.

According to the university, accommodations may be made on a case-by-case basis to facilitate teaching and learning in specific environments. To submit a request, visit hr.appstate.edu/Highriskidentificationform.

“We want to work with you. We want to do whatever we can to accommodate your needs,” Norris said. “But we do have to be face to face this fall in some form or fashion.”

Faculty Senate Chair Michael Behrent said he thinks faculty are having to bargain between their health and their jobs. He asked Norris if faculty who request to teach online could still be asked to teach face to face. Norris said that it would be a conversation that would be had between department chairs and deans. She said based on earlier indications from faculty several months ago, 70 percent of faculty at that time stated they wanted to teach in person.

“My hope is that we’ve provided you with enough help and safety information, and to be able to make accommodations for you, that face to face would be something that most faculty would be comfortable (in doing),” Norris said.

Other concerns faculty had were about topics such as allowing time between classes for students who then have to find a place to have an online class; the worry of the Human Resources form not being secure enough; and enforcement mechanisms for policies such as wearing face coverings on campus.

For more information on how Appalachian State University is planning to return to campus, visit www.appstate.edu/recovery.