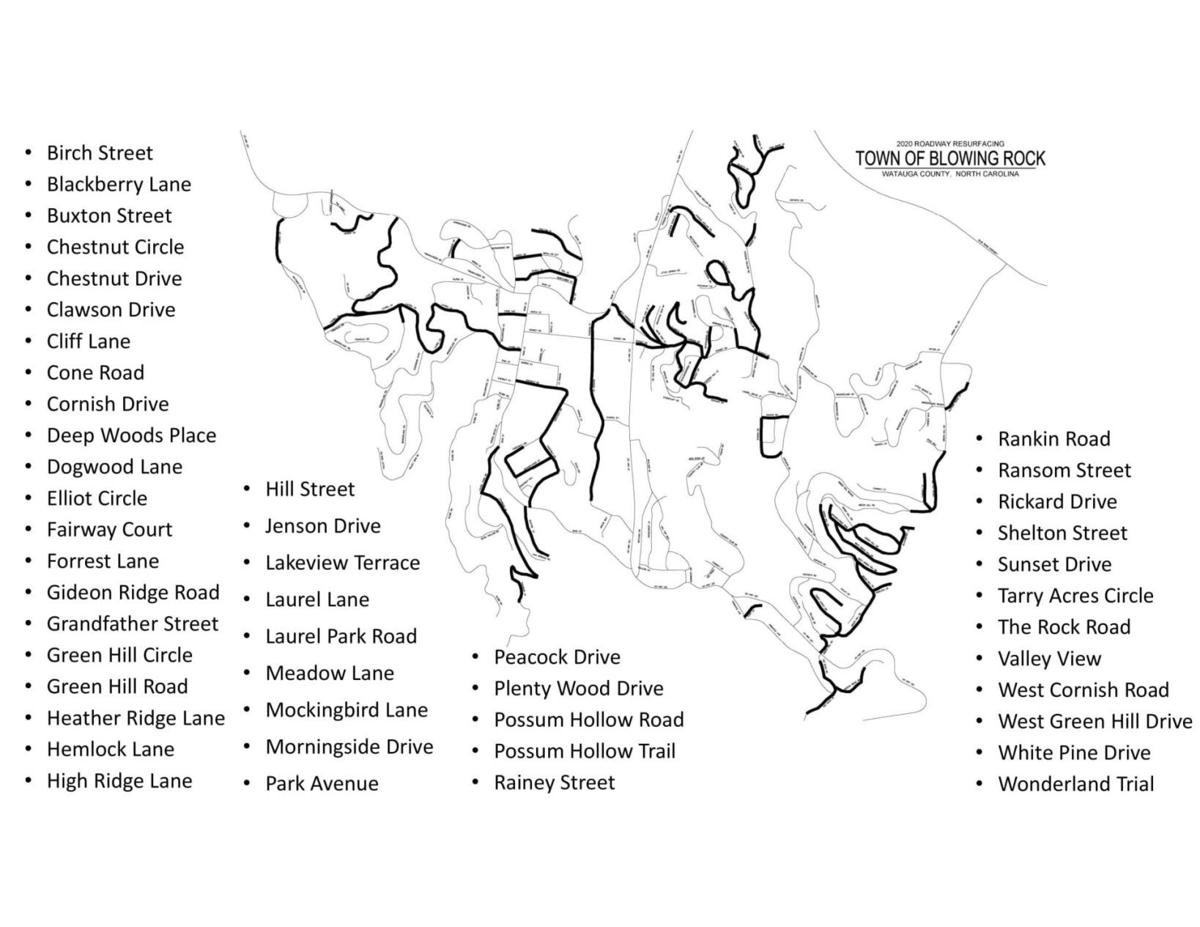 BLOWING ROCK — Blowing Rock began its “third and final round” of road paving associated with the 2014 bond issuance on Monday, May 18, according to Town Manager Shane Fox. The cost of the final part of the paving project is set to be covered by $2 million of the remaining bond funds.

Town officials posted the schedule of which roads will be impacted on which dates on the Blowing Rock website at www.townofblowingrocknc.gov/residents/2020-street-resurfacing-project.

“We will be posting the schedule two weeks in advance and two weeks at a time when possible,” said Fox. “We will hopefully only have minor delays on the streets that are to be paved. Most will remain open and have flagging operations as work is being performed.”

According to the map on the town’s website, nearly 50 roads will see improvements from the paving project.

The 2014 Bond Issuance is the collective of four bonds voted on and approved by Blowing Rock residents who voted in the November 2014 elections. The bond proposals were added to the ballots by the Town of Blowing Rock, according to Blowing Rocket reports.

The total bond issuance totaled $13 million, $9 million of which was “for the purpose of paying capital costs of providing streets and sidewalks.”

At least 70 percent of voters approved each of the four bond proposals.