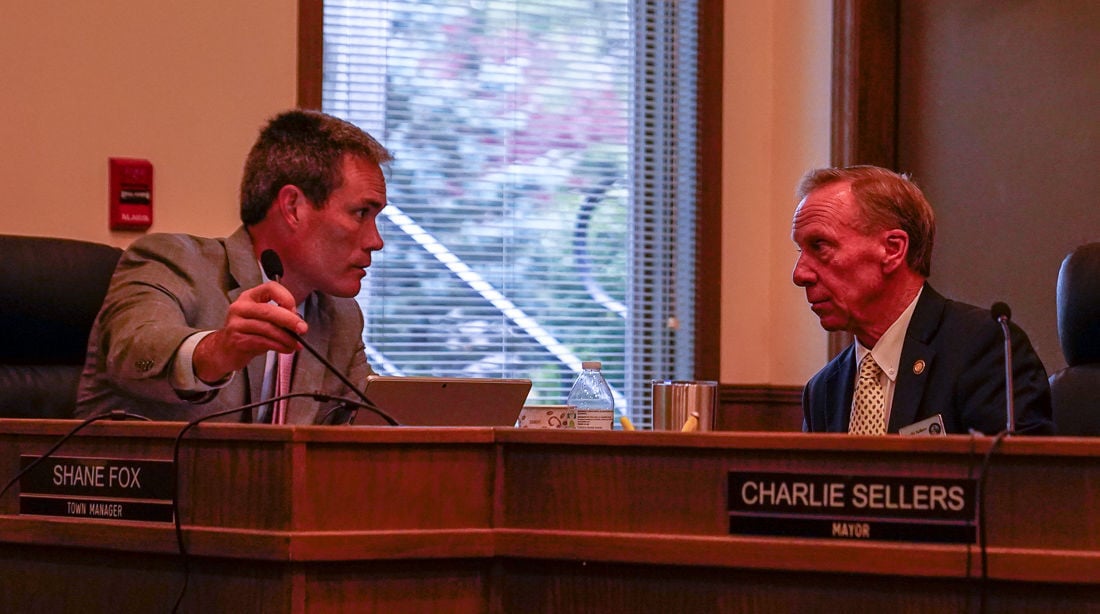 The July 13 regular meeting of Blowing Rock’s town council had only one agenda item to discuss, which they dispatched quickly and adjourned after only 45 minutes. 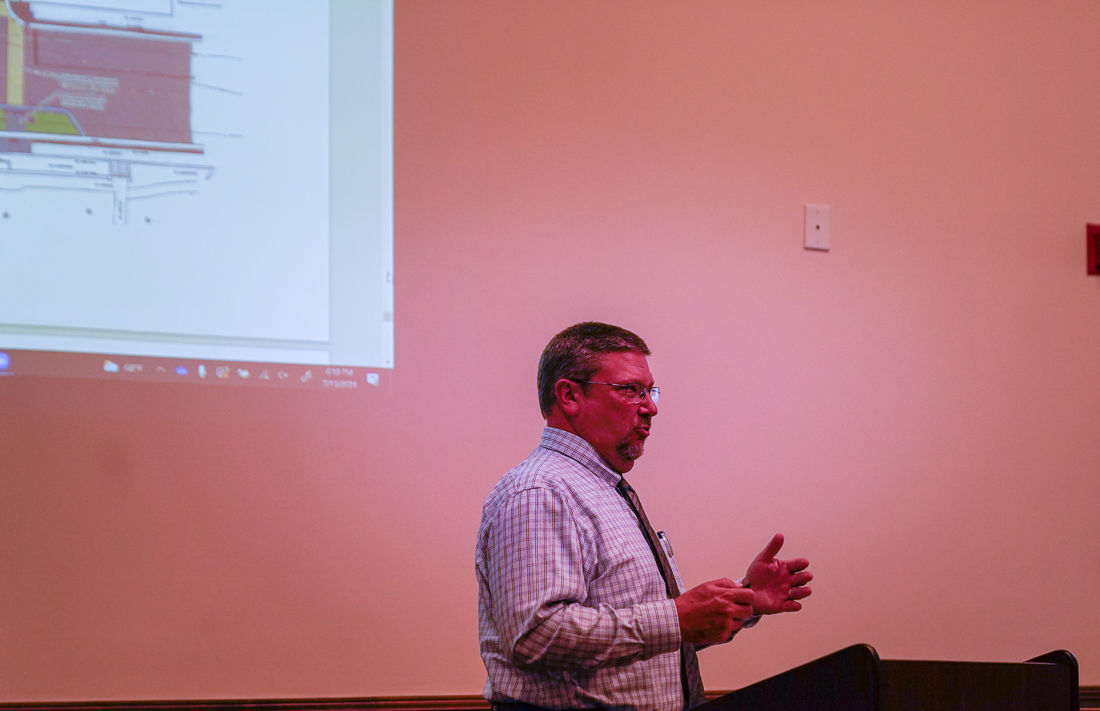 Blowing Rock town engineer of McGill & Associates presented an overview of the three crosswalk projects on Main Street at the July 13 meeting of the board of commissioners and town council.

BLOWING ROCK — Whether or not the July 13 meeting of Blowing Rock’s town council set a record for brevity, the small group of onlookers in the audience said it was refreshing to see the mayor and board of commissioners waste little time in getting down to business.

“Forty-five minutes,” said Blowing Rock resident Pete Gherini and candidate for one of the three open commissioner seats in November. “Is that a record?”

It was all said and done in three-quarters of an hour — and they even injected relevant discussion in the lone business item about Main Street crosswalks, even if not directly mentioning consultant Roger Brooks by name.

Although the town’s engineering firm, McGill & Associates, stated that bids had been solicited from several prospective contractors for the project, only one bid was received. That was from Boone-based Greene Construction, for $420,128. The reason given for lack of interest was the small size of the project and the work already queued up by the various contracting firms.

Because the project is less than $500,000, per North Carolina statute the town is allowed to move forward if the one bid gains approval of the board of commissioners. After very little in the way of discussion, the bid’s acceptance was approved unanimously by the five commissioners.

The balance of the meeting consisted of statements by each of the town council members, the town attorney, and the town manager. Although town attorney Allen Moseley declined an opportunity to speak, all of the others expressed their thoughts for the families of town employees or family members of current town employees who passed away in recent weeks.

After commissioner Sue Sweeting brought up the subject, several minutes were spent in discussing the potential implementation of solar technology by the town. Sweeting stated that she was exploring the topic with town manager Shane Fox. Commissioner Albert Yount relayed how much he was saving in power costs by having installed solar panels on his home’s rooftop and further wondered if the town needed to rethink the limitations currently imposed on commercial buildings for the installation of solar technology. Commissioner David Harwood said that while the technology continues to change, “We are reaching a point where we would not be chasing the technology.”

There was brief discussion among the council members about putting time limits on the meetings in light of the concerns advanced about the six and a half hour June 8 meeting. There were suggestions about a forced adjournment at 10 p.m. if a meeting starts at 6 p.m., but no real decisions made after questions arose as to when a meeting was to be continued.

The meeting was adjourned at exactly 6:45 p.m.