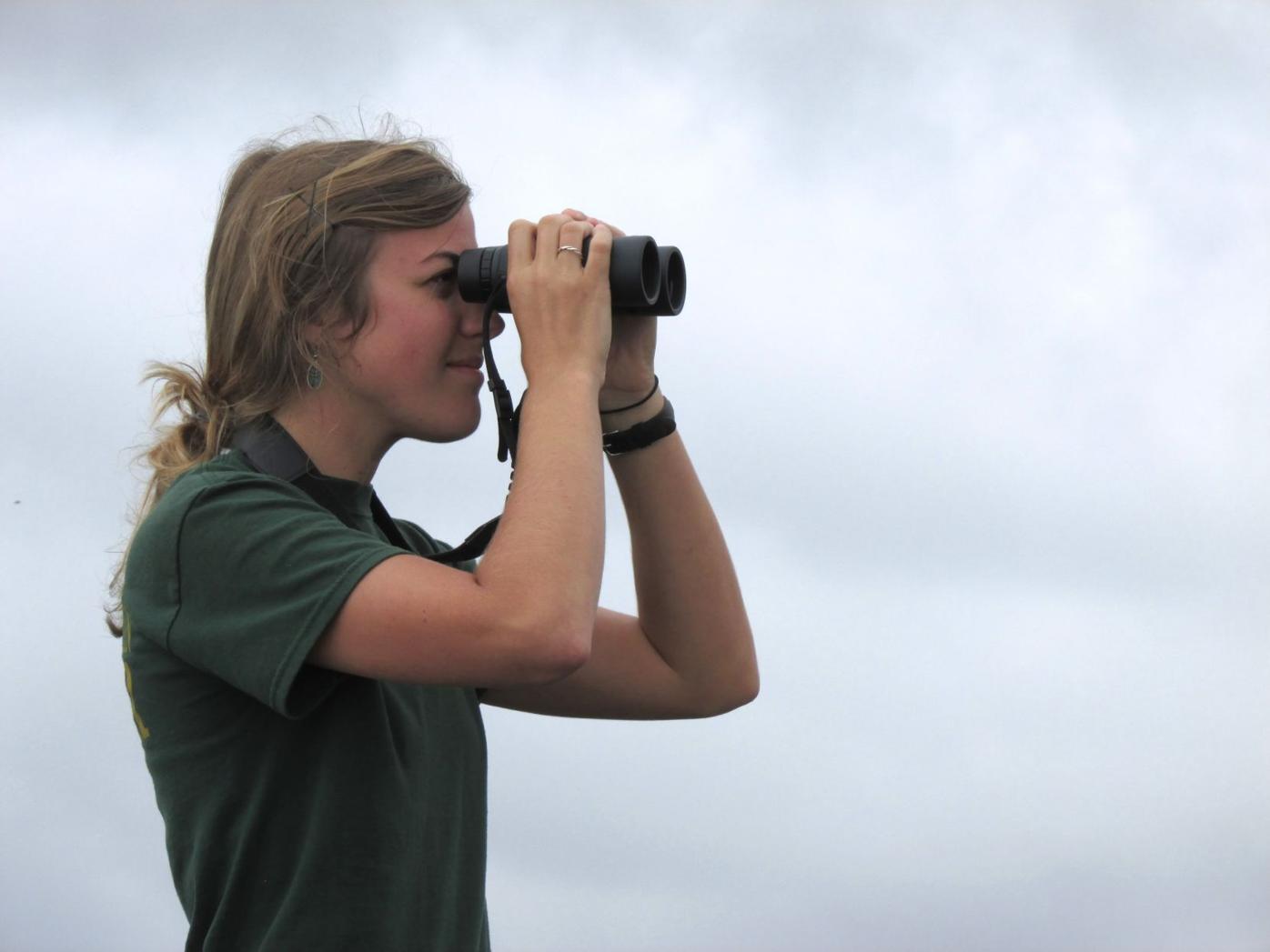 Hawk Watch participant Emily Kimmel keeps her eyes on the sky for the annual raptor migration. 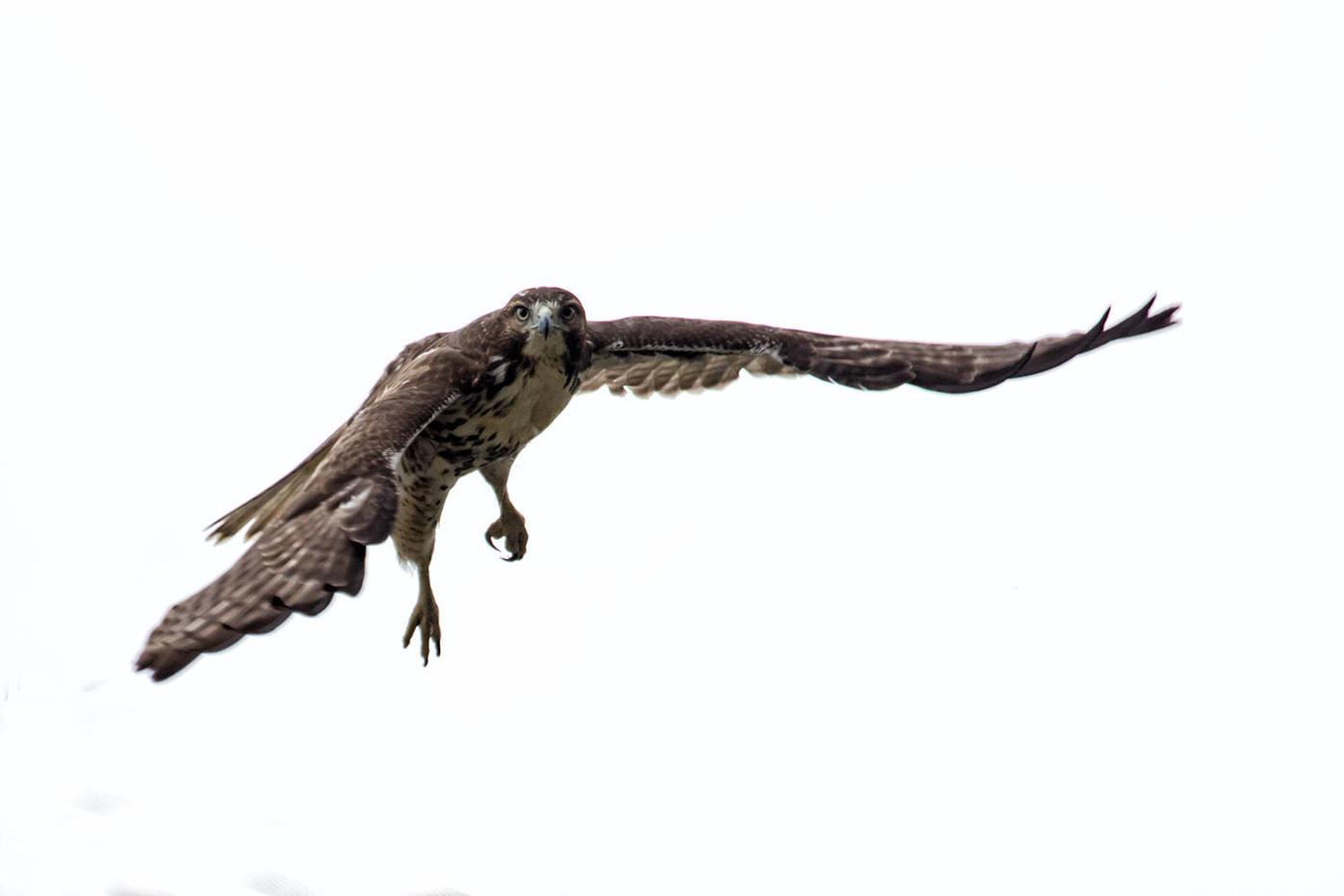 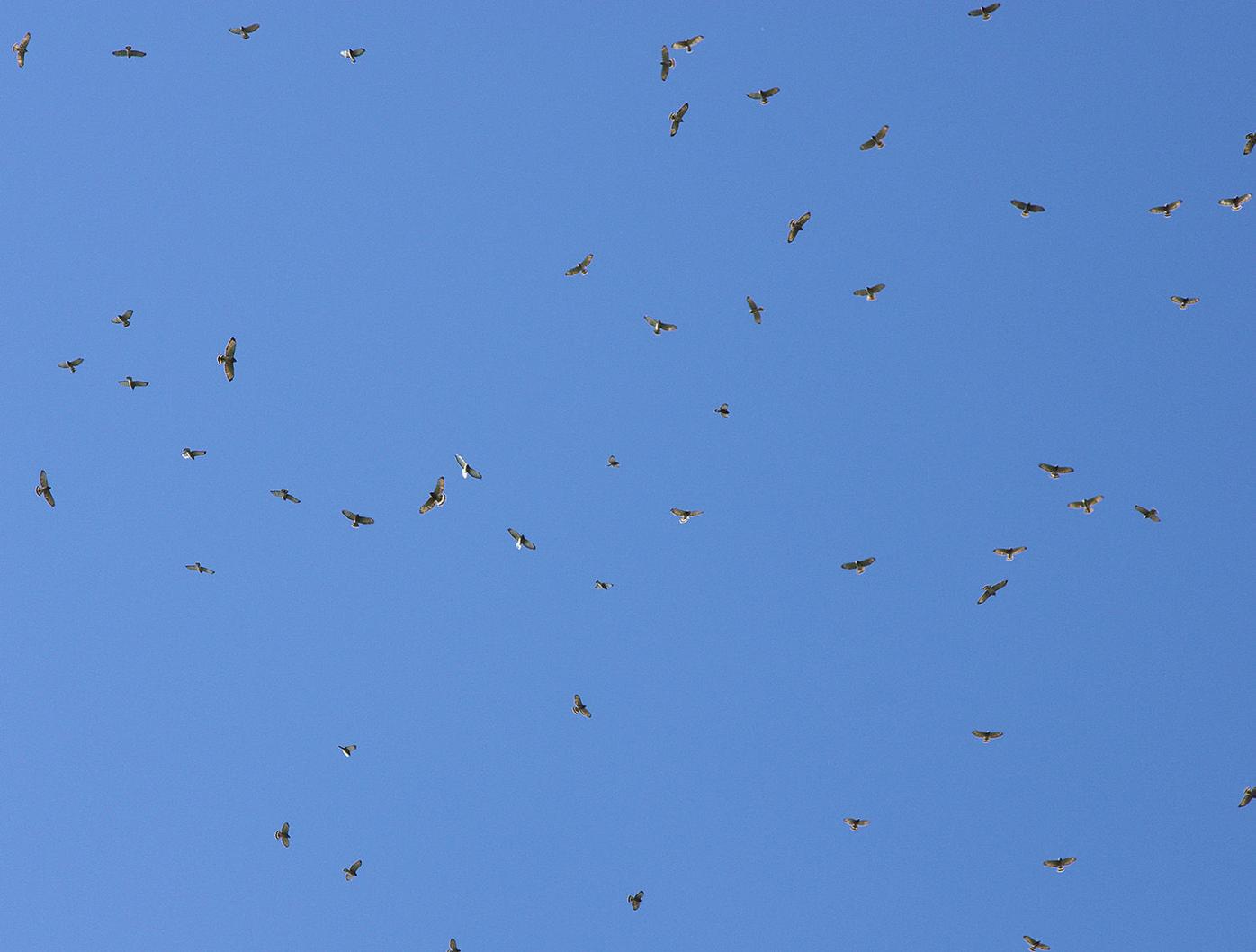 A kettle of raptors fly over Grandfather Mountain during its annual Hawk Watch, which takes place each September.

Hawk Watch participant Emily Kimmel keeps her eyes on the sky for the annual raptor migration.

A kettle of raptors fly over Grandfather Mountain during its annual Hawk Watch, which takes place each September.

LINVILLE — Grandfather Mountain announced on Sept. 1 that its annual Hawk Watch will take place throughout the month to highlight thousands of raptors migrating over the mountains and heading south toward their wintering grounds.

During the mountain’s Hawk Watch, official counters note the number of passersby in the sky throughout the month of September.

Raptors are birds of prey, including hawks, eagles, owls and vultures. The telltale signs of the raptor are sharp talons, a hooked upper bill and keen eyesight. While some raptors remain in place during winter, most will travel south, where food is more abundant.

Grandfather Mountain is a prime spot for viewing this phenomenon, because it sits along the eastern escarpment of the Appalachian Mountains, and its rocky peaks generate strong thermal uplifts and allow prime visibility.

During the 2015 Hawk Watch, Grandfather Mountain President and Executive Director Jesse Pope spotted a kettle of some 4,800 broad-wings passing over in less than 30 minutes, along with numerous other kettles of considerable size, amounting to nearly 10,000 raptors in one day.

Aside from offering a visual spectacle, Hawk Watch serves an important purpose. The annual counts from Grandfather Mountain and other locations help track hawk populations and migration routes over time and provide important data to inform land management decisions. Grandfather Mountain is one of more than 300 Hawk Watch sites officially designated by the Hawk Migration Association of North America.

Counts will be conducted every day the weather permits — the hawks don’t typically fly in fog or storms — from an area inaccessible to the general public and will be posted daily at www.HawkCount.org.

Although visitors cannot participate in the official watch this year, due to safety concerns surrounding the COVID-19 pandemic, they’re welcome and encouraged to witness the annual phenomenon, with prime viewing locations on Linville Peak (across the Mile High Swinging Bridge) and Half Moon Overlook (the first major overlook when entering the park).

“It invokes that sense of wonder we always talk about at Grandfather Mountain,” Pope said. “It’s that time of year where you’re watching a majestic bald eagle soar over the mountain, and you can’t help but ask questions, like, ‘Where are they going?’ or ‘Why are they making this annual journey?’ It’s just an awe-inspiring time of year.”