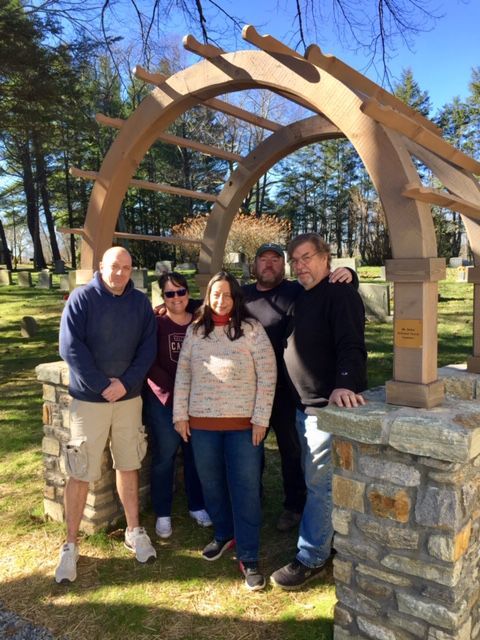 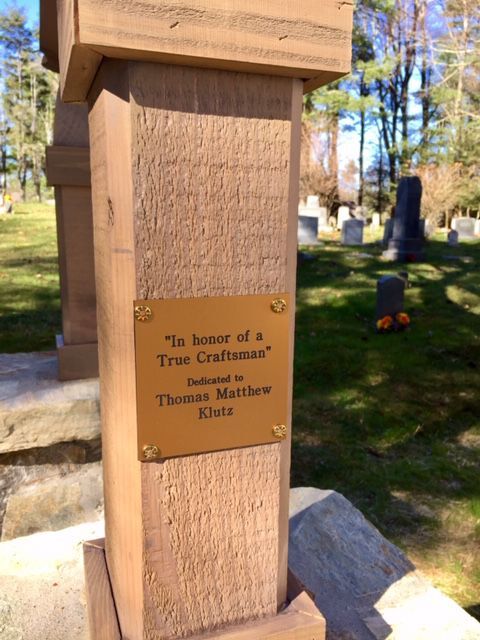 A plaque featured on the new arbor located at the Mt. Bethel Reformed Church. 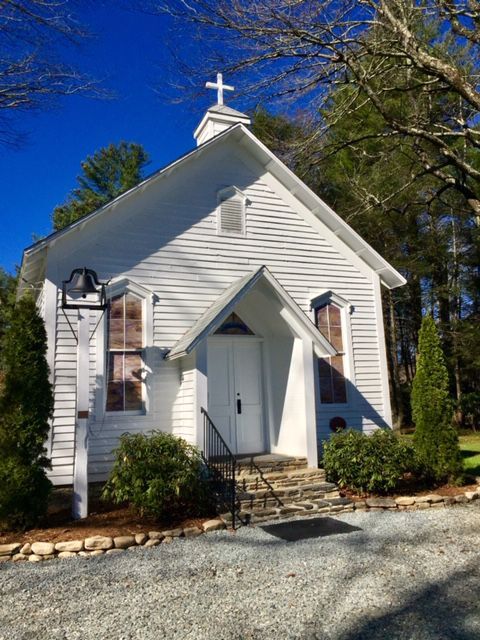 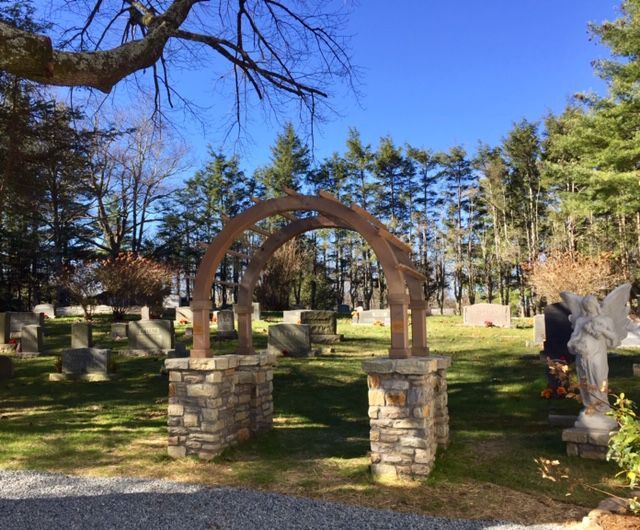 The arbor constructed by members of the Klutz family finds a permanent home beside Mt. Bethel Reformed Church.

A plaque featured on the new arbor located at the Mt. Bethel Reformed Church.

The arbor constructed by members of the Klutz family finds a permanent home beside Mt. Bethel Reformed Church.

Situated on a little patch of earth in the historic Mt. Bethel churchyard outside Blowing Rock, now stands a lasting tribute to a local craftsman in the form of a new arbor. Sturdy and built to last, the sound construction of the wooden alcove exemplifies the type of work produced by the Klutz family, in particular the late Matthew Klutz, which the arbor was erected to honor.

“Not a day goes by when we’re all in there working that we don’t think about him,” said Tommy Klutz, referring to his son, Matthew. Working together as a family, the Klutzes have operated the local woodworking business, Restoration House, as well as Opossum Hollow antiques for more than 40 years. It was while working at Restoration House that Matthew Klutz helped construct the arbor, which was originally intended for a wedding, yet was never used.

“Matt and his family made it years ago for a wedding. The wedding, I don’t know what happened, but it just sat down there. Then once he passed, they put it outside,” said Andrew Critcher, cousin of Matthew Klutz. “As soon as I saw it just locked in my mind, it had to go here.”

A mason by trade, Critcher built stone columns for the arbor to rest on. Meanwhile, Matthew’s brother, Jason Klutz, provided a new coat of stain, breathing new life into the arbor that his family created together. The arbor has found a permanent home next to Mt. Bethel Reformed Church, which itself was built by the Klutz family during the late 19th century, and now serves as a lasting tribute to a beloved son, brother, cousin, father and friend.

“This is just one of the many things that they’ve made together over the years,” said Matthew’s mother, Ruth Klutz. “All three of them together is what I think of. I’m proud and lucky enough to have the memories of us working together as a family.”

Dedicated to the memory of Thomas Matthew Klutz, a small plaque located on the arbor reads, “In honor of a True Craftsman.”

“Around town they were known as the boys,” said Tommy Klutz. “The boys will never leave my shop.”