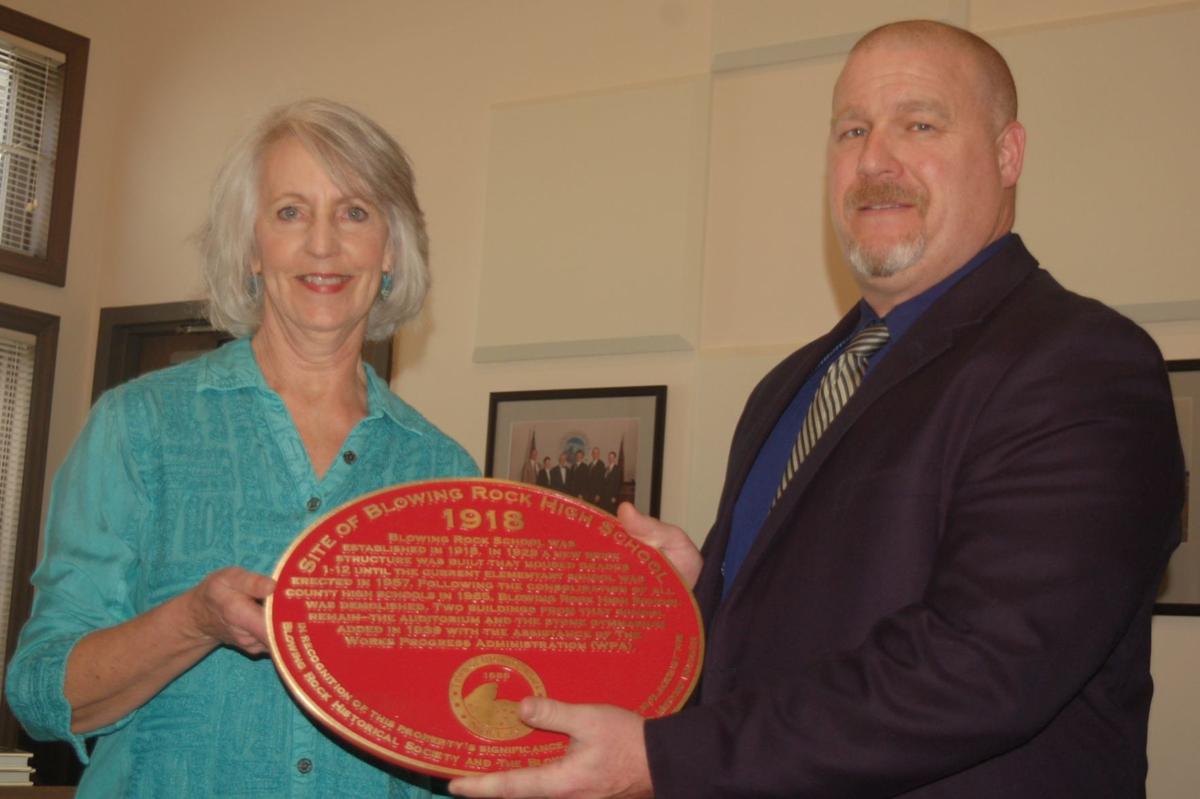 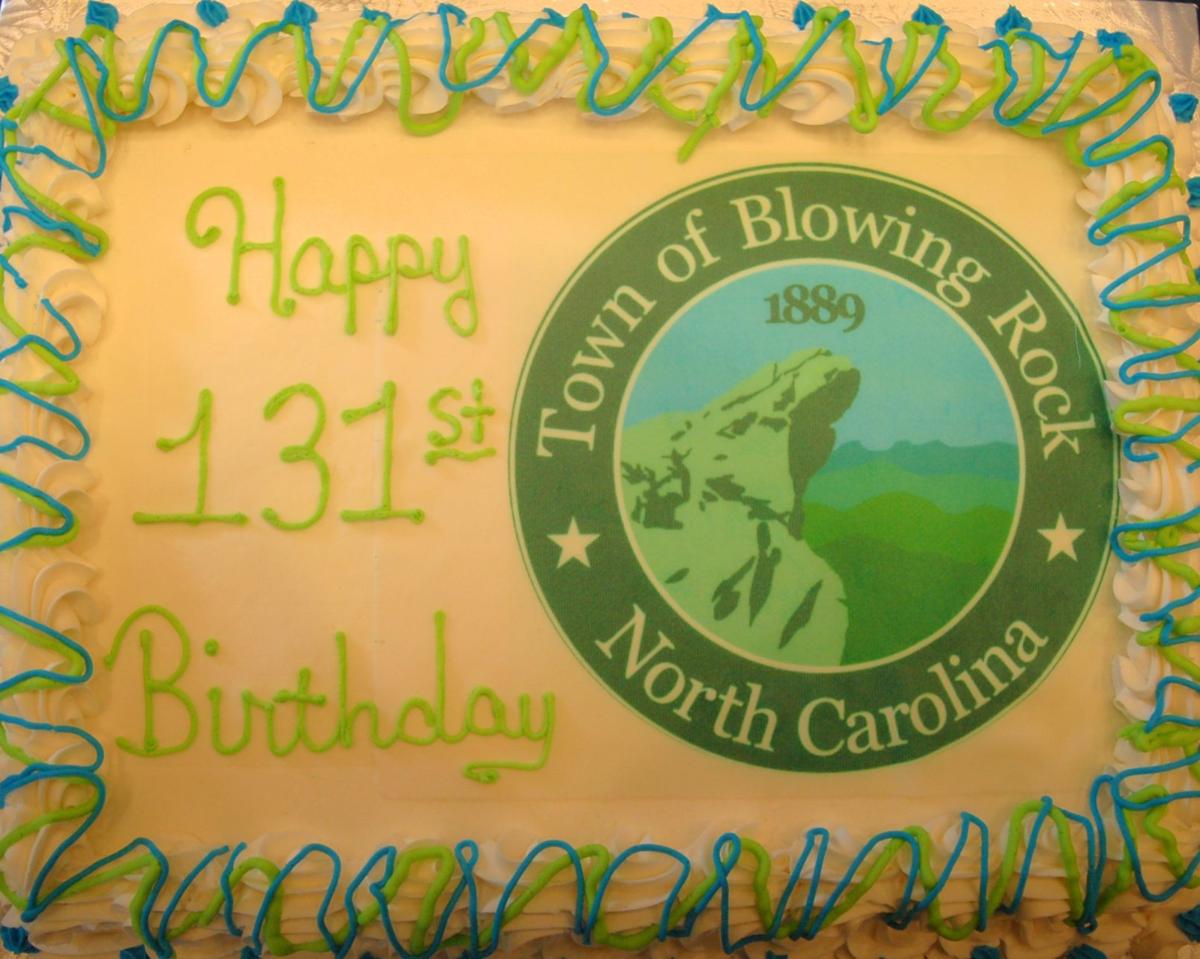 The birthday cake for the 131st birthday event for the town of Blowing Rock was presented on Wednesday, March 11, during an event at town hall. 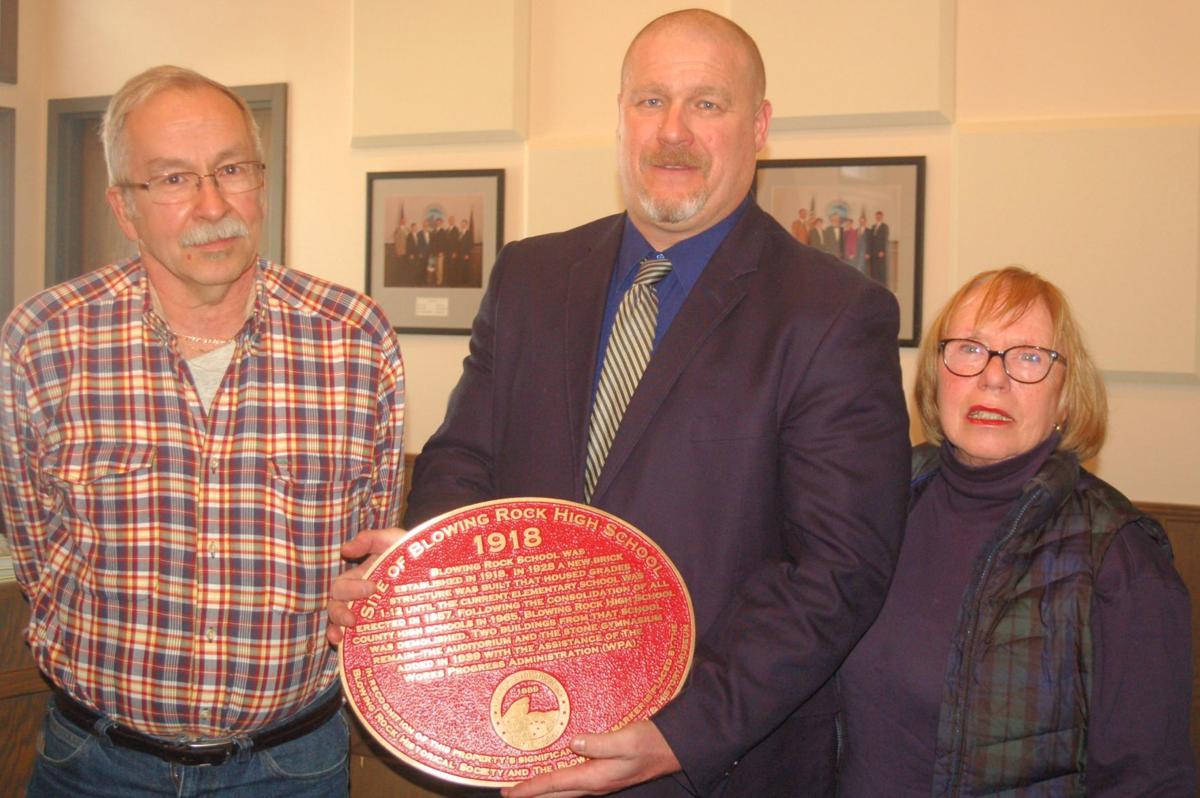 The birthday cake for the 131st birthday event for the town of Blowing Rock was presented on Wednesday, March 11, during an event at town hall.

BLOWING ROCK — A historical marker for the Blowing Rock High School site was unveiled during the town’s 131th birthday event on Wednesday, March 11 at town hall.

“Blowing Rock School was established in 1918,” the new marker states. “In 1928 a new brick structure was built that housed grades 1-12 until the current elementary school was erected in 1957. Following the consolidation of all county high schools in 1965, Blowing Rock High School was demolished. Two buildings from that school remain 00 the auditorium and the stone gymnasium added in 1939 with the assistance of The Works Progress Administration (WPA).”

“He helped us do research and get information,” Quinn said of Sukow. “He was very wonderful to work with us even when we presented the need for this information over Christmas.”

“We try to take pride in representing you,” Sukow said. “We hope that you’re proud of the school and what we’ve been able to do for you.”

The event had remembrances given by Susie Greene and Richard Trexler, who attended the school, as well as former Appalachian State Teacher’s College football player Lee Oval Jaynes, who did his student teaching there.

Greene said she was part of the largest class of the Blowing Rock High School at 31 students and described the school as a family.

“If we had a football team, the girls would have had to play,” Greene said.

Mayor Charlie Sellers said that in the past, such commemorations were only made occasionally.

“I think it says lot for this town, having these events and what a strong community we are,” Sellers said.

Blowing Rock Historical Society’s Ann Rhyne spoke about the ongoing renovations to the 1888 Museum, saying that it will be open seven days a week and will be ADA accessible upon completion.

“This is the 12th consecutive year the markers have been awarded,” Quinn said.

The Blowing Rock Historic Marker program was envisioned by the late Virginia “Ginny” Stevens in 2008, with the first plaques awarded in 2009. Since then, more than 40 have been presented.

“The mission statement of the program reads, ‘The Blowing Rock Marker Program will assist in educating the public about the rich history of Blowing Rock, provide atmosphere to our downtown and add distinction to individual homes, commercial buildings and sites of significance,’” Marcia Quinn of the BRHS recited at the ceremony.