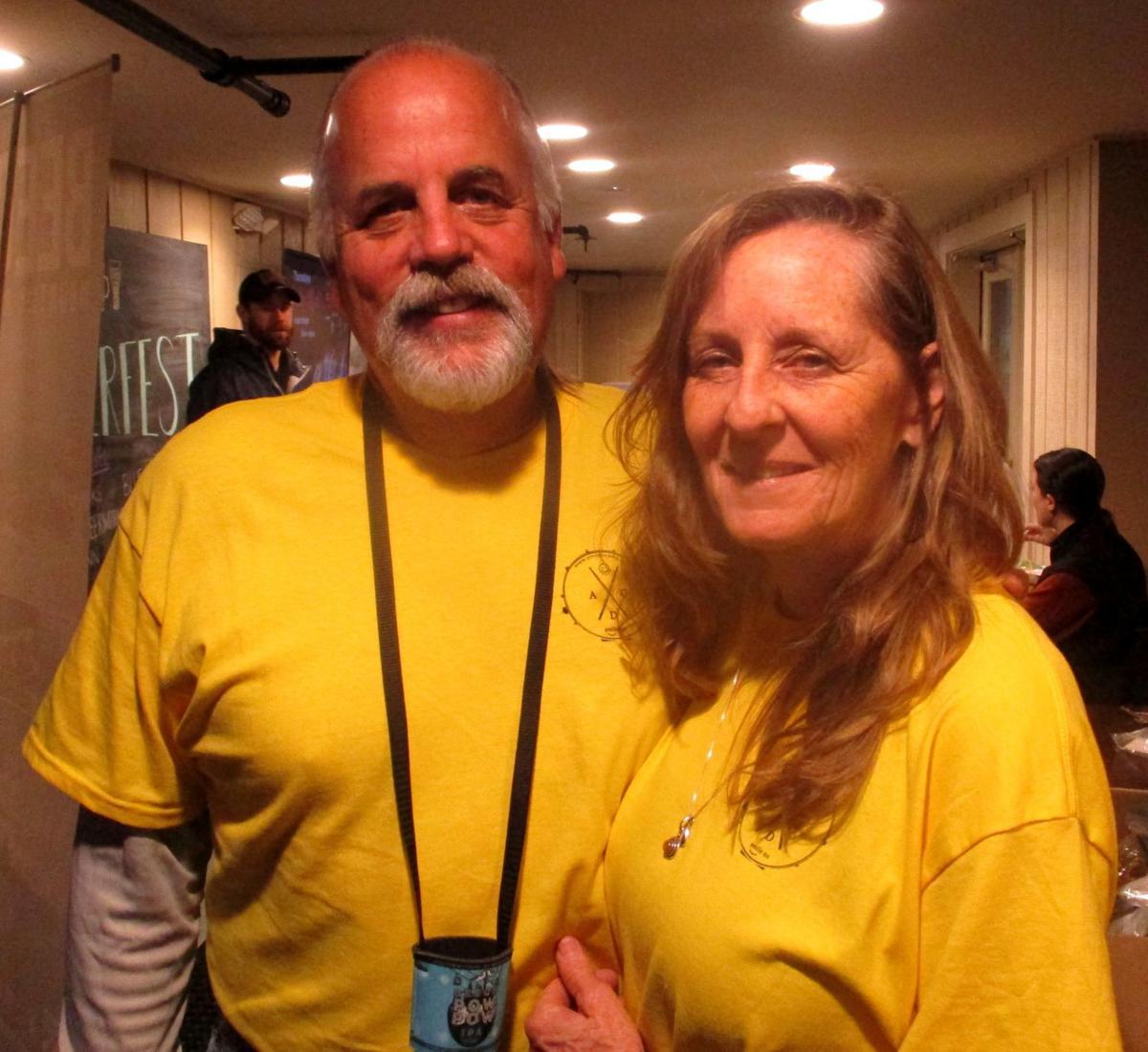 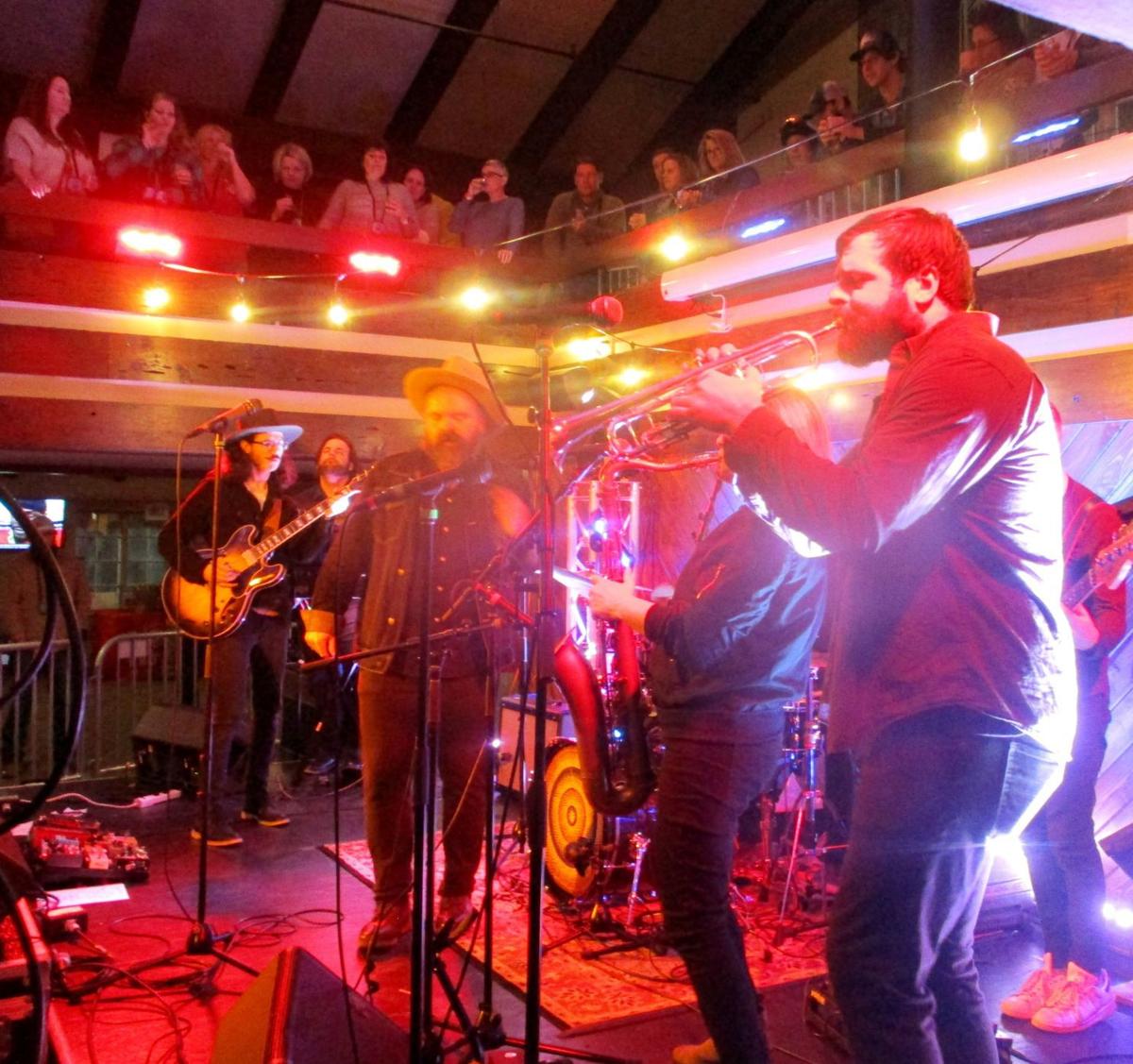 BEECH MOUNTAIN — A south-to-north line of heavy storms from Texas to Ohio headed east and raked across the High Country on Saturday night, Jan. 11, yet it did not deter the folks who came out to join the fun at the 2020 Winterfest Beer Festival. Hosted by Beech Mountain Resort, the annual event features an array of craft beers made by 12 local and regional breweries as well as live music.

Beech Mountain Resort always sets up the Winterfest Beer Festival with a system of shuttles that transport partiers to four different hotels on the mountain. In addition, designated drivers were let into the festival for a reduced price as long as they were 18 years old. The heavy downpour, however, was no match for the shuttle buses as they run all winter long no matter the weather conditions.

It was also a night of live music beginning with an opening set by local favorites The Harris Brothers, who get a lot of sound out of just a guitar, a bass, vocals and a suitcase drum. Hailing from Lenoir, the brothers rocked the house and kept the mood lively.

The headlining band was The Commonheart. Based in Pittsburgh, Pa., the group features the soulful lead vocals of Mariko Reid, the lead guitar of Mike Minda, horns by Nate Insko and Abby Gross, keyboards by Lucas Bowman and a rhythm section powered by Anton Defade on bass and Shawn McGregor on drums.

As the band ended their set, singer Mariko Reid took a minute to acknowledge the reason for the evening, giving thanks for having the opportunity to help raise money for the SmileOn ADG charity that benefits from the proceeds of the Winterfest Beer Festival.

The SmileOn ADG fund title uses the initials for the name Adam Davis Galleher, a young man who grew up in Valle Crucis as a lover of music, the Boy Scouts and treating people right.

In an event that shocked all who knew him, Davis died suddenly on New Year’s Day 2013 at 26 years of age after contracting viral meningitis. This charity was created in his honor and raises money to buy instruments for local school bands, for the Boy Scouts and to help local kids pay for college or vocational courses. The fund is run by his family, sister Ashley Galleher and parents Debbie and Mike Galleher.

Davis’s family was kind enough to talk with The Blowing Rocket during the Winterfest Beer Festival.

“Adam was perfectly healthy and then he got the flu and then viral meningitis and died three days later,” said Debbie Galleher. “It is very scary because you don’t think it could happen to you or anyone you know, because most people are healthy. He was young and had no problems, no health issues at all. None. He got sick on a Sunday and passed away on a Tuesday. When we talked to him that Monday night, he was going out to do his DJ show and he said that he was OK, that he felt better and it felt like his fever had broke. That was the last time we talked to him. He passed away the next day and we found him on Wednesday. He died at his home.”

Davis’s sister, Ashley, moved to Truckee, Calif., 10 months later to work for a nonprofit organization that set up memorial funds for folks that had lost a loved one. That is when the idea came about to set a fund up in honor of Davis.

“We decided to set up a charity in Adam’s name that would raise funds for music education, buy new instruments for local schools and provide scholarships for kids that were into the same things that he was into, like music, automotive repair, welding and the Boy Scouts,” said Ashley Galleher. “Seventy percent of the money we raise goes towards music education, buying instruments and enabling musicians to go to competitions and band camps. Since we started in late 2013, we have given out $82,000. For example, we just bought a baritone saxophone for Ashe County High School.”

The SmileOn ADG Fund used to serve just Watauga County, as that is where Adam lived and went to high school. But in recent years, due to the support for the fund by folks who live in Avery County, this part of the High Country has become a part of the outreach.

“Avery County has been so supportive of us,” said Ashley Galleher. “The Beech Mountain Bourbon Society, Beech Mountain Resort and a lot of Avery County businesses have donated to our various fundraisers, so we started supporting their county in return.”

More information can be found at www.smileonadg.org.