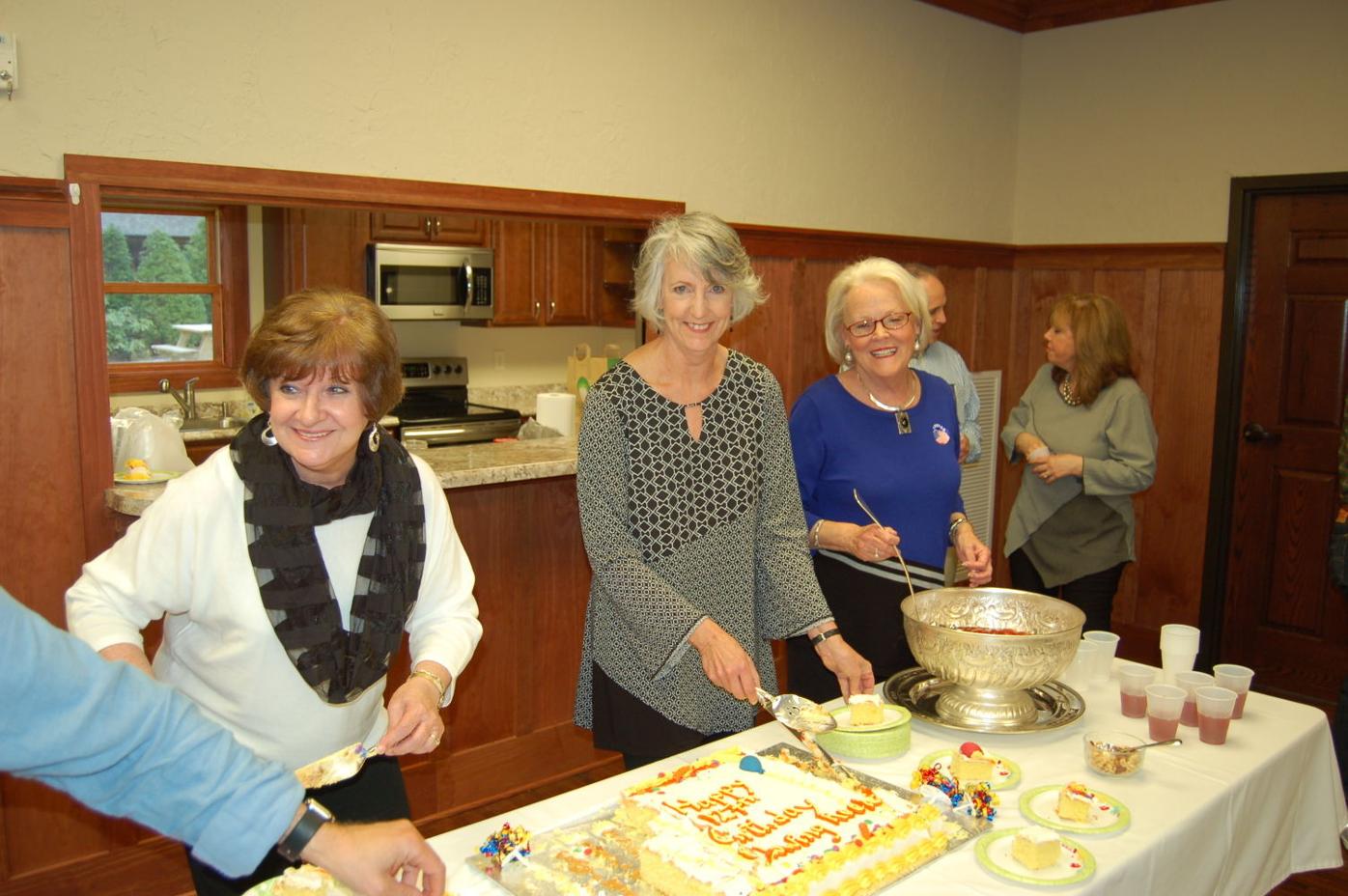 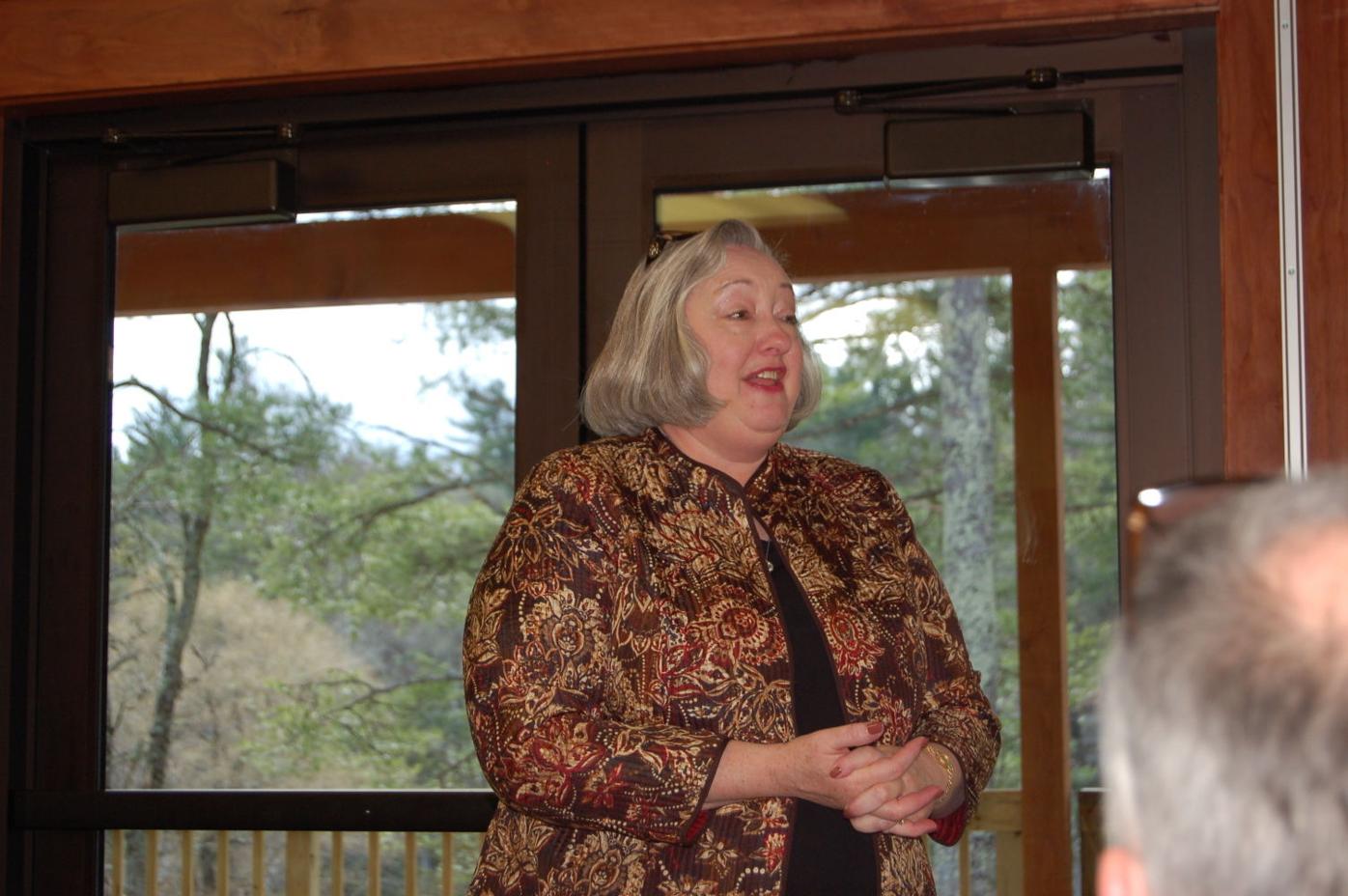 Blowing Rock’s first lady, Lynn Lawrence, leads the singing of ‘God Bless America’ and ‘Happy Birthday to You’ at the town’s celebration. 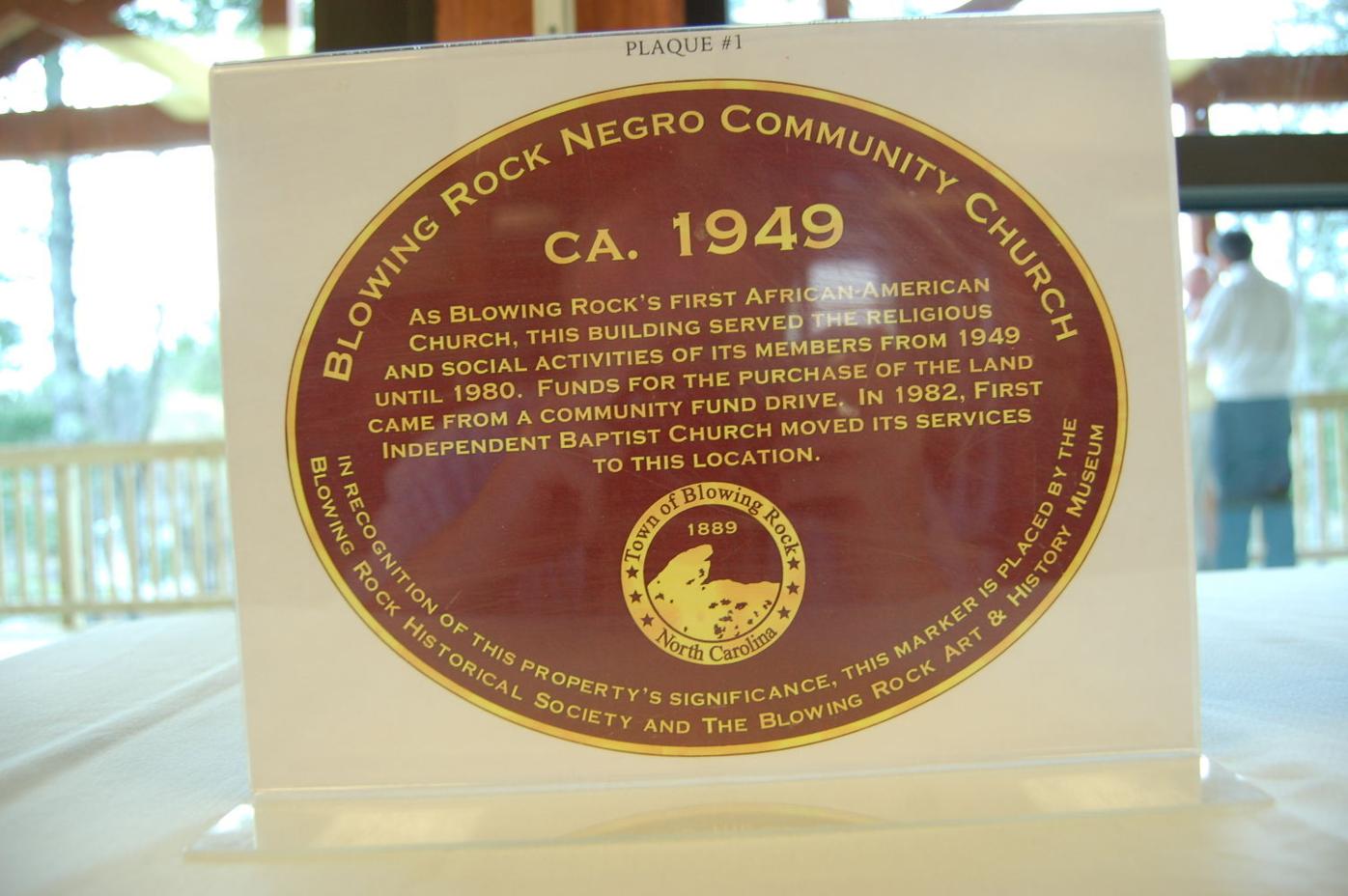 This is a depiction of the red and gold historic marker that will be on display at the former location of the Blowing Rock Negro Community Church on Possum Hollow Road. 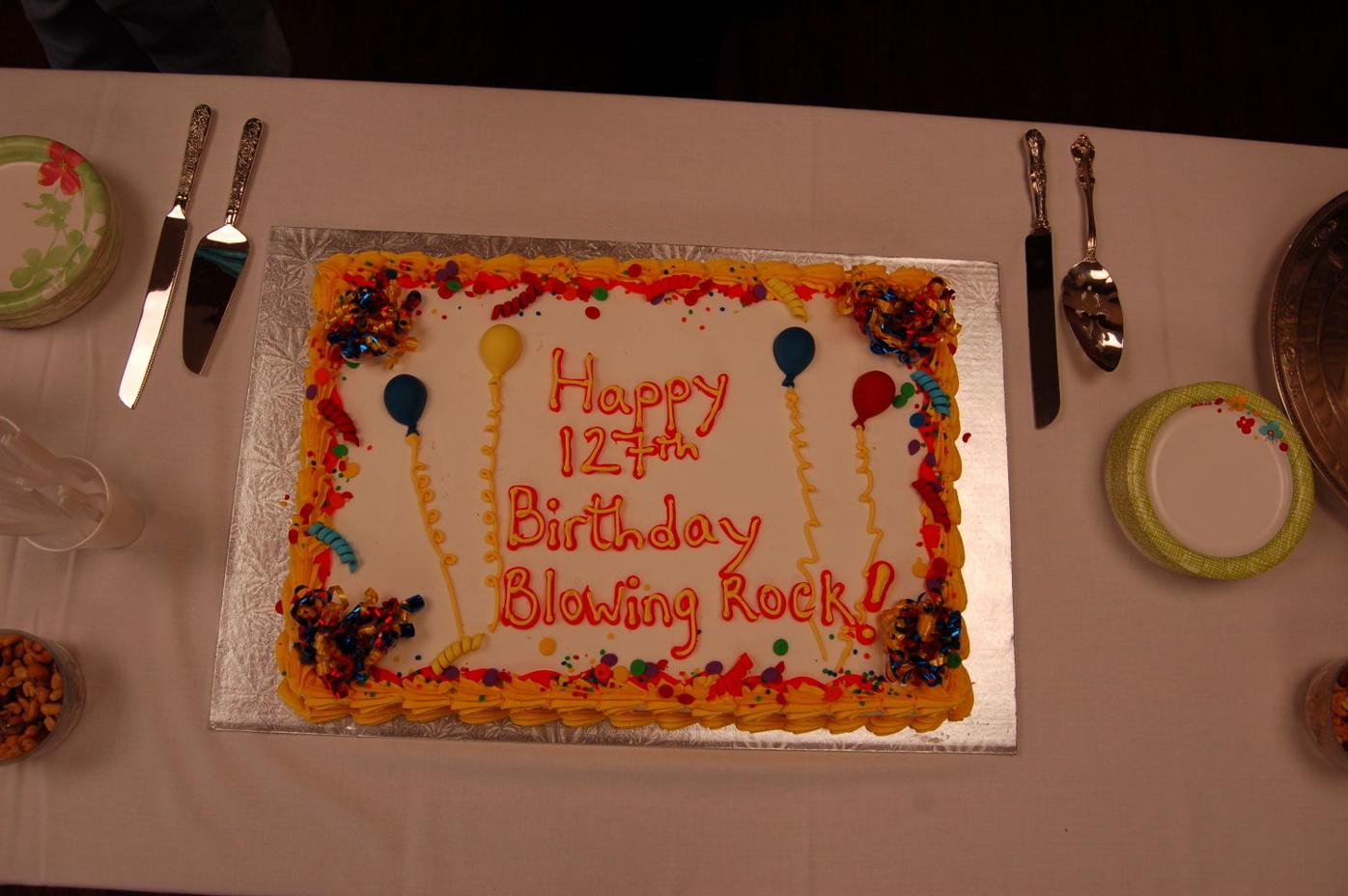 Blowing Rock’s first lady, Lynn Lawrence, leads the singing of ‘God Bless America’ and ‘Happy Birthday to You’ at the town’s celebration.

This is a depiction of the red and gold historic marker that will be on display at the former location of the Blowing Rock Negro Community Church on Possum Hollow Road.

It’s not every day that one gets invited to a 127th birthday party.

Blowing Rock residents and their guests celebrated the 127th birthday of the founding of the town at the Blowing Rock American Legion building on Friday, March 11.

The event included refreshments, a group singing of songs, a little history and the announcement of the five new historic markers that will be installed around town.

“We first started the historic marker program in 2009 with six plaques,” said David Harwood of the Blowing Rock Historical Society. “We are now up to 35 plaques in all and they are in historic and significant locations all over town.”

“Thanks to a community fund drive, the Blowing Rock Negro Community Church was built in the late forties and first opened in 1949,” Harwood said. “It was the Negro church in Blowing Rock until 1982 when it became the First Independent Baptist Church. It is located on Possum Hollow Road.”

In the 1940s and 1950s, a sizable population of African-Americans stayed in Blowing Rock each summer season and worked as maids, drivers and nannies for private employers.

“This is the last church in Blowing Rock to receive a historical marker,” Harwood said. “All of the others already have markers.”

“Creekside is the stone house on Wallingford that is set back from the road just about a block from here,” Harwood said.

“It is unusual for Blowing Rock because it was built in a Tudor style out of greenstone, which is a type of granite. It changed hands two or three years ago.”

According to Harwood, the R.S. Reinhardt Building was built by Lynn Lawrence’s maternal grandfather, Greeley Pitts.

It served as the town’s first post office. The building, located next to Mellow Mushroom Pizza Bakers on Main Street, was originally a one story building, but a second floor was added later to accommodate 10 rooms for lodgers. It was the Blowing Rock Post Office until 1944 and was later home to the Parkway Hotel.

When the Blue Ridge Parkway was first opened in the summer of 1936, park officials put a United States Geological Survey elevation marker on the building, which is still in use today by professional surveyors.

Next door to the R.S. Reinhardt building was the Rainey Service Station, one of the first gasoline and service stations in Blowing Rock. It is now home to Mellow Mushroom. The two large windows in the front of the restaurant are where the station’s service bays once stood.

The Randall Memorial Building is now home to the Village Cafe. Although the historic marker states that it was built in 1907, its current owners believe it is older than that and was originally built to be the town’s Episcopal church in the late 1800s. It was later the site of Blowing Rock’s first public library.

During the birthday celebration, Mayor J.B. Lawrence greeted the public and his wife, Lynn Lawrence, led the crowd in the singing of “Happy Birthday to You” and “God Bless America.”

Hosted by the town of Blowing Rock and the Blowing Rock Historical Society, this was the first time that the annual celebration of the town’s charter was held in the newly remodeled American Legion Hall.