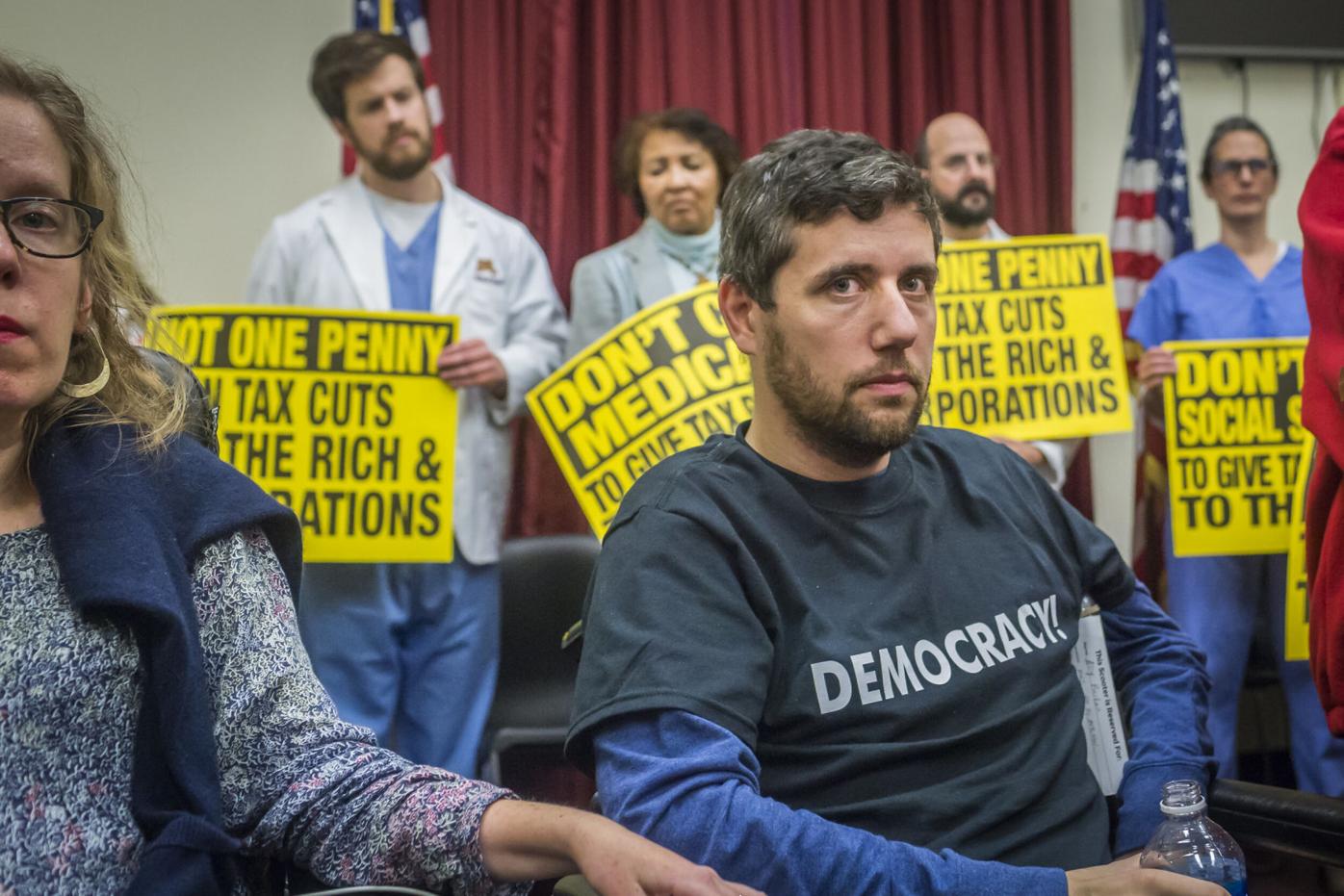 On Dec. 18, 2017, approximately 70 protesters against the GOP Tax Bill were arrested while staging a ‘die-in’ in the rotunda of the Rayburn House office building. One of the arrestees was health care activist Ady Barkan, who is living with ALS. Barkan said the GOP tax bill’s cuts to Medicaid will put his and 13 million other American’s life at risk. 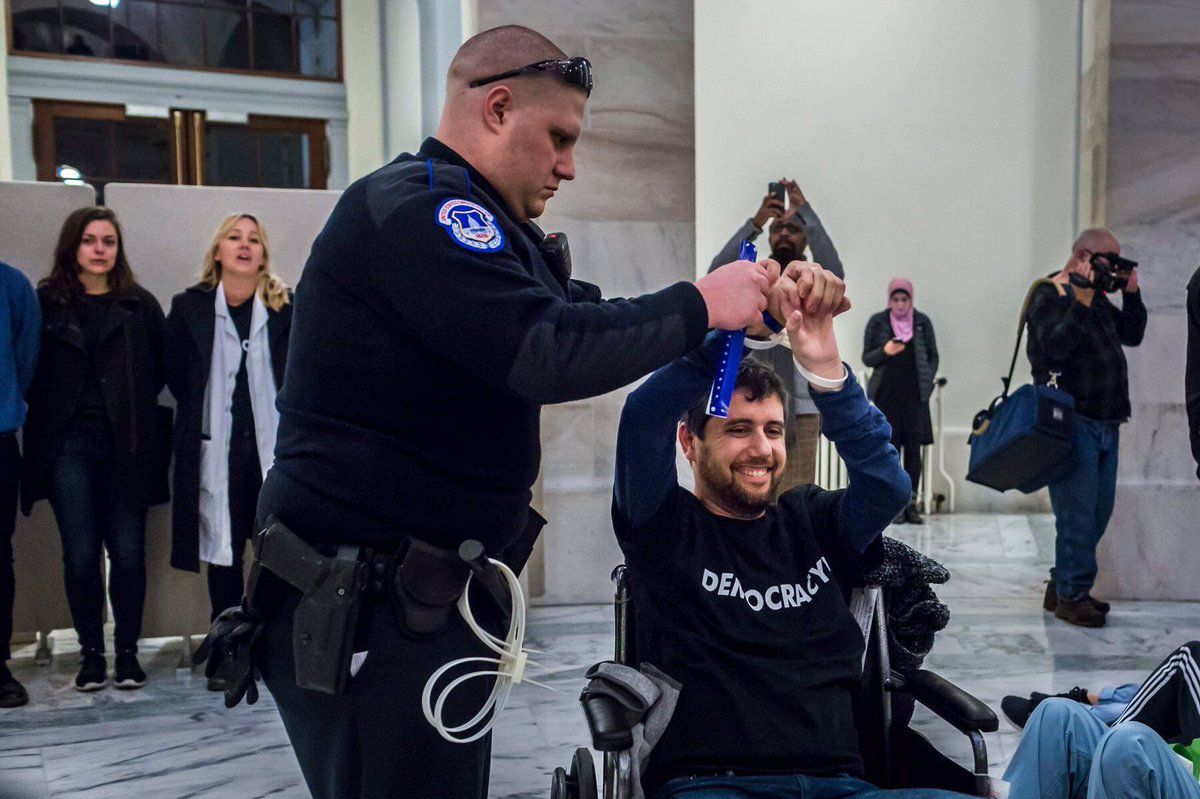 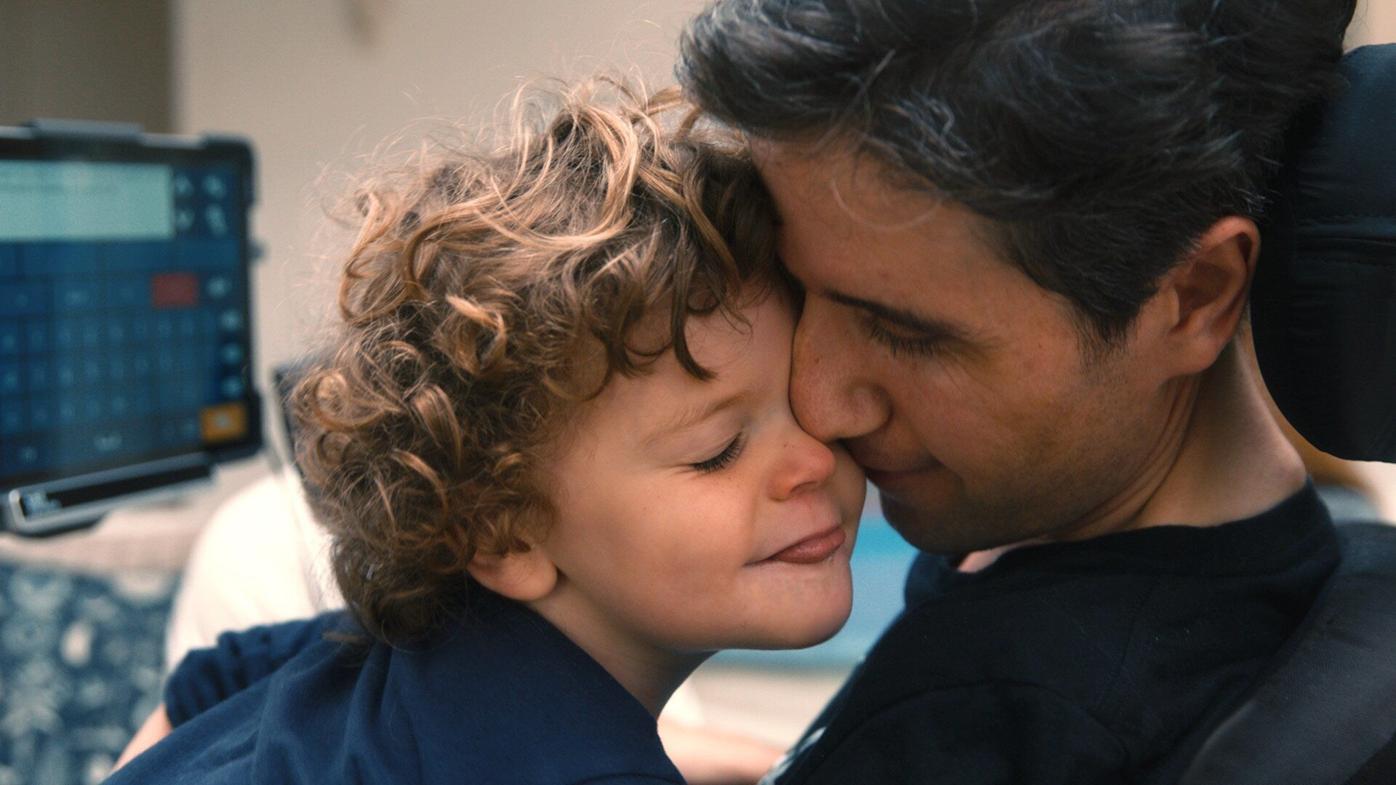 On Dec. 18, 2017, approximately 70 protesters against the GOP Tax Bill were arrested while staging a ‘die-in’ in the rotunda of the Rayburn House office building. One of the arrestees was health care activist Ady Barkan, who is living with ALS. Barkan said the GOP tax bill’s cuts to Medicaid will put his and 13 million other American’s life at risk.

BOONE – After a video of a confrontation with a U.S. senator went viral, Ady Barkan was more determined than ever to advocate for health care reform — even if it’s the last thing he does.

On Sunday, Oct. 10 at 3 p.m., the Appalachian Theatre will host an exclusive free online screening of the film “Not Going Quietly” which documents Barkan’s extraordinary story. The film will be followed by a conversation with filmmakers Nicholas Bruckman and Amanda Roddy who will discuss their film and the filmmaking process.

At the center of “Not Going Quietly” are Barkan and his wife Rachael who always said they were the luckiest people they knew. A rising star in political organizing and new father, Barkan had his whole life in front of him. But four months after his son Carl was born, Barkan was diagnosed with amyotrophic lateral sclerosis, a deadly disease that will ultimately paralyze his entire body. Despairing at the loss of decades of happiness with his family, Barkan decides to return to his roots as an activist for the health care programs he needs to survive.

Jimmy Kimmel called the film, “A heartbreaking story with humor, insight and action will resonate with anyone.”

As Barkan’s natural voice fades, his influence grows, transforming him into one of the most powerful activists in America. But as he learns to wield his newfound power, he must also learn to adapt as a father and husband. As he nears the end of his life, he seeks to form a lasting bond with Carl, while also creating a better world for him to inherit.

When film critic Roger Ebert was asked about the film, he said it was “a shot of pure inspiration...’Not Going Quietly’ has a special power.”

Director Nicholas Bruckman previously produced the feature film Valley of Saints, which won the Audience Award at the Sundance Film Festival and was nominated for an Independent Spirit award in 2012. Bruckman’s work has received support from foundations including the Fledgling Fund, Cinereach, NYSCA, NYFA and the Alfred P. Sloan Foundation. He is the founder of People’s Television, an original content company based in New York City and Washington, D.C.

Producer Amanda Roddy is an award-winning documentary filmmaker with People’s Television. She has led projects as a director, producer, and writer for clients such as the Democratic National Convention, Covergirl, Elizabeth Warren’s presidential campaign, Equal Justice Works, The Nature Conservancy and The Equity Fund. Her work has been supported by the International Documentary Association, Rooftop Films, Film Independent, IFP and HBO.

‘Not Going Quietly’ will be presented online and tickets to the screening and includes a conversation with the filmmakers following the film. Tickets are free and available at www.apptheatre.org.

For more information on this event, to join the theatre’s email list, get tickets or purchase memberships, visit the ATHC website at www.apptheatre.org.