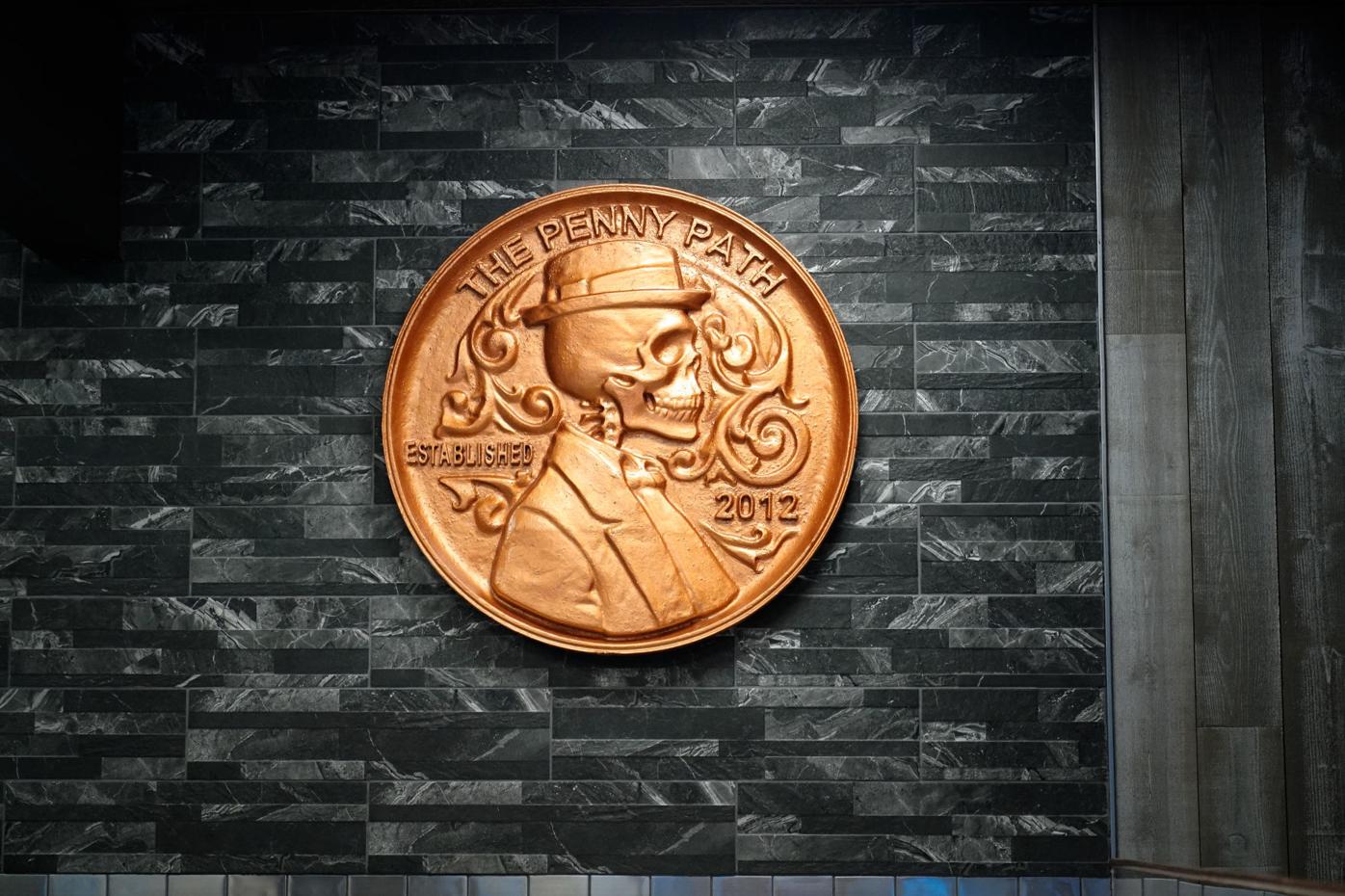 The name may include ‘penny,’ suggesting value, but the Penny Path also has elegance.

BLOWING ROCK — Some might call him an idealist but, if they do, their description should also include, “survivor.”

Looking around his new café and creperie in Blowing Rock’s Tanger Outlets center, Shoppes on the Parkway, Buzov’s skill as a master craftsman in woodworking and making custom cabinets is clearly evident from the walls to the ceiling and even in the seating.

“My daughter, Mira, and I did all of this in about three months,” he said while sweeping his hand through the air with a gesture of ownership, pointing out the woodwork and fixtures.

The Blowing Rock location is now the third in Buzov’s mini-chain of eateries. The other two are in Winston-Salem and High Point, the latter being the first. To hear his stories, Buzov may have a patent on bad timing.

At least on the surface, there may not have been a better place for a woodworking craftsman to settle than High Point, one of the premier furniture hubs of the world.

“When we first visited High Point,” said Buzov, “it was full of activity. Downtown was bustling and I thought no place in the world could be better.

“Then when we came back to move to High Point,” he said with a smile, “it was a different town. There was very little activity at all. That’s when I learned that we happened to visit during that five-week period of ‘the market,’ when all of the furniture manufacturers are in town, wheeling and dealing.”

In spite of his deceiving first look at High Point, he survived, plying his trade mostly in the construction industry.

“I helped with wood finishes and custom cabinetry for homes, hotels and restaurants,” he said, “as well as apartment buildings all over the Triad region (Greensboro, Winston-Salem, and High Point). Eventually, I decided to open my own small restaurant and I wanted to do it in downtown High Point. It was my small way of helping invigorate the downtown, to show others that it could be done.”

Buzov readily admits that money is not the driving force in his life. Yes, he admits to being an idealist. He wants his life to be about more than money. He wants to have a positive impact on the community he serves, in however small of a way, and he wants to enjoy what he is doing.

Having a store logo that looks like Abraham Lincoln was dressed up for Halloween when posed for his portrait on the face of a “penny” certainly must be part of the fun, but the penny was symbolic, too, in the opening of his first value-conscious creperie.

The decision to start a small restaurant business came out of a need to survive. With the onset of the Great Recession in 2008 and 2009, the construction business in the Triad — like in other parts of the country — dried up. Contractors for whom he had been working, building out and furnishing restaurants among other businesses, were failing.

Starting a restaurant business in the heart of downtown High Point, next to monolith office buildings and showrooms that are mostly vacant except for five weeks out of the year, seems daunting.

During that last recession, Buzov admitted that he was as broke as he could possibly be.

“We were boiling water to take a bath, camping out in our own house,” he said. “I was calling my father asking for help to pay my mortgage.

“But at the same time,” he said, “I was looking to make a break from the woodworking business and cabinet shop. I got lucky in finding our first location, which was only 600 square feet. I went scavenging for materials. We really didn’t have any money. We were hoping that people would beat a path made with pennies from our doorway to our register, bringing their dollars. ... It was a good metaphor, penny path, and it stuck.”

He and his wife survived, even thrived, and a few years ago opened a second creperie in Winston-Salem. The original High Point location is now a little more than nine years old. With two daughters old enough to manage their own locations, here they are with their third creperie , in Blowing Rock.

“We have visited Blowing Rock many times through the years,” he said, “but we were not initially looking here. We had looked at Boone and a couple of years ago we were looking at Morganton and Marion as possible locations for our third restaurant, but then a chance meeting led to our discovering this location and this opportunity. Someone associated with the Blowing Rock Chamber of Commerce happened to come into our High Point restaurant and they really liked it. That started a conversation.”

Reflecting back on his earlier years in Germany, Buzov described a life as a craftsman serving the needs of restaurants, cocktail bars, bistros, and such.

“I love the hospitality industry,” he said. “I just love the whole entire environment.”

And yet, there is risk.

“In some respects,” he said, “It is a scary thing to do something like this. And when we started down this path for opening a new store, we didn’t know that the pandemic was right around the corner. We signed the lease in December of 2019, and we were just about ready to come in here, in late February and early March, and get it ready to open in May. But I was learning about what was happening with COVID back in Europe and decided to postpone the whole construction aspect of upfitting the space. There was too much uncertainty.”

That postponement phase ended in October and Buzov and his daughter rolled up their respective sleeves and got to work.

“I am thrilled to be here,” he said, as his daughter looked on, smiling. “We have met so many wonderful people in Blowing Rock, especially in the business community. I am very humbled because I feel very welcome here.”

The concept for crepes is a sort of old family tradition.

“My grandma,” he said, “taught me to make these crepes in a pan. I love crepes. They are therapeutic for me!”