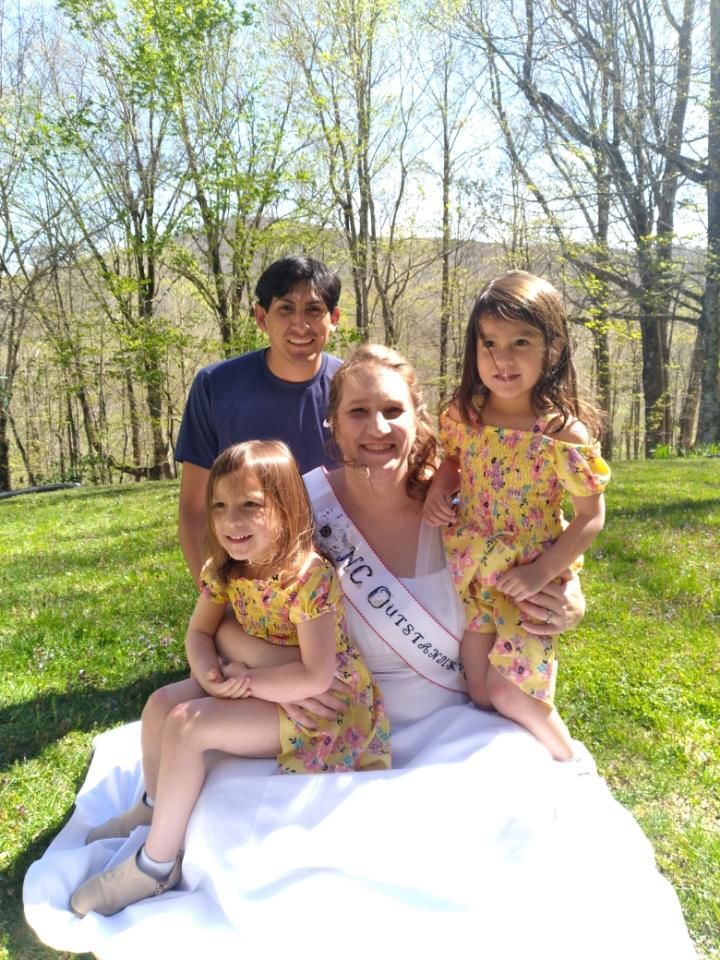 Jennifer Maulding, who was recently recognized as a 2021 Outstanding Junior by The North Carolina Society Daughters of the American Revolution, received her sash and pin during an online conference. Pictured above are Maulding’s husband, Aldo Alcaraz, and two daughters, Ashlynn Grace (left) and Kaylee Elizabeth. 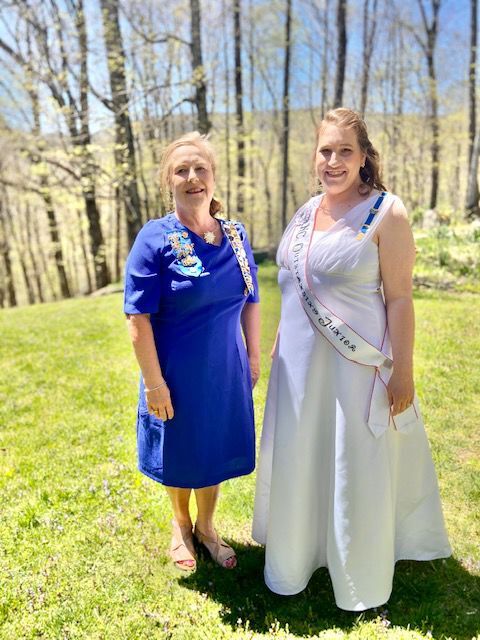 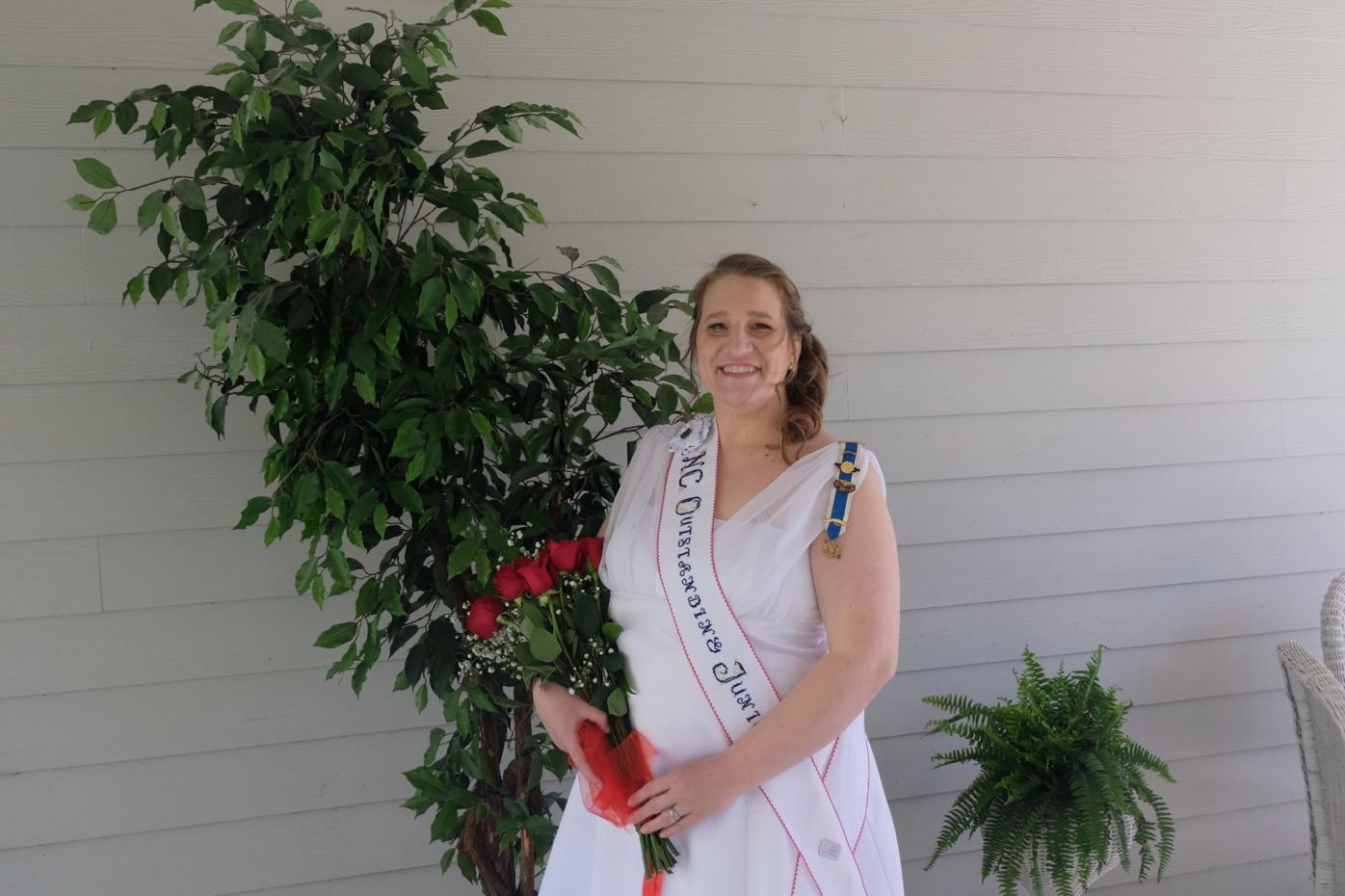 Jennifer Maulding is recognized as the 2021 Outstanding Junior by The North Carolina Society Daughters of the American Revolution.

Jennifer Maulding, who was recently recognized as a 2021 Outstanding Junior by The North Carolina Society Daughters of the American Revolution, received her sash and pin during an online conference. Pictured above are Maulding’s husband, Aldo Alcaraz, and two daughters, Ashlynn Grace (left) and Kaylee Elizabeth.

Jennifer Maulding is recognized as the 2021 Outstanding Junior by The North Carolina Society Daughters of the American Revolution.

CROSSNORE — Jennifer Elizabeth Maulding Alcaraz-Cristobol was recently recognized as a 2021 Outstanding Junior by The North Carolina Society Daughters of the American Revolution, an organization through which Maulding serves her community and keeps the history of those who fought for the country’s independence alive and well.

The Daughters of the American Revolution (DAR) is a women’s-based lineage society whose members can trace their heritage directly to someone who fought for or contributed to the country’s war for independence. As a nonprofit, DAR promotes education and historic preservation, while its members complete service projects throughout their communities.

Maulding has been a member of the Crossnore chapter of DAR since 2010, and has served with the chapter in numerous leadership roles, including as a regent, vice regent, registrar, treasurer and has held several committee chair positions. Maulding has even served the organization at the state level.

Maulding’s commitment to her community is best exemplified by her volunteer projects, which she has organized at both the local and state level, including making training toys for veteran service dogs, gravestone cleaning, Veterans Restoration Quarters shelter projects and volunteering with new mothers. Within the organization, Maulding also does document transcribing, and while outside of it, Maulding volunteers for the Avery County Senior Center and her church.

“I find it really rewarding to help serve and volunteer,” Maulding said. “At the time (I joined) I was finishing up my degree, and I was working part-time at Banner Elk Elementary tutoring and babysitting in the evenings. (DAR) kind of just gave me a greater purpose, and I got to know people and got involved in things.”

Maulding, who is a graduate of Lees-McRae College, is a direct descendant of Ambrose Maulding, who fought in the Revolutionary War. His family had landed in Mauldin, S.C., and he would go on to settle at the border of North Carolina and Tennessee when the border was located about three hours west of where it is today.

When Maulding decided to join DAR, she was benefited by the efforts of Ruth Adams, her grandfather’s sister, who was already a member and had previously submitted the paperwork to the organization detailing the link to her grandfather of nine generations ago. Three other women in Mualding’s family are also members of DAR, and other members are benefited by the organization’s Genealogical Records Committee (GRC), which has access to the second largest set of ancestral records in the US.

“Because we have stringent requirements, we require documentation. If my cousin wanted to join, they could get my application, and our chapter registrar could look at documents that are one hundred years old and help people do their research,” Maulding said.

When Maulding was recognized for her work with the organization, she said it was an unforgettable experience, not only due to the organization’s annual conference being held remotely due to the pandemic, but it also gave her the unique opportunity to personally thank the exemplary women who helped become the person that she is today.

“It was different, because we had a virtual conference this year. I went to an acquaintance’s house, and I got the sash and the pin from the state society. Normally, there’s 600 to 700 women at the conference, but I had an outpouring of support through emails, texts and pictures and many people were trying to make it special,” Maulding said. “Everything that I have done is because I had great mentors, so I really appreciated the opportunity to tell my story and thank everyone who had helped me along the way.”

For more information about Daughters of the American Revolution’s Crossnore chapter, visit ncdar.org/crossnorechapter or email crossnorechapternsdar@gmail.com.