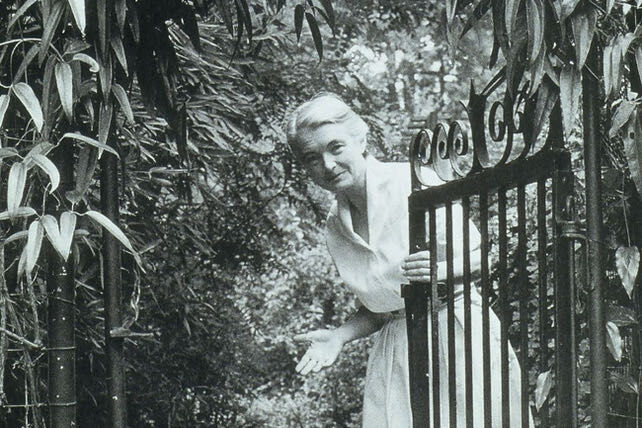 Elizabeth Lawrence was the first woman to graduate from the Landscape Architecture program at State College, now known as North Carolina State University. 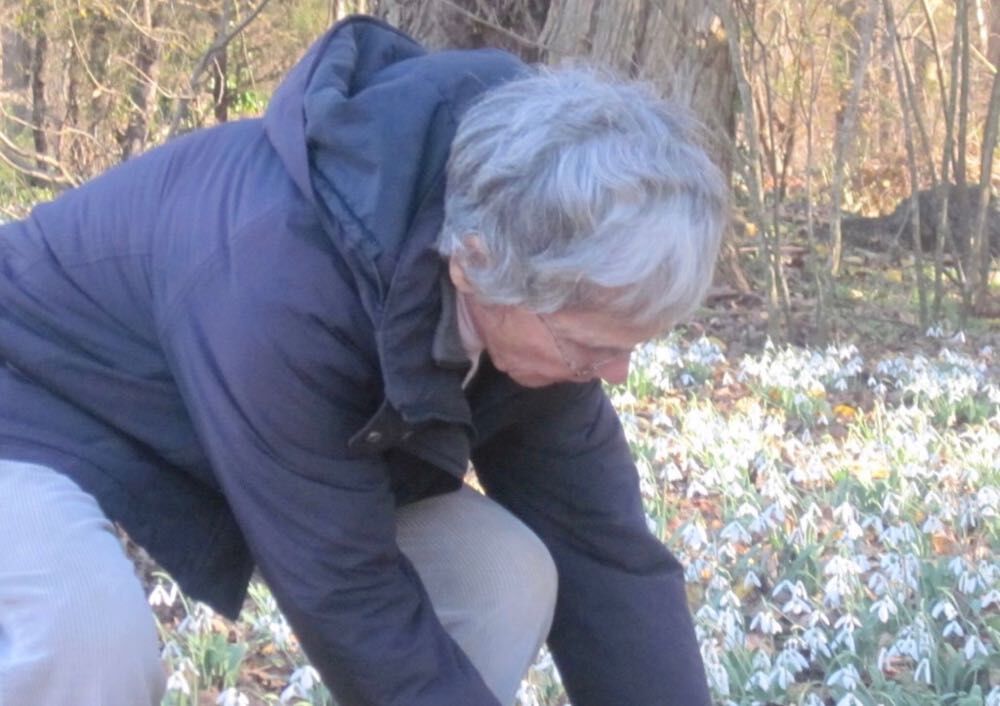 Nancy Goodwin has created a magnificent garden at Montrose in historic Hillsborough.

Gardening is local: what works in your garden may, or may not, work in ours. Successful gardeners persevere, continually applying collective garden wisdom to our horticultural endeavors. Fortunately, here in North Carolina we have deep reservoirs of gardening knowledge to draw upon.

Two North Carolina women stand out: Elizabeth Lawrence and Nancy Goodwin. Elizabeth Lawrence (1904-1985) was the first woman to graduate from the Landscape Architecture program at State College, now known as North Carolina State University. A graduate of Duke University, Nancy Goodwin is the owner of Montrose, one of the premier gardens in our state.

Elizabeth Lawrence was one of the first people to explore and write about Southern gardening. Publishing her first article in House & Garden when she was 32 years old, Lawrence went on to write six manuscripts, many articles for national publications and over 700 columns for the Charlotte Observer.

In my favorite book, “Gardening for Love,” she introduces us to the agricultural market newsletters of the day.

During the opening years of the last century, agricultural market newsletters connected farmers to each by providing a forum to advertise their livestock, seeds, tools, lands and labor. Their wives often placed notices for the garden seeds and plants they grew for their family.

Subscribing to market newsletters across the South, including the “North Carolina Agricultural Review,” Lawrence was a frequent customer for the woodland plants grown by a handful of ladies in Watauga County.

A dedicated correspondent, Elizabeth Lawrence would exchange detailed letters with the ladies selling their plants. Growing tips and progress reports went up and down the mountain, along with updates on the weather and other rhythms of life. “Gardening for Love” was built upon the correspondence between Lawrence and the growers she worked with. Beyond this horticultural exchange, I enjoy the peek into mountain life in the 1950s and 1960s.

In 1948 Lawrence moved from Raleigh to Charlotte, where she purchased a house in the city on one-third of an acre. Turning her yard into a “living laboratory,” she was constantly observing those plants that did well and those that did not survive. This information became the basis for much of her writing.

In 2008, the Wing Haven Foundation purchased her home, which is now recognized as a local historic landmark. It is also part of the Smithsonian Institution’s “Archives of American Gardens” along with being a “Preservation Partner” of the Garden Conservancy. The Wing Haven Foundation is looking forward to reopening the garden for events in the future.

In the world of horticulture, Nancy Goodwin is a living legend. She has created a magnificent garden at Montrose in historic Hillsborough, a garden that will live in posterity for North Carolinians through the establishment of the Montrose Foundation.

In the late 1970s, Craufurd and Nancy Goodwin moved to Montrose, an estate originally owned by North Carolina Governor William A. Graham and his descendants. Hillsborough’s wonderful soil attracted Nancy, an ardent gardener, while the house was large enough to hold their vast collection of Bloomsbury art.

For 10 years, 1984-94, she ran a nursery at Montrose, a nursery that old-time gardeners still talk about because she carried rarely seen plants in her catalogue. Along the way, she added her plant introductions, such as Heuchera ‘Montrose Ruby’ that is still a popular plant in nurseries today. This particular heuchera hybrid with its silver markings opened up the market to new heucheras – suddenly gardeners realized that heucheras could appear in a myriad of colors.

The creation of the Montrose garden benefitted North Carolina readers because Nancy has managed to write two books as well as edit Elizabeth Lawrence’s posthumous notes on rock gardening in her spare time. One of her books is the delightful “A Year in Our Gardens” she wrote with Allen Lacy, a former garden writer for both The Wall Street Journal and The New York Times.

And then she wrote “Montrose,” which describes in detail the vast garden she created and its changes throughout the year. In gardening zone 7, Nancy demonstrated that the garden can support blooms 12 months a year. In fact, she is a huge fan of the winter garden.

To understand Montrose, it’s necessary to see Nancy as an artist who paints with plants. Her knowledge of plants runs deep — she can tell you the history of the largest tree down to the smallest cyclamen.

Her garden rooms are based on themes, some of which are moored in color whereas other areas are built around contrast. The walk leading to the front door harbors the famous Dianthus Walk, which was breathtaking until the deer took over and demolished it. Eventually the Goodwins were forced to erect a huge screened fence around the garden to protect the plants – and the Dianthus Walk has begun to reemerge.

In the winter in the woodland section, the hardy cyclamens dominate, creating huge swathes of color and form. Her winter garden harbors many hellebores, including the charming H. niger, reputedly the most difficult of the hellebores to grow.

During normal times, Montrose is open by appointment. Twice each year Nancy holds garden days, inviting members of the public to come and feast their eyes. For more information on Nancy’s creation, visit www.montrosegarden.org.

Simply put, both Elizabeth Lawrence and Nancy Goodwin have done so much to educate and inspire gardeners in North Carolina and throughout the South.