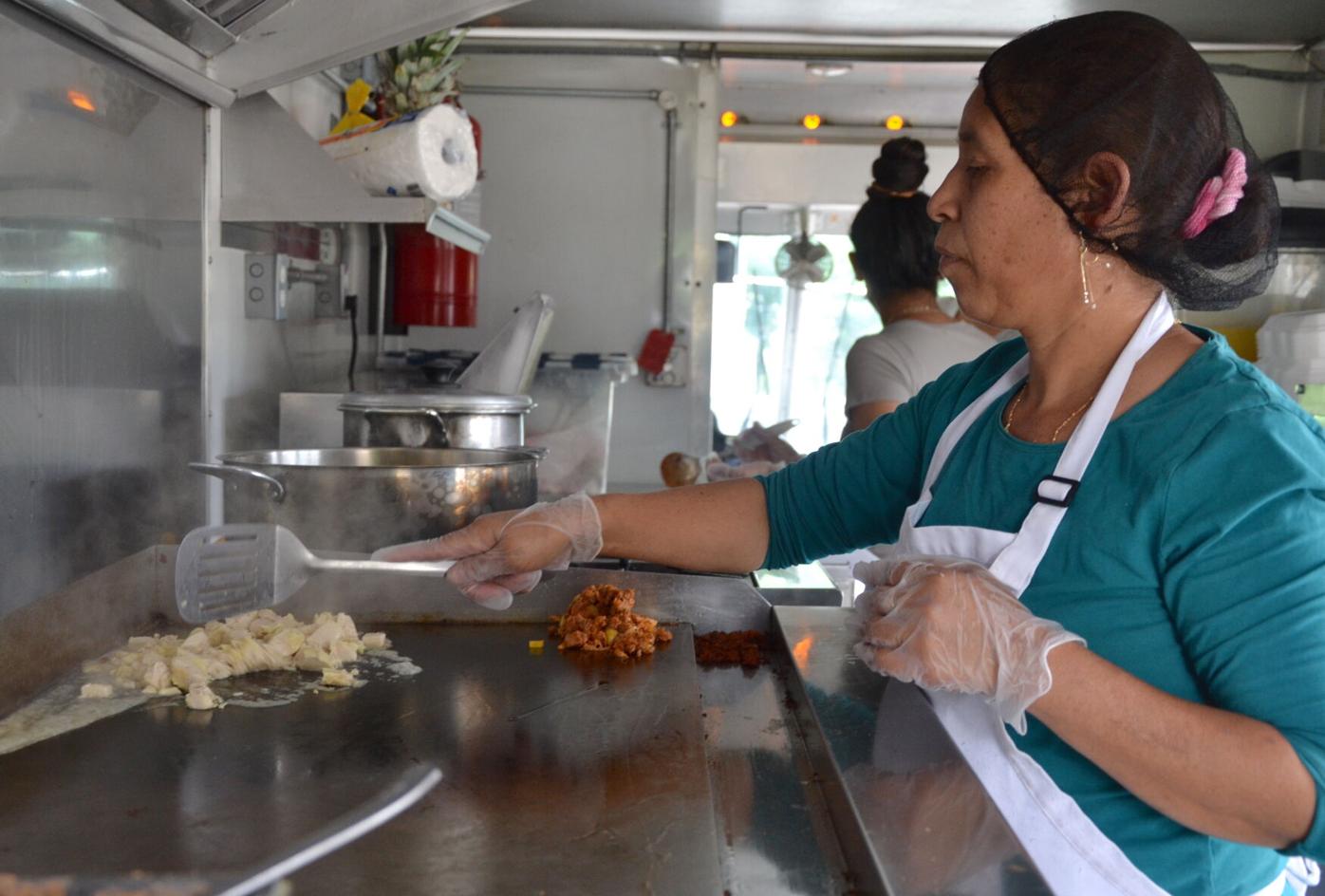 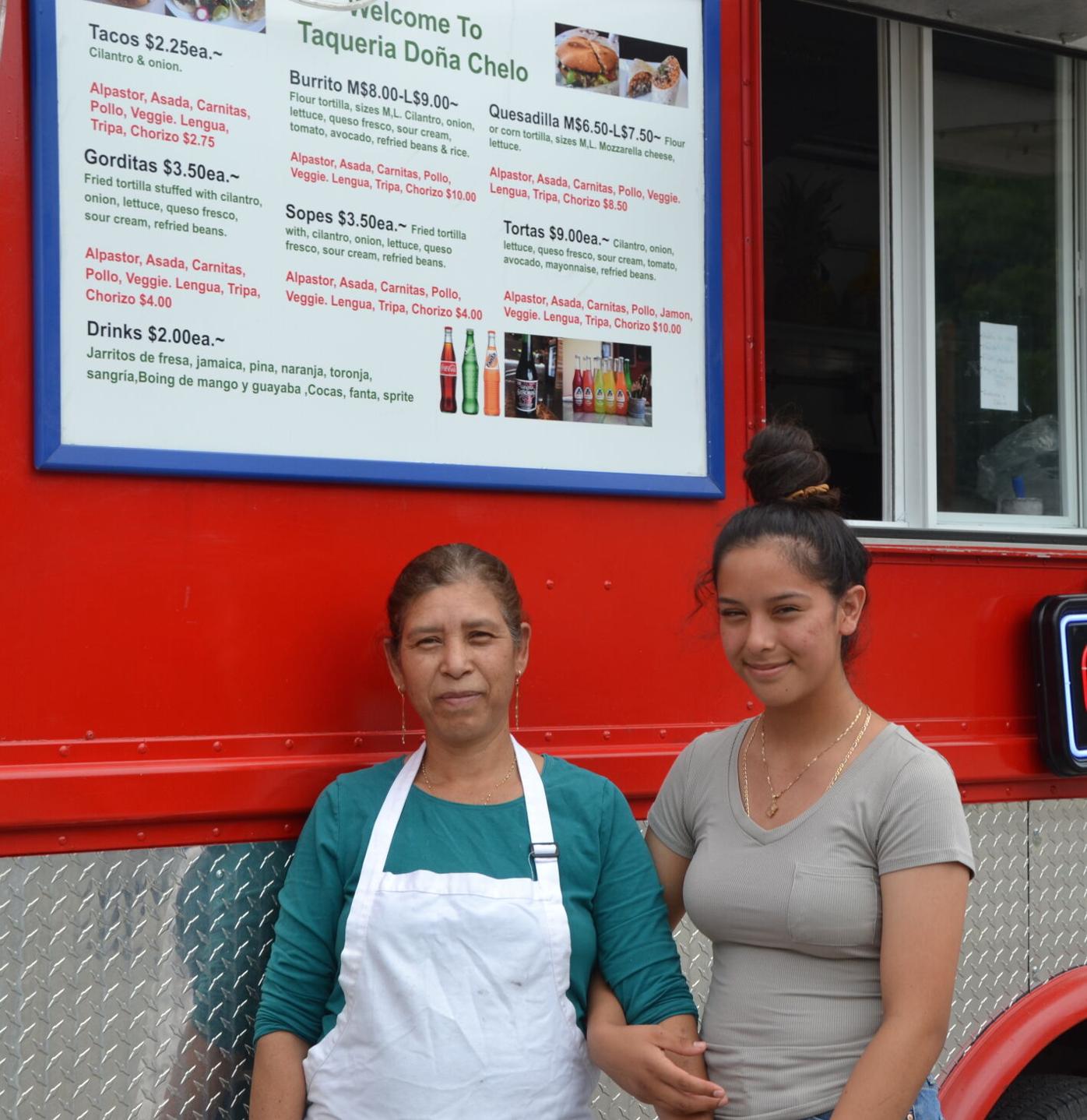 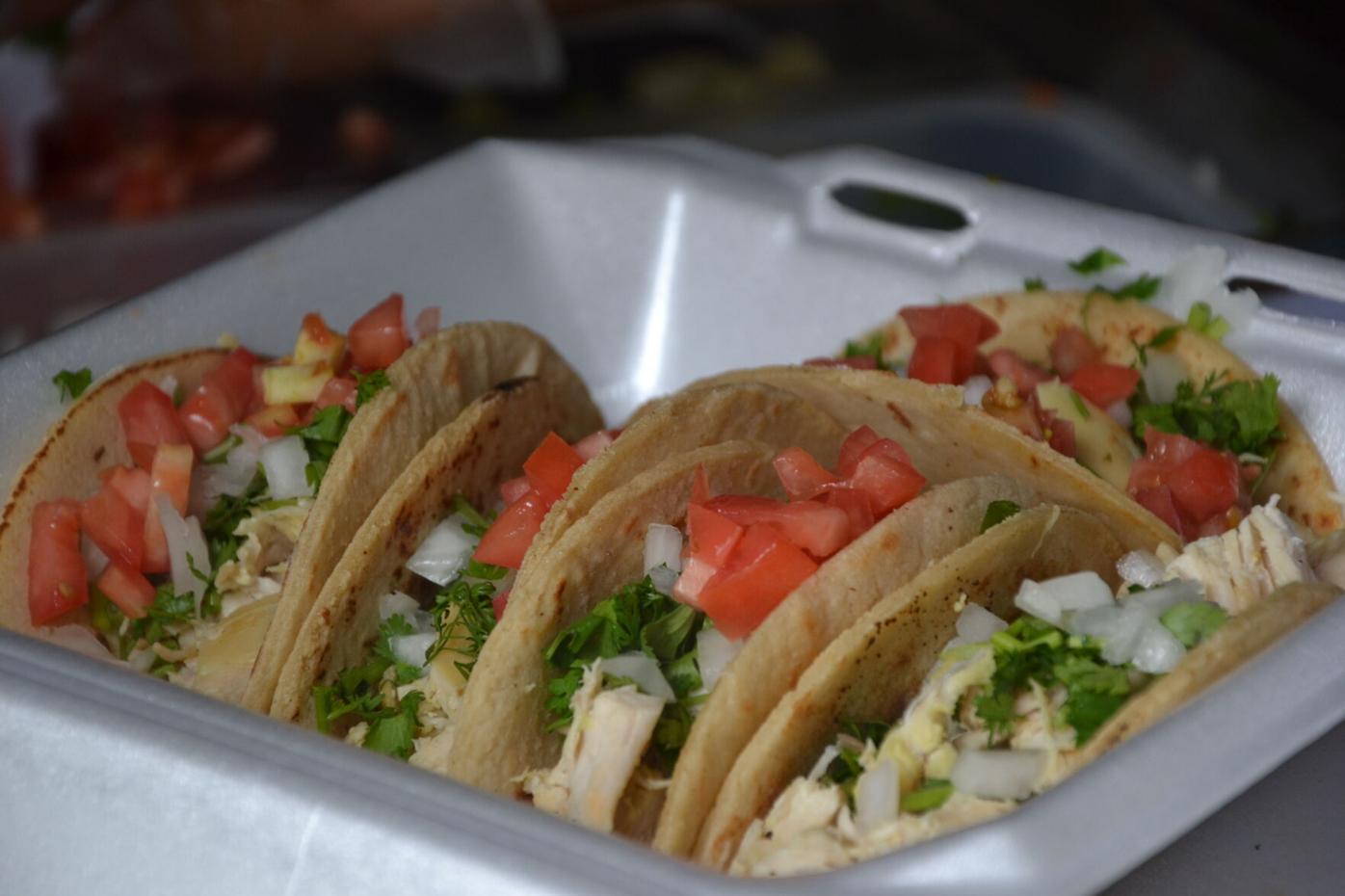 Arcelia Alvarez whips up some Mexican food dishes at her food truck. 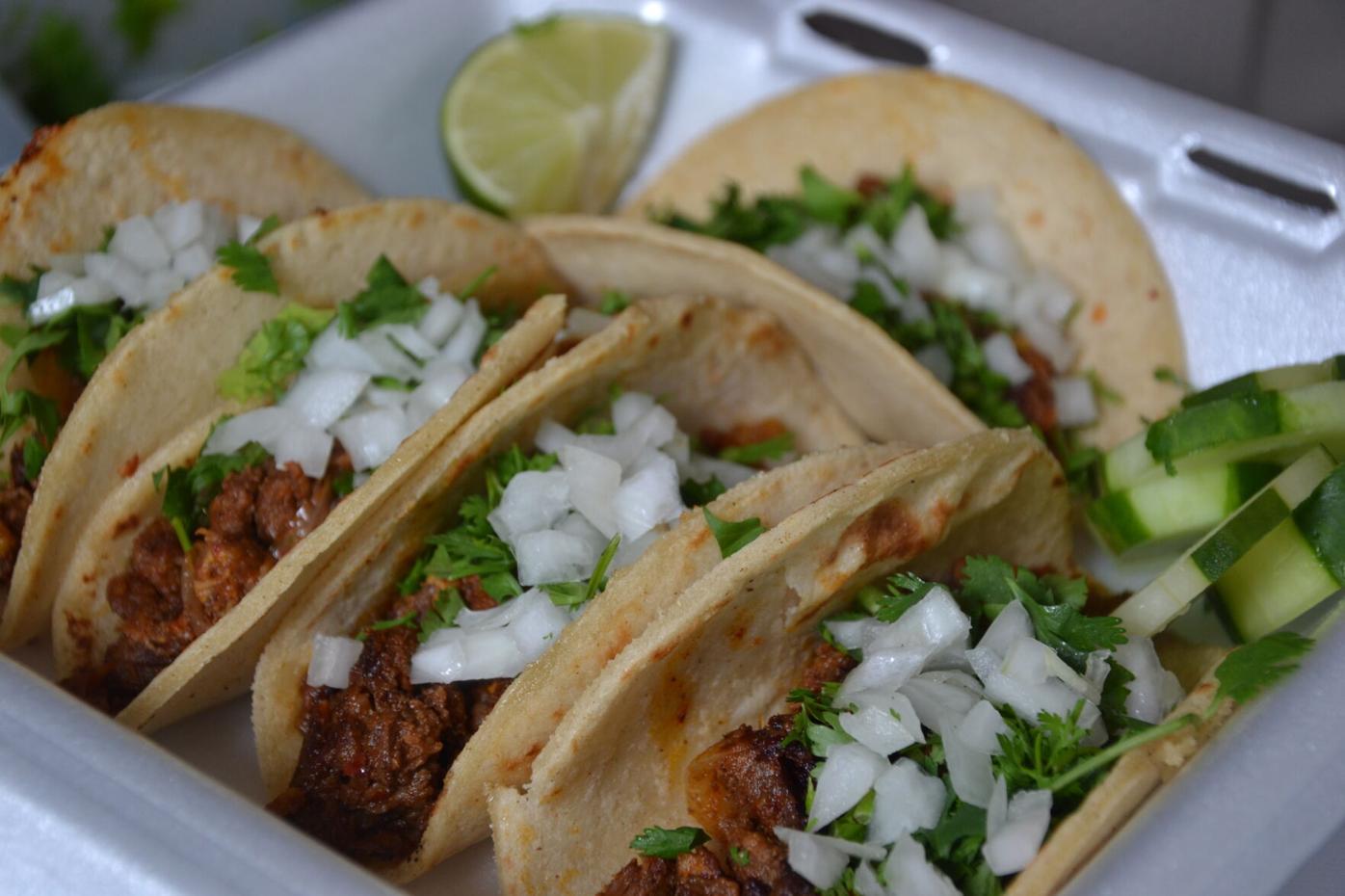 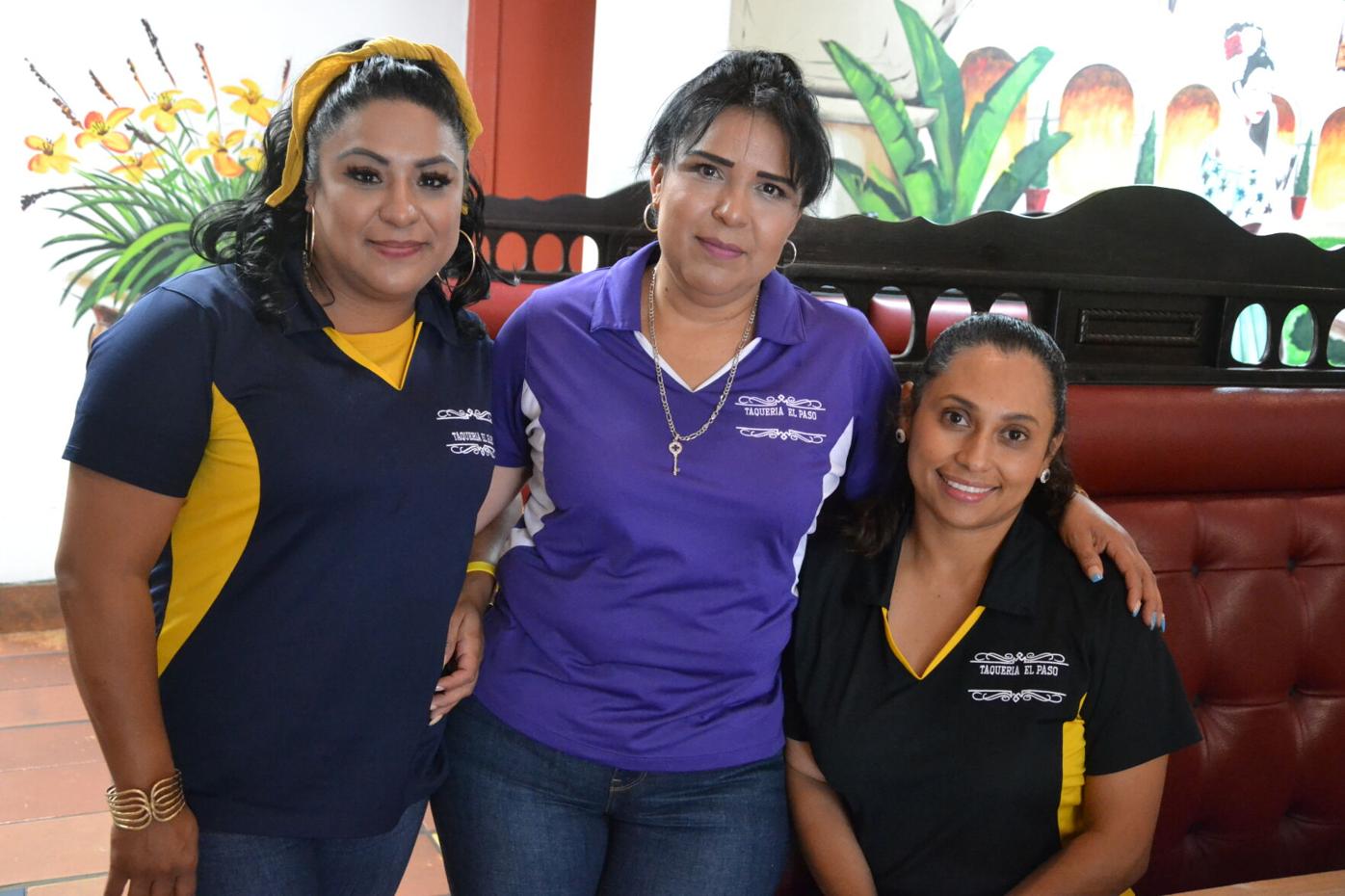 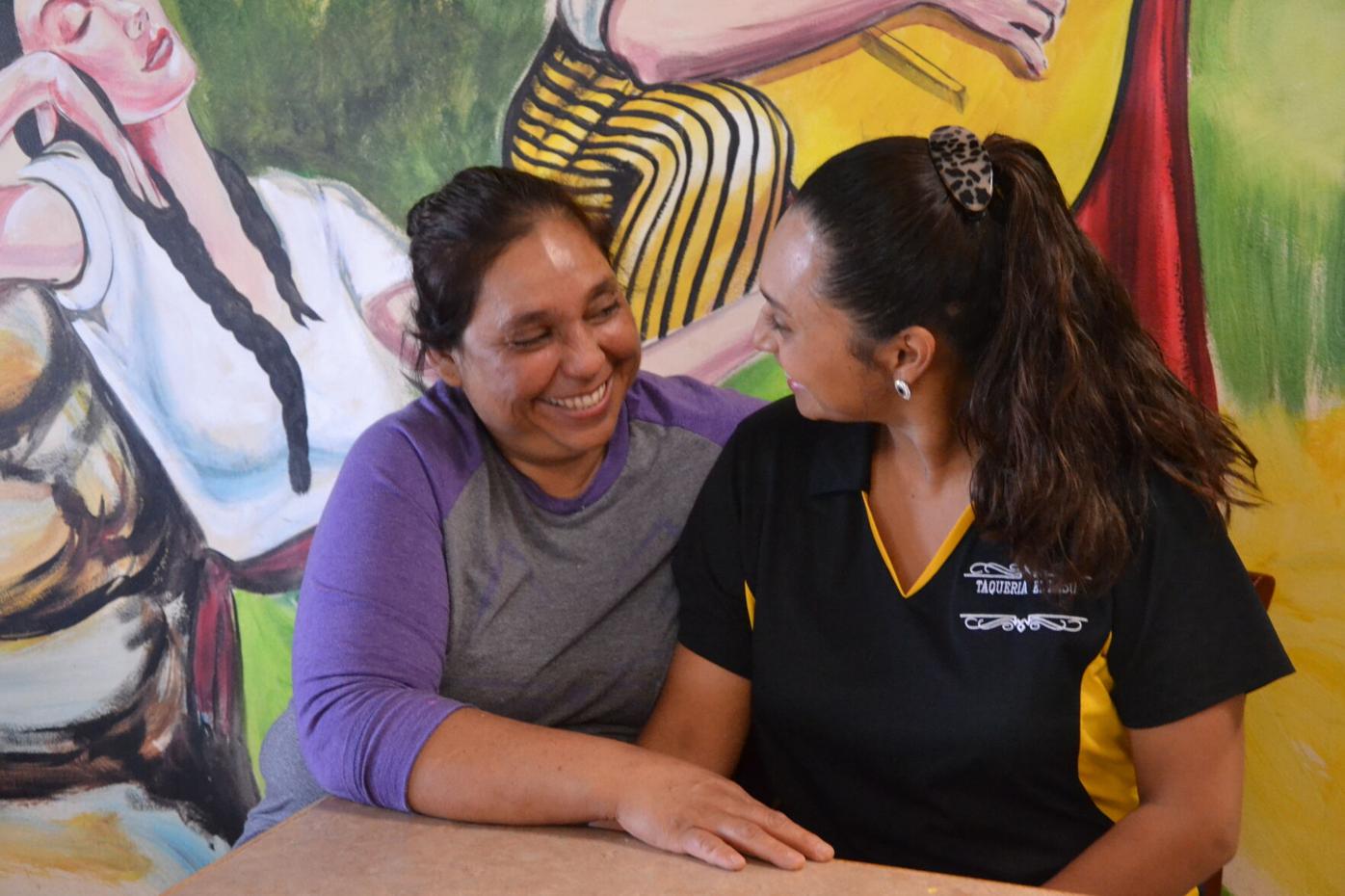 Arcelia Alvarez whips up some Mexican food dishes at her food truck.

Just outside Cornerstone Church in Boone, Taqueria Doña Chelo, a little red food truck sits. Just nine minutes away, on N.C. 105, is the red and teal building of Taqueria El Paso. Connecting these two businesses is not only their authentic Mexican food but also the years of history behind the restaurants’ meals.

Backing their recipes are the generations of women that came before Lupe Ruiz, owner of Taqueria El Paso, and Arcelia Alvarez, owner of Taqueria Doña Chelo. Both women co-own their restaurants with their husbands, but both places are a family affair.

Lupe first learned how to cook when she was a child in Mexico. Her mother taught her and her siblings how to make the family recipes passed down to her from Lupe’s grandmother, leaving her with fond memories of learning how to make homemade tortillas, enchiladas and other recipes that have become a staple in Taqueria El Paso.

“It was a great experience because now we have our own restaurant, and we know how to make tortillas by hand, so that’s great,” Lupe says.

In 2002, at the age of 15, she moved with her mother and sister to Boone to live with her brother. In the beginning, Lupe struggled with the transition but continued her love of food in the U.S.

In high school, she took cooking and nutrition classes, where she learned about the food industry and how to prepare food. While taking classes, Lupe worked at a restaurant washing dishes and cleaning the tables.

“It was hard in the beginning, but then I learned that you need to work to succeed,” Lupe says.

When her husband wanted to start a business, her time working in restaurants and learning how to cook from her family and school helped prepare her. Taking recipes from both her side of the family and her husband’s, they built the menu around tradition and authenticity.

“I think tacos are my favorite because we make the corn tortilla for the tacos, and that gives you a really good taste for tacos,” Lupe says. “If you want a chicken taco, it’s a homemade corn tortilla. That makes it a really authentic flavor.”

However, using her family’s recipes isn’t the only thing she enjoys about running a business. Lupe says Taqueria El Paso helped her become less shy, and now she loves interacting with customers and meeting new people through the restaurant.

“I love to talk with people,” Lupe says. “It’s a way that you can display a love of God on people, to love everybody.”

Across town, Arcelia also serves Boone with her family’s recipes.

Similar to Lupe, Arcelia learned how to cook from her mother, who began to nurture a love of food and cooking into Arcelia at the age of 11. Her mother taught her the importance of seasoning, which she says is the “critical component” of Mexican cooking.

Growing up with little money, Arcelia says her mother showed her that anyone could cook well, not just those who had the financial means.

“We were poor, and she had minimal ingredients to cook, but she did magic, transforming the food with those elements,” Arcelia says. “That is how I learned that cooking is something that you can do even if you do not have many means.”

Originally from Querétaro, Mexico, Arcelia moved to the United States in 2004, spending six months in Florida before moving to Boone. Arcelia’s husband had been living in Boone and visiting Querétaro, but Arcelia says the city was becoming dangerous, pushing her to move to Boone so the family could all be together.

Before she opened Taqueria Doña Chelo, Arcelia shared a food truck with a family member. However, when that truck broke down, she wanted a food truck of her own.

Bringing the idea to her husband, they saved up their money and searched the internet for the right fit before finally finding the Taqueria Doña Chelo food truck.

The couple made renovations before taking the truck to get inspected. Upon passing inspection, Arcelia and her husband named the food truck Doña Chelo — after what one of Arcelia’s sons would call her. The food truck officially opened on Dec. 18, 2020.

Like Lupe, Arcelia says she loves serving the community through food and sharing her family’s recipes with Boone.

“The most satisfying feeling is when I hear people saying that they love my cooking,” Arcelia says. “Those comments about my cooking are what push me to create more and continue serving.”

One of her favorite recipes is Mole and Tamales, which she says her mother had to go over with her several times as the dish is tricky to make.

“Regarding the Mole, the chile guajillo is the essential ingredient. That is what gives it the flavor,” Arcelia says. “If the chile gets burned, then it ruins the taste. It is very delicate to cook. It has to be crispy but not burnt.”

Both Lupe and Arcelia say they love how food can bring people together and connect them despite their differences.

In the future, Lupe and Arceila plan to continue connecting people through food and hope to pass down their recipes to their children and extended families.

Lupe hopes to involve her two sons in the business, while Arcelia says she knows her recipes will live on through her daughters and daughter-in-law despite any changes they may make.

“Even if I pass (on) some of my recipes, they all tend to taste a little different because each person is unique to what they cook,” Arceila says. “It also means that my recipes will continue on.”

Ansley is a junior journalism major at Appalachian State University from Columbia, South Carolina. When she's not writing, you can find her with her nose in a book.