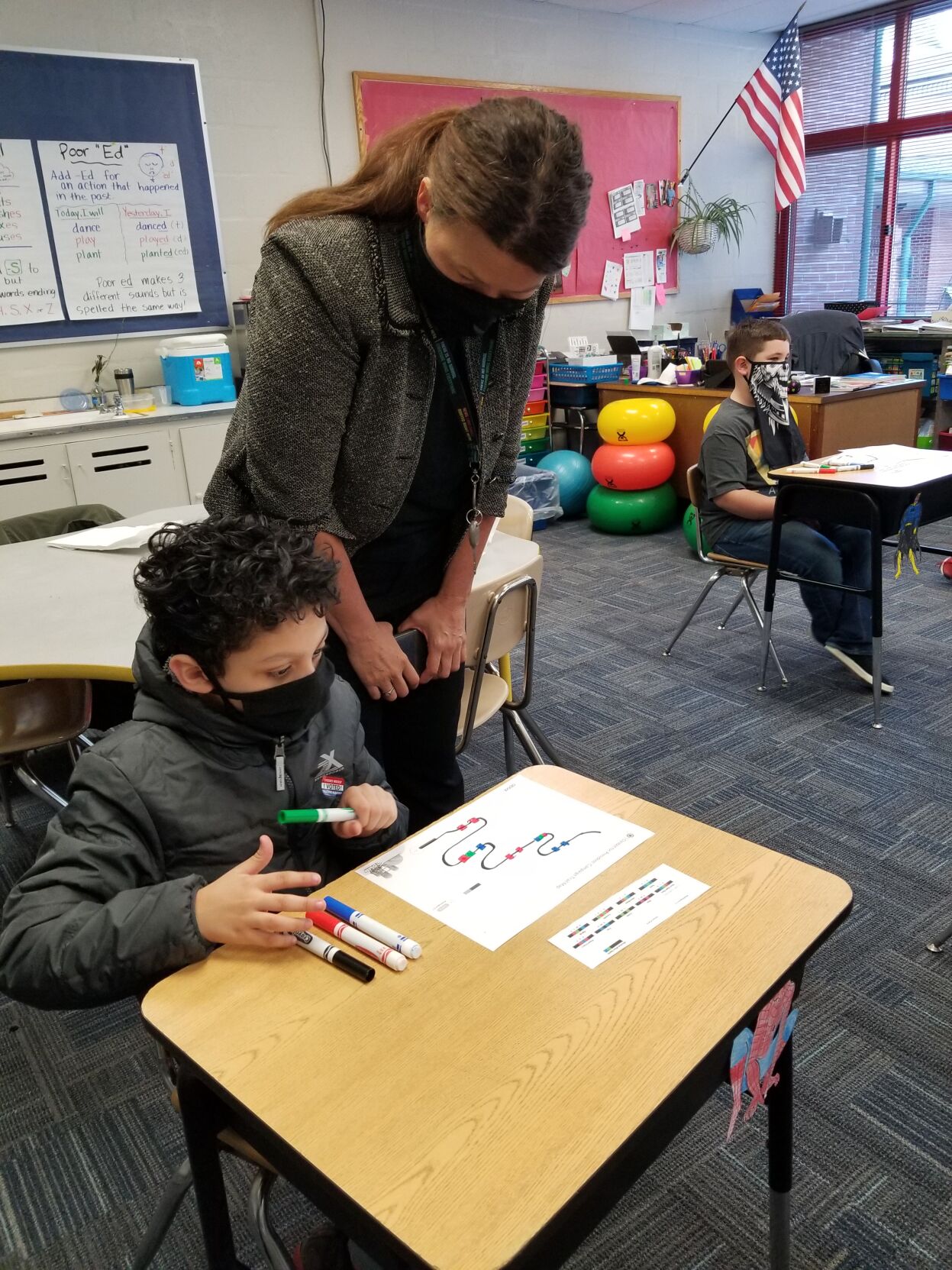 Mebane Rash meets with students of T.C. Henderson School of Science and Technology. 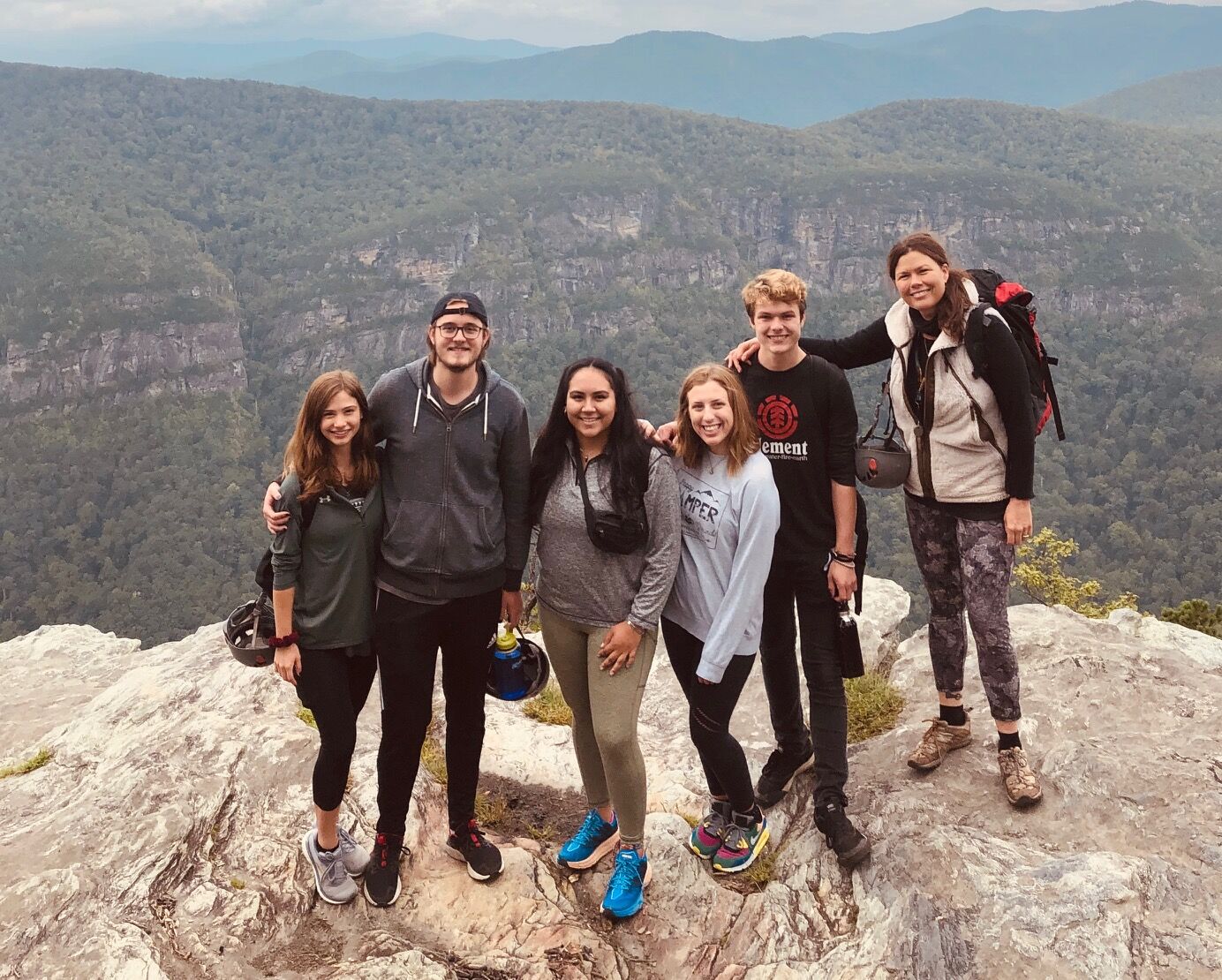 Mebane Rash rock climbs with her son and Appalachian State University students in the Linville Gorge. 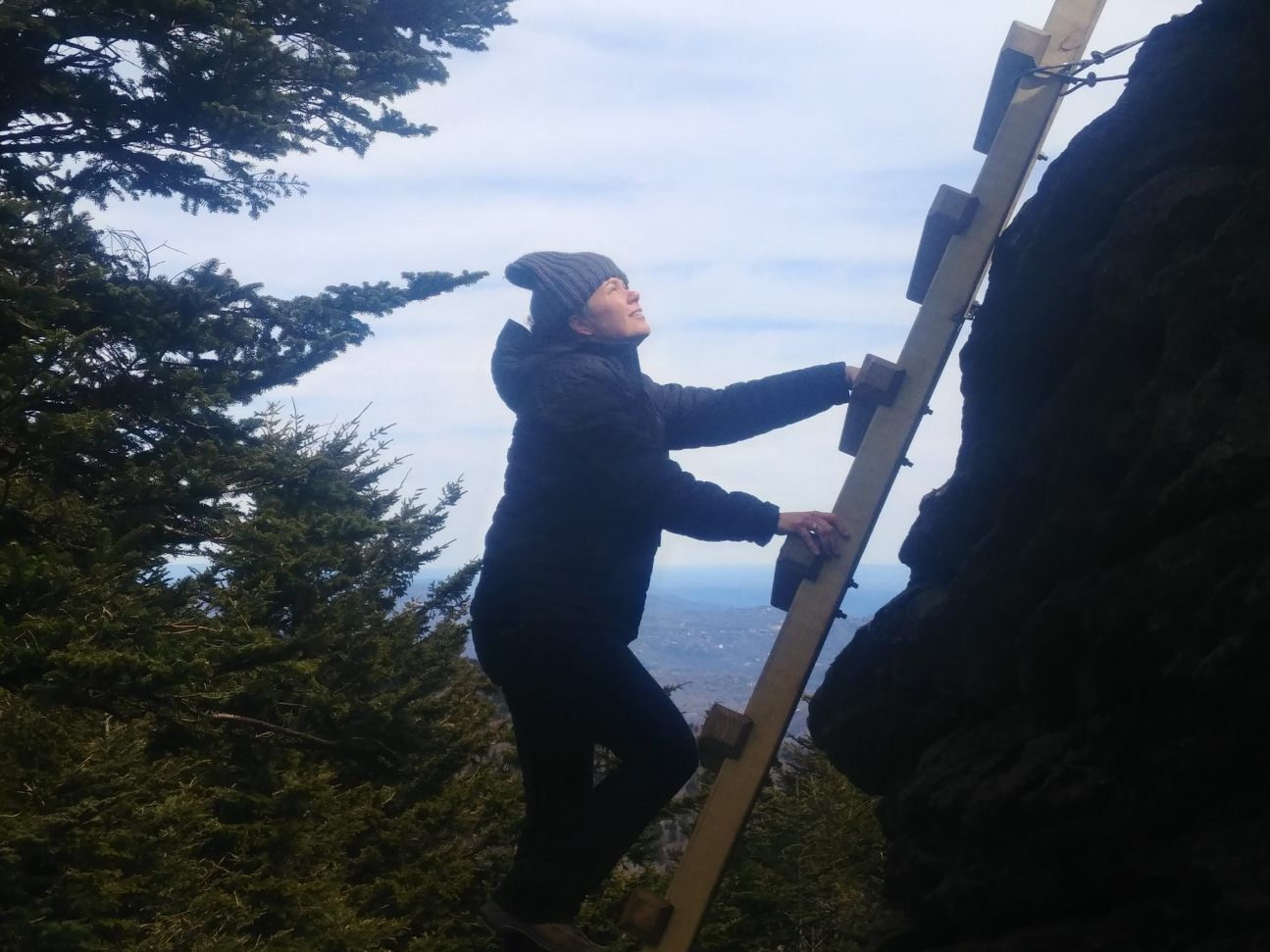 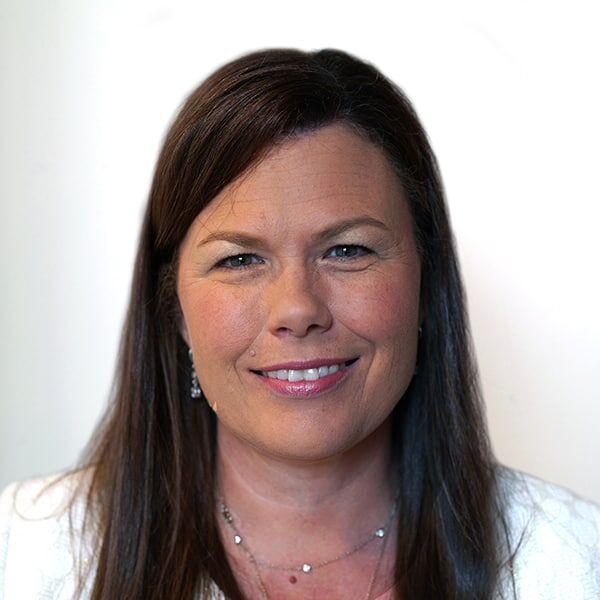 Mebane Rash is the CEO and editor-in-chief of nonprofit online publication, EducationNC (EdNC).

Mebane Rash meets with students of T.C. Henderson School of Science and Technology.

Mebane Rash rock climbs with her son and Appalachian State University students in the Linville Gorge.

Mebane Rash is the CEO and editor-in-chief of nonprofit online publication, EducationNC (EdNC).

Mebane Rash, the CEO and editor-in-chief of nonprofit online publication, EducationNC (EdNC), always knew she wanted to tell the stories of North Carolinians.

Especially when it came to education.

A native of North Carolina, Mebane grew up in the fourth ward of Charlotte — a neighborhood just north of the rapidly growing city. Because of this, she had a front row seat to both the challenges and opportunities her fellow community members faced.

From young journalist taking on assignments while in summer camp, to building a flourishing education news outlet and her years working in law in-between, Mebane is passionate about the work that she calls “the love of her life.”

A Start in Storytelling

It was really only time until the excitement of storytelling took its hold on her.

“I come from a whole family of storytellers,” she says. “My grandparents were great storytellers; handing down stories in the ‘mountain style’ from my grandmother's family. Those stories had all kinds of lessons in them as well as secrets about where the best plunge pools and springs are.

Any magazine or book that landed on the coffee table, she read. Anything she could get her hands on to learn more about the world she lived in she immediately gravitated towards.

She says there’s something in getting to know people and building relationships, and from there, building a bigger and better world with more opportunity for people that drove her to write and pursue storytelling. It started for her when she was just in the sixth grade.

“I was a lot like I am now (as a child),” Mebane says. “My first job was at the Charlotte Observer as a kid-to-kid columnist.”

She would receive her assignments from Rolfe Neill, then-publisher and her life-long mentor. Young children would mail their questions to her, and she would respond to them — usually on the topics of homework, siblings, parents or school.

“He would send me work to do even when I was away at summer camp,” she says laughing.

She loved every moment of it, and was instantly hooked.

“I loved being in the newsroom — the excitement, the buzz,” she says.

With exposure from her step-mother, who was on the NC Center of Public Policy and Research (NCCPPR), the ever-curious Mebane — just 10 years old at the time — knew that ultimately she wanted to become involved in public policy.

Every month, the NCCPPR journal arrived at her house, “and I read it cover to cover every time,” she says.

She says that from the get-go, she had a deep interest in thinking about how to work with others to make their life experience better. She attributes her time living in Charlotte’s fourth ward to providing her with the specific experience of witnessing important issues such as wide-spread gentrification.

“I was thinking about public policy at a very early age because I was living in it,” she says.

Years later, Mebane would attend Central Piedmont Community College, then the University of North Carolina School of Law. After graduation, she began working for the NC Center of Public Policy and Research as a public policy analyst and the editor for the journal.

There, she learned the stark difference between viewing the world as it’s derived through research, versus having conversations with the very real-world people who the issues impact day-in and day-out.

“You have to take the time out to go and have meaningful conversations and figure out what’s really going on (in their lives) versus what we think is going on,” she says.

This is a lesson she would take with her through the rest of her life.

In its simplest form, the purpose of EdNC is to tell the stories of students, schools and the state to better the future, says Mebane.

EdNC, established in 2015,  mainly covers K-12 schools as well as colleges and universities across North Carolina, but has since expanded its coverage to include both community and historically Black colleges.

The organization was begun by superintendents in rural North Carolina who saw the decline of news organizations in the area, meaning the great work of leaders, teachers and students in those areas had little chance in being shared.They also felt like they didn’t have a voice in the North Carolina General Assembly, Mebane says.

Though EdNC was first set in place by these superintendents, it was Mebane who took the lead and ran with the idea. From there, the organization has flourished from being a staff roster of just three to now 15 across the state.

“When they were handing it off to me they said ‘fail forward, fail fast,’” she says. “And in that freedom, we have been able to build something that was not designed to be a traditional news outlet, or really even serve the needs of our funders or board, but to serve the people that need to hear this information the most.”

In those early months, Mebane recalls having more than 150 meetings to understand how their future readers received their news about education — how they consumed content, the sites they visited, their consumer patterns and other intel.

“What was captivating to them?” she says. “We really wanted to build a website around all of those interviews and take into consideration all of the education stakeholders we wanted to serve. It’s been a privilege … not many people get to build a media outlet that way.”

Mebane says it’s really important for people in the community to know that EdNC is here to give a voice to every single one of the 100 counties and 116 school districts in North Carolina.

“(At EdNC) we want to welcome everyone,” she says. “From the ones out West that voted 70-plus percent for then-President Trump as well as our urban blue crescent stretching from Charlotte up to Raleigh, and that includes all of the very purple counties in between.”

For Mebane and her staff at EdNC, it circles back to the relationships they want to build for a stronger education system in North Carolina.

“We believe in this architecture, and it’s been really important to us to have all different kinds of voices,” she says.

A Day in the Life

As with any news organization, each day is different, but Mebane did share some essentials that she and her team follow to be the “best in the world at listening,” she says.

“We spend a lot of time cultivating that as a skill and a practice (at EdNC) and we are certainly organized to do that."

Every Monday morning, as the first big meeting of the week, the entire team comes together to talk about current events, tasks and share what they are working on.

Mebane says having a meeting like this gives the rest of the team the ability to go out in the community for the remainder of the week and focus on listening.

“That listening informs our storytelling and research — that deep desire to listen and learn with the community that we serve,” she says.

Mebane begins her day early, as many editors do. Specifically, she gathers the elements needed for the EdDaily newsletter.

From there, she works with her staff to manage the news content throughout the day in addition to overseeing the nonprofit from the enterprise level.

Though Mebane may often be caught working beyond the hours of 9 a.m. to 5 p.m., she says it’s a priority of hers to make sure her staff are well taken care of.

“If you allow it to, (the news) can control every minute of every day,” she says. “So we try to wind down everything at 5 p.m.”

Home in the High Country

Though Mebane was born and raised in Charlotte, she says it’s the High Country that she's always called home. As young as she can remember, her weekends were filled with long days playing in rivers, waterfalls and hiking trails all along Western North Carolina.

“It’s a part of the world that has always been home to me,” she says. “And I have loved every minute of living my life here.”

“It’s so different to wake up, walk outside, look at the mountains and breathe in the mountain air. It has a soothing effect on the soul that in a day-to-day kind of way I could not have imagined the difference, but is truly remarkable,” she says.

Though Mebane looks forward to many more years of serving the leaders, teachers and students of North Carolina, she had one last remark to say about her life’s work through EdNC.

“It’s been my privilege to tell the stories of our students, our state and our future."