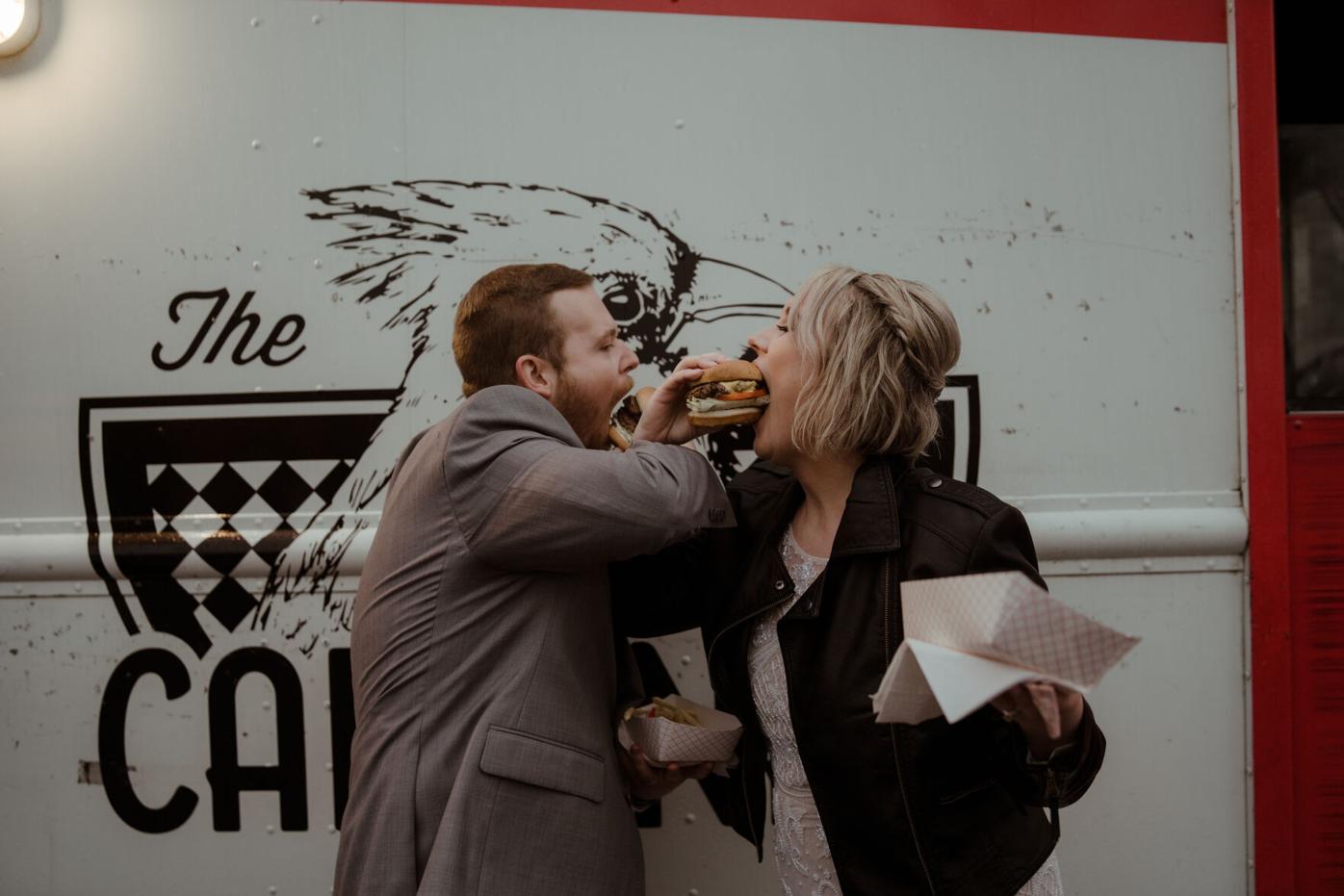 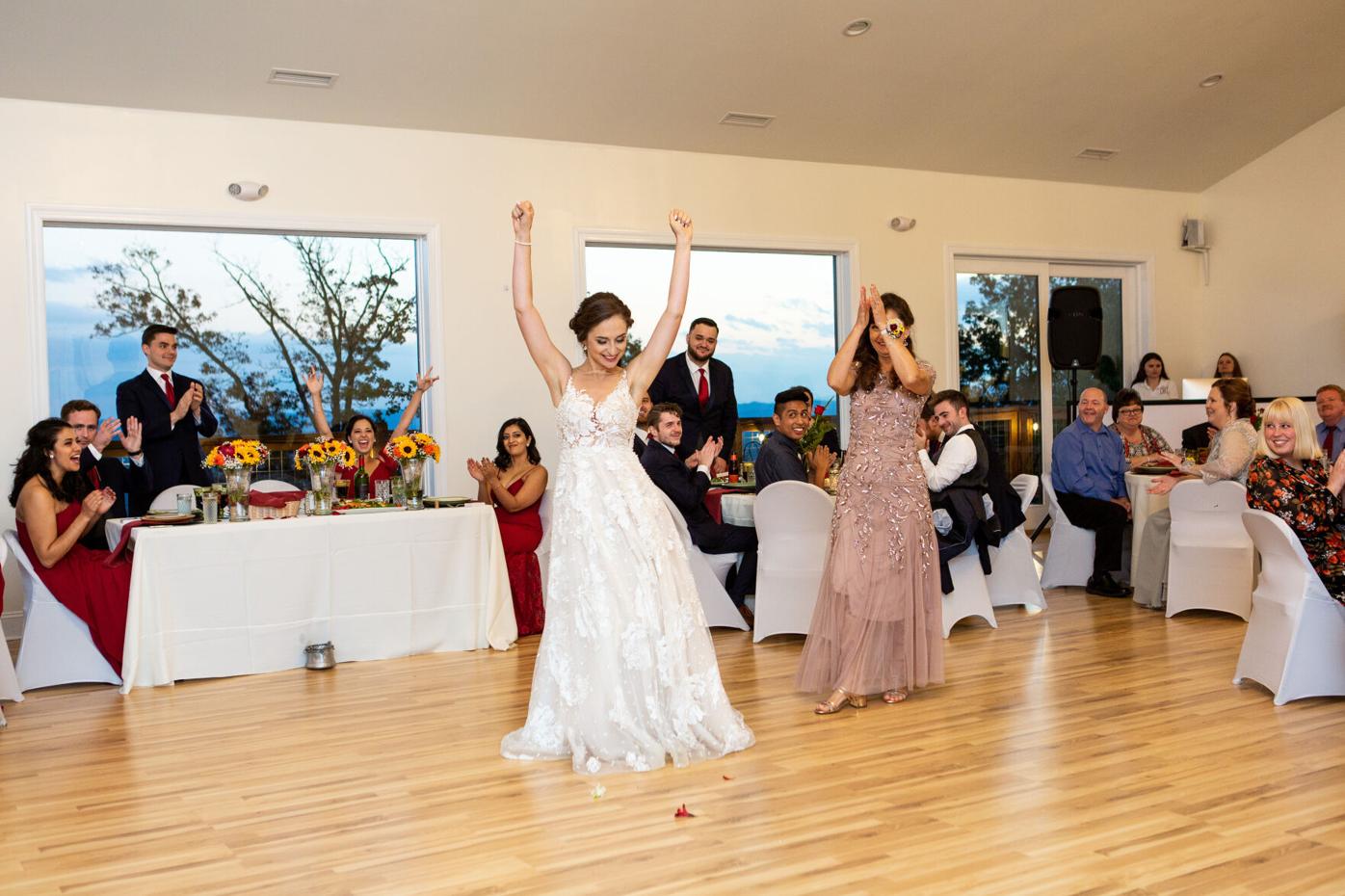 "Whatever you want is the name of the game; it's your wedding, so go for it.”

It's easy to be pulled into making everyone but yourself happy on your wedding day, but these words of Megan Drake — owner of The Elegant Event — exemplify how brides and grooms have recently changed their approach to the planning of their big day. Wedding traditions were broken in 2020, by choice and necessity, and this trend of personalization is predicated to continue well into 2021 and beyond.

Traditions are shifting or are being completely thrown out as couples feel more comfortable straying from the norm and customizing their wedding day to include only what they truly want. May it be less societal pressure to stick to tradition, or couples not feeling they have to please those funding the wedding as they are paying for the wedding themselves, brides and grooms are creating wedding days that are perfect to them.

One traditional reception activity that has steadily decreased in popularity in recent years is the classic bouquet and garter toss.

Kelly Jones, the founder and lead planner at Roan Wedding and Events, says when she got married in 2016, she felt a requirement to take part in the bouquet toss. But now when she helps couples plan their reception, brides will often tell Kelly that they would rather not have the spotlight on them during a bouquet toss, or that logistically there aren’t enough single people in the crowd for the toss. This causes many brides to decide to ditch the bouquet toss completely.

The average age of brides and grooms continues to steadily rise across the United States, adding to the lack of single people at the reception. This has played a role in the bouquet and garter toss becoming more and more infrequent.

Meris Gantt, owner and principal planner at The Whole Shebang, said she sees less than half of brides she works with choose to take part in the bouquet toss. The ones passing on this tradition typically don’t replace it with anything else.

A popular yet traditional wedding reception activity that is still seen frequently is the designated formal dances: the mother-son and father-daughter dances. As a special time to honor family members who’ve had an influence on the couples, brides and grooms are now customizing these formal dances to honor more family members.

Megan says at a wedding just a few months ago, a bride with two older brothers chose to have a special time to publicly dance with both of them as a way to honor their role in her life.

Brides are even honoring their grandparents with special dances. Megan shares the story of one bride who had a special connection with her grandfather and chose to honor him with a formal dance.

“We had a bride whose grandfather had to have heart surgery, and then she also ended up having the same medical condition and had to have heart surgery as well,” Megan says. “He promised her that he would dance with her at her wedding. So she ended up playing a special song for him and they danced together, and it was just really precious because with both of them having the same heart condition. It was just uncertain if they would able to be there and to have that dance.”

With COVID-19 regulations decreasing wedding numbers in 2020 and into 2021, Megan says more couples are including their parents in their wedding party. For the first time in recent months, Megan began seeing brides have their mothers as their matrons of honor. She also had seen a trend of fathers being the best man rise in popularity in 2020 compared to previous years.

COVID-19 has been a reminder to hold those you love a little bit closer, and couples are doing that on their wedding day by publicly honoring their closest family.

Brides and grooms are even taking the liberty to customize their ceremony music, with fewer couples choosing traditional songs for the service.

DJ Karl Mohr of Mohr Fun Events, includes ceremony audio assistance in his typical wedding packages, so he has watched hundreds of brides walk down the aisle in his more than a decade in the line of work. Karl hasn’t played a traditional wedding ceremony with music like the classic “Bridal Chorus” for at least the past five years, he says.

He often plays a different, more eloquent version of well-known songs that connect with the bride and groom.

“Sometimes these are popular songs and sometimes these are special to the couple and they just want to have the sweet sentimental version,” Karl says. “So you're seeing a lot of violin or string quartet versions of songs being used for things like that. It's really neat.”

Megan has witnessed couples choose an Elvis Presley song or a song from the “Harry Potter” movies to customize their big day. An increasing number of couples are moving away from the traditional even in terms of ceremony music.

Time to Join the Livestream

It would be impossible to discuss wedding trends over the past year without acknowledging the rise of livestreaming. The trend toward smaller wedding numbers with a livestream option has transformed the wedding industry.

If a high quality livestream is important to a couple, Meris suggests hiring a professional or using a technologically-savvy wedding attendee to ensure everything runs smoothly during the day.

A wedding Megan helped plan last year had guests who were divided up into different rooms in order to maintain social distancing and follow COVID-19 guidelines. Livestreaming was crucial in allowing all guests to feel like they were a part of the special reception events.

Streaming reception activities beyond the ceremony has been a popular trend in recent months, Kelly says. This allows family members and friends unable to attend the wedding to be able to see more than just the ceremony — they’re able to partake in the party afterward.

Whatever Makes You Happy

Recently, brides and grooms have been feeling more freedom to customize their special day to make themselves happy. From late night snacks with an ice cream cart to a cigar rolling station, to an open mic time or even a gourmet s’mores bar, there are ways to leave tradition behind and make your wedding a day for all to remember.

"I think that brides and grooms should do whatever in the world makes them happy,” Megan says. "I think that for so long we tried to fit into a mold of this is what you're supposed to do at your wedding ceremony or at your wedding reception. That idea has kind of gone by the wayside. If you want to do traditional bouquet and garter tosses, then go for it, and if you don't, then don't. If you don't want to do a ceremonial cake cutting and you just want to have Little Debbies as your dessert bar, then do it.”

The following tips were gathered from local wedding planners.

Budget: If you want a live band, does it fit in your budget comfortably?

Logistics: If a DJ or a band is at your wedding, is there enough electrical power at the location for them to set up equipment?

Quality of sound: Would you prefer a live sound or a recorded sound for your day?