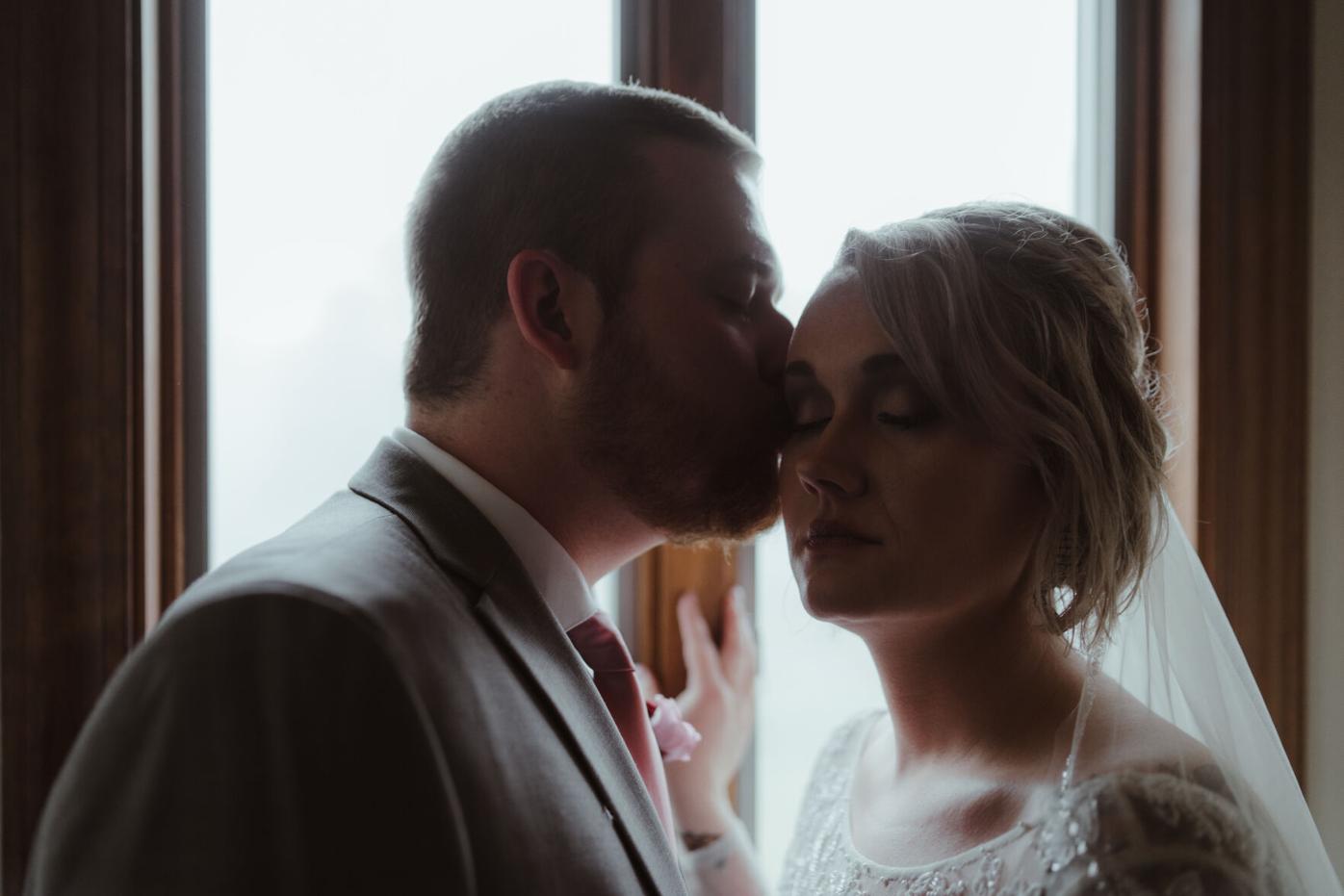 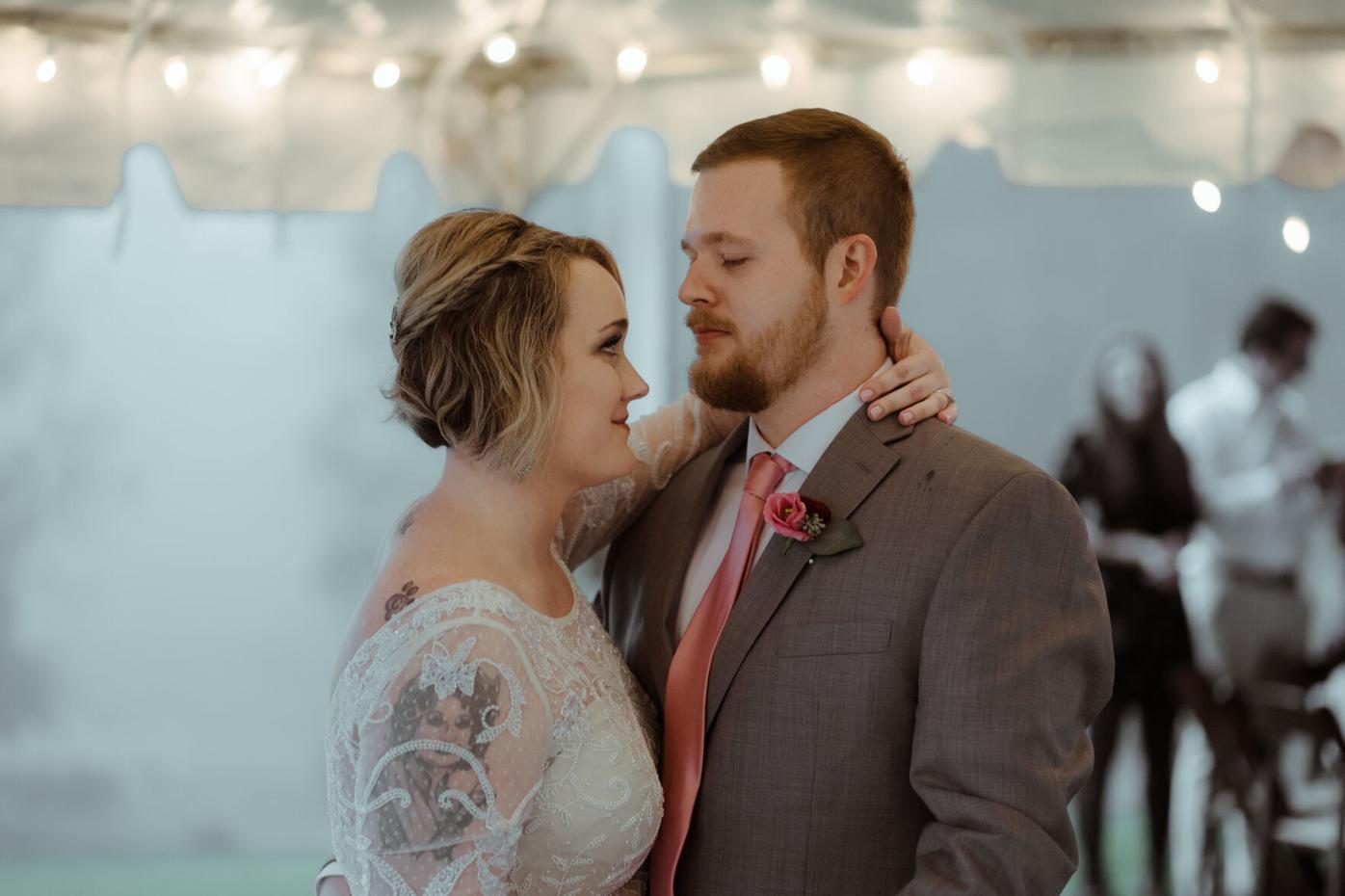 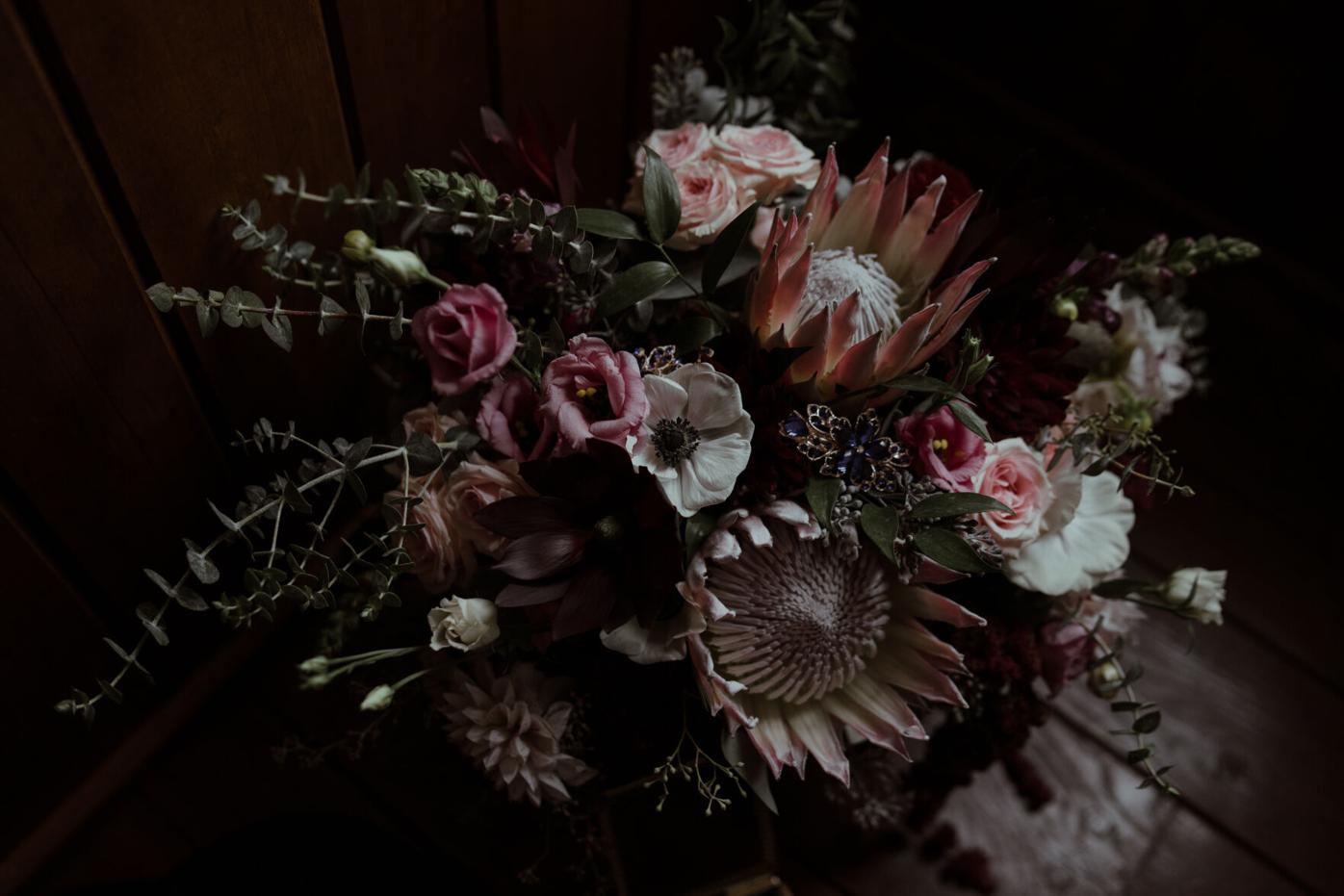 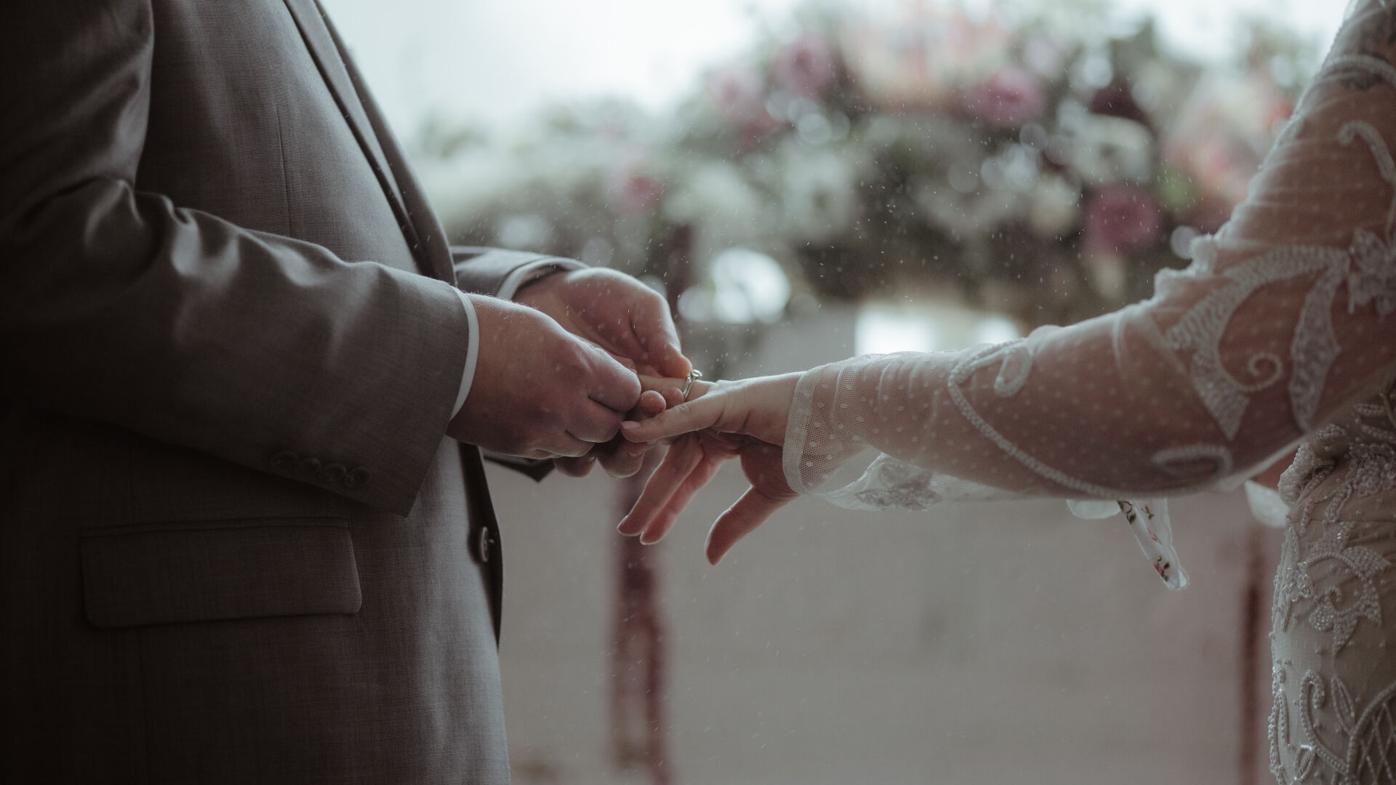 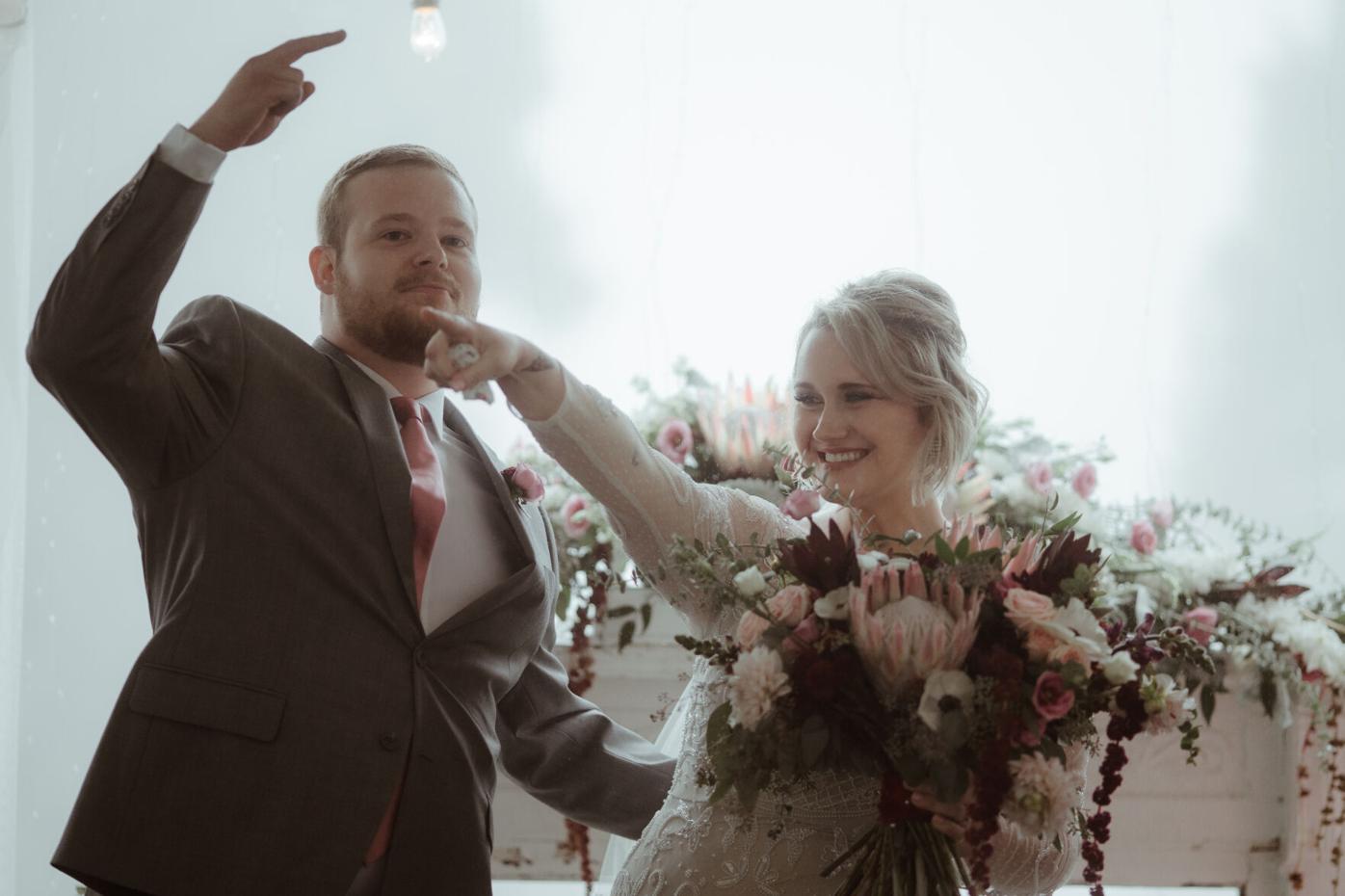 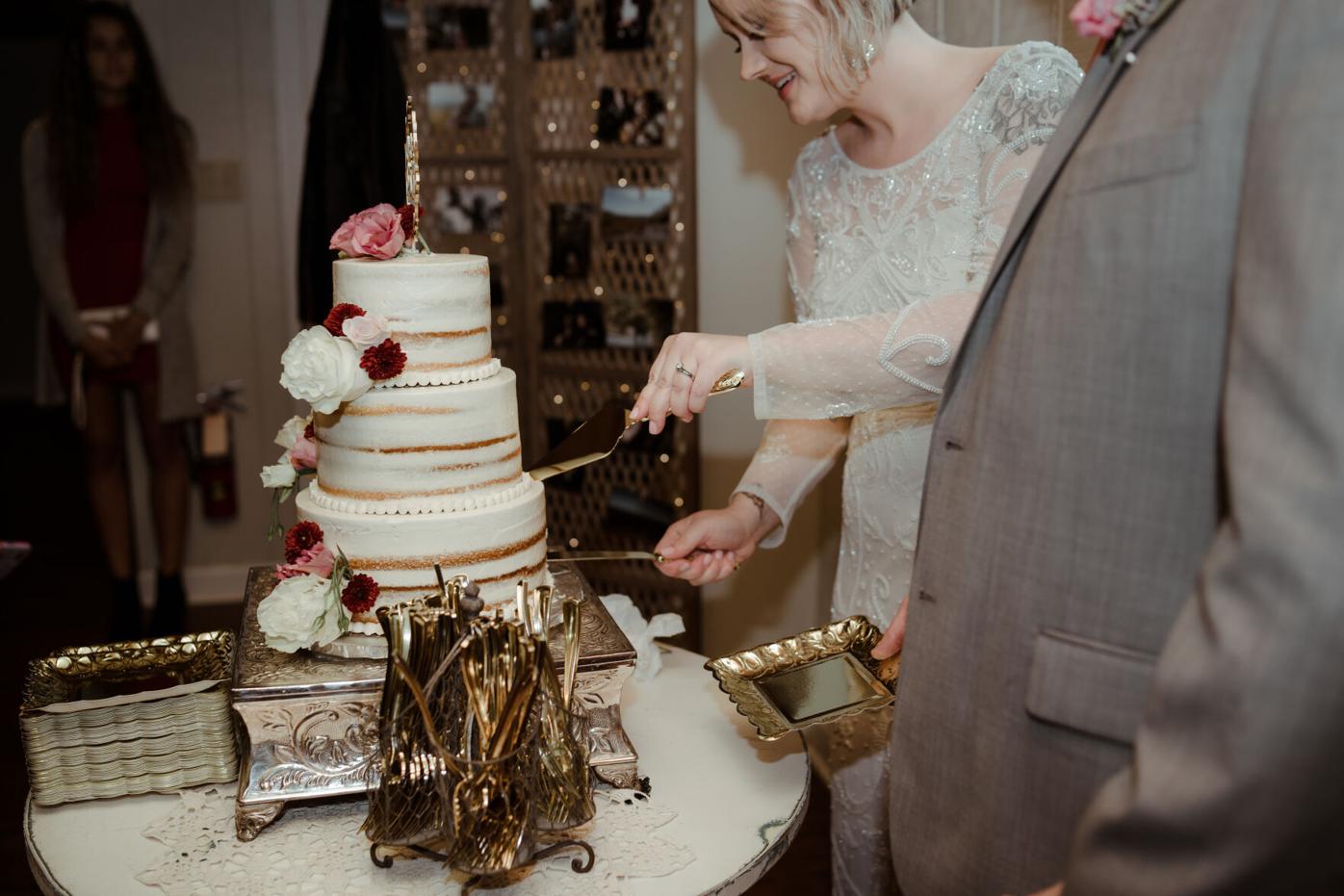 A hug, several thousand (or more) pizzas and a hurricane — those are just some of the special, intricate details that made Virginia’s and Evan’s wedding day special.

This story begins in 2011 in Spanish II class at West Oak High School in Westminster, S.C. It was there that Virginia, a junior, and Evan, a sophomore, would “meet” for the first time. Meet is an interesting way to describe it, as Virginia mostly sat at the front of the class, whereas Evan happily opted for the very back.

Originally from the Atlanta area, Virginia moved to Fair Play, S.C.,in 2008 to join her mom who also moved to the area to open the first location of Carolina Pizza Co. She helped her mom throughout high school before graduating in 2012 and moving back to Atlanta for cosmetology school. The following year, her mom would relocate the pizza store down the road in nearby Walhalla.

“The college thing really wasn’t for me,” he says. “So I started working more and taking on more responsibility.”

Carolina Pizza Co. was a tight-knit ship led by Virginia’s mom and run by a close group of friends. Virginia would often return home from working, now in Greenville, to help at the store on weekends and hang out with her friends — Evan of course included.

“We knew of each other,” Virginia says of her and Evans' relationship at the time, “and we would all hang out together, but I was actually with someone else at the time.”

Evan says he was attracted to Virginia from day one, but kept his distance, choosing to “swoop in” as he described it, should the right moment present itself.

Recovering from a breakup from her then boyfriend, Virginia sought the comfort of her friends one night. As she was leaving to go home, Evan decided to walk her out and before hopping in her car the two hugged.

“It was the type of hug where everything just melted away,” Virginia says.

Evan agreed, in fact, the two would separately write about that fateful hug years later in their wedding vows to one another.

The two officially began dating in June 2017 with Virginia now temporarily living with her grandparents back in her South Carolina hometown and Evan nearby. However, all would change in July when Virginia’s mom approached her about opening a second pizza location in Boone.

“I instantly said ‘yes’” she says. “I was so ready to do something else, and this was a great opportunity.”

Unfortunately, this would mean the two were now in a long-distance relationship — but they made it work. Whenever he could, Evan happily made the drive up the mountain to help Virginia with the restaurant and spend time together.

After a year and a half in June 2019, the two closed the gap and moved in together —Evan now running the Boone store with Virginia. With a ring made with a diamond previously owned by Virginia’s namesake and great-grandmother, Evan made another big step and proposed on Nov. 11, 2019, at the Sierra Nevada Brewing Co. back gardens.

“I remember just being so nervous” Evan says, but Virginia responded with an overwhelming ‘yes.’

From there, the planning was in full force. The two knew they wanted something on the smaller side, and this worked in their favor as early 2020 crept along and limitations on group gatherings began taking hold.

For vendors, they selected businesses like Stick Boy Bread Co., The Cardinal and Booneshine Brewing Company. Virginia found her photographer from looking through local High Country wedding magazines including this one, All About Women and others.

“Boone has been the biggest blessing,” Virginia says, “I came into my own here and I wanted to show that to our guests, what is quintessential Boone.”

Their entire family, and especially Virginia’s mother, were essential in the planning and roll-out of their wedding Virginia says. The mother-daughter duo share a love for antiquing, so when it came down to décor, the two set off to more than “25 different thrift stores looking for what I needed,” Virginia says laughing. “But I love the hunt, so it was a lot of fun.”

“I love things like depression glass and beautiful ornate florals,” she says, and when it came to her color palette, she looked no further than country singer-songwriter Kasey Musgraves with rich gemstone accents and never shying away from something sparkly.

“She’s a woman that knows exactly what she wants and goes out and gets it,” Evan says teasingly.

In fact, much of their planning and preparation went smoothly, Virginia says. With their wedding slated for October 11 at the Appalachian Mountain Lodge in Boone, and summer in full swing, much of the planning and decision making was complete.

It seemed not even a pandemic could stop Virginia and Evan from making it to the altar, but of course, mother nature had one last surprise in store.

Wedding attendees were set to arrive on Friday, the rehearsal dinner was to be on Saturday and the big day on Sunday. Unfortunately, heavy rains resulting from the hurricane led to delays in delivery of the outdoor tent among other items, and left the couple with little down time.

However, if there’s one thing that the couple knows, it’s about teamwork. Amidst the torrential rain, everything was set in place right on time.

“If it wasn’t for our families being willing to help us and stay up until 3 a.m. getting everything ready, I really don’t think we would have had a wedding at all,” Virginia says.

With the ceremony outside, and the lawn soaked from the days of nonstop rain, a barefoot Virginia made her way down the aisle. Realizing suddenly she had never seen Evan in a suit, Virginia froze in her tracks.

So astonished in fact that as Virginia stood mid-aisle taking in the usual sight, she exclaimed, “you look so (expletive) good!”

Once the couple made it to the front, they both recall the following moments dissolved into a happy blur — not forgetting of course to give each other a long hug before saying their ‘I do’s.'

“She looked so beautiful,” Evans says thinking back to that moment.

True to their form, once the ceremony was done, it was time to party. Virginia now in bedazzled, white wedding crocs and a black leather jacket with ‘Just Married’ painted on the back, and Evan in his show-stopping suit, the couple and their guests celebrated well into the early hours of the following day.

The couple originally planned to spend their honeymoon in Nashville, but have since now decided to spend the money gifted to them as a down payment on their first home together.

“It’s definitely a fixer-upper,” Virginia says, “but we are just so excited to build and make our little slice of heaven here in the mountains.”